Shabaka Hutchings On the Mercury Shortlist and London's Jazz Scene 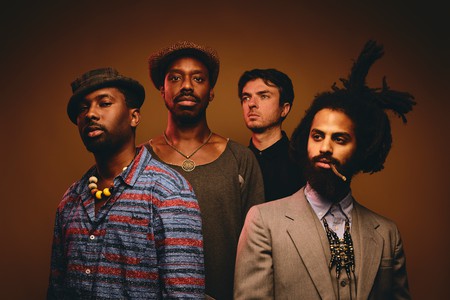 Among a relatively mainstream Mercury Prize shortlist for 2018, Sons of Kemet’s unique concept album – which focuses on influential black women throughout history – stands out. Shabaka Hutchings, the band’s saxophonist and clarinetist, discusses the nomination with Culture Trip, and explains why it’s sometimes good to be the ‘underdog’.

You could say Shabaka Hutchings is something of a veteran when it comes to the Mercury Music Prize. His band Sons of Kemet has been nominated this year for their album Your Queen is a Reptile, a high concept LP about female empowerment, history and myth.

But it’s Hutchings’ second time as a nominee; the musician’s other band, The Comet Is Coming, was shortlisted two years ago for Channel The Spirits, but lost out to Skepta’s Konnichiwa. Hutchings is facing some stiff competition again this year, including Arctic Monkeys, Florence + The Machine, and Noel Gallagher’s High Flying Birds. 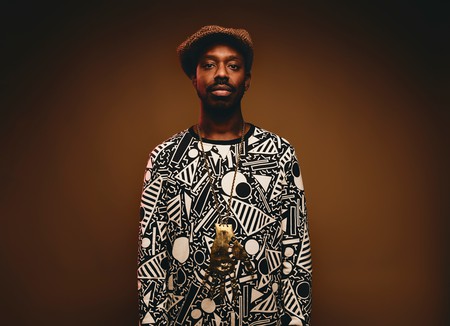 Culture Trip: What were you doing when you found out about your nomination?

Shabaka Hutchings: We were on our way to a festival in Portugal. We were really excited. It feels like we’ve been on the road for ages. When something like this happens it’s great because it gives us an extra burst of enthusiasm.

CT: What does it mean to you to be nominated?

SH: A lot of people who might not have been introduced to your music will now at least give the album a shot. Another thing is, it’s an industry signifier. It shows that you’re a band that has achieved a certain level or acceptance within the industry.

CT: Do you have your winner’s speech planned out?

SH: I think it’s good to be prepared for any eventuality so I have a gist of what I would say if we did win. More importantly, I know what we would do with the money. We would use it to take trips around the world to places that we want to study and meet musicians. We want to spend time in Lagos, South Africa and the north of Brazil. We want to experience Carnival in the Caribbean as a band.

We’d use it to have these epic learning musical experiences and record with local musicians so then we’d have a killer worldwide album.

CT: Does it annoy you that jazz is seen as a token nomination?

SH: No, in some ways it’s good to be the underdog. The scene is changing. There’s so many jazz albums to pick from. Creatively there’s a lot of integrity. I like that people’s first reaction is ‘token jazz album’ and then they might listen to it and go: “Well, this isn’t what we imagined it to be.”

CT: What do you think of this year’s shortlist?

SH: I’m not that excited about it. I’ve listened to most of the albums and there’s nothing that’s sparked me off creatively. I don’t say that in a way to diminish the individual artists but I’m quite a specific listener of music. It’s strange because it feels like it’s a list that is trying to hark back to what we imagined the musical landscape to be a few years ago.

Apart from King Krule. I really like his album. I like his intensity and I like his vision. Other than him I’ve not really been blown away.

CT: How did you come up with the concept for your album?

SH: The concept of female leadership, of who we actually proclaim to be our female leaders, stems directly from the #MeToo movement and the movement to deconstruct the patriarchy around us.

I started to think, I can name ten males throughout history who have inspired me but when it comes to powerful female leaders it wasn’t that easy to just reel off ten names. That led me to research female leaders in history and how I imagine them to be.

CT: Talk to us about the cover image for your album.

SH: It’s a collaboration between me and Buthelezi, an artist from South Africa. He came up with a very powerful image of ten regal tribeswomen. For me, the image said something about the strength and determination of the women I was portraying in the album. From Doreen Lawrence and Angela Davis to Harriet Tubman, they were determined to work towards making the world a better place.

CT: What do you think of the jazz scene in London?

SH: It’s healthy. London has always had a very vibrant scene but at the moment we’ve reached a critical point. It’s a perfect storm; really good artistic work, an audience that loves the music and the eyes of the media that appreciates what’s happening.

CT: Where are the best jazz nights in the city?

SH: There’s Steam Down in Deptford which is a great new night. It’s always full of young people and it’s a very community based. It’s free to get in. You give donations for the entrance. Wayne Francis, who used to play sax in United Vibrations, runs it and there’s always a rotating cast of the best of South London’s jazz scene.

For more orthodox jazz there’s The Vortex and Cafe Oto [in Dalston]. The Haggerston on Sunday evenings is the place to be if you really want to see amazing swing, jazz and bebop. It’s been going for 15 to 20 years. I would be there every Sunday 10 years ago. It’s still going with the original people and the vibe is amazing. If you really want to see where all the jazz players you see today have come from, it’s a great place to start.

The 2018 Hyundai Mercury Prize will be taking place on 20 September at London’s Eventim Apollo.