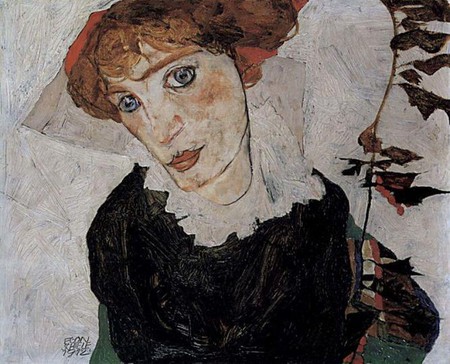 We’ve all been there. Sat comfortably on the couch, watching a movie with our parents, when before you know it, the actors on screen start to undress each other. Your living room starts to shrink and that one, particular subject they have tried to talk to you about before, yet you creatively avoided, begins to resurface. Meanwhile, you’re focused on keeping your eyes on the screen because you’re 14-years-old, totally enthralled by all of the flesh and have multiple questions you’re hoping will be answered. Instead, your mom instructs you to look away. Be prepared to have this feeling evoked by Egon Schiele’s Radical Nude exhibit. 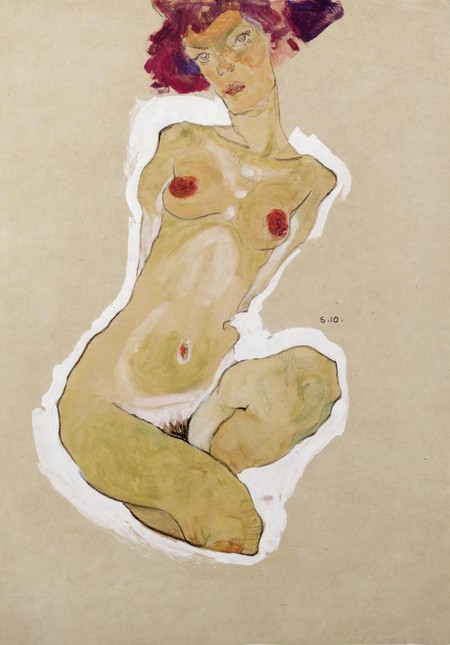 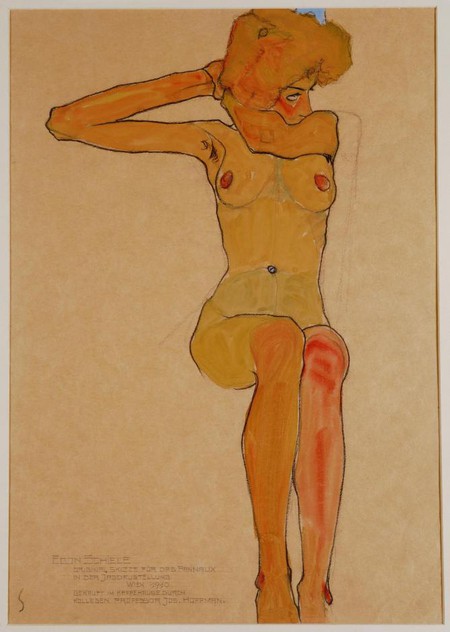 The two-roomed exhibit was filled with people avoiding eye contact with each other. All around us a fashion show took place, except unattired and consisting of body, form and anonymity. Some of Schiele’s models lay down in boots whilst some preferred to squat. It was an acrobatic sensation of who could spread their genitals the furthest apart. ‘Eroticism is sacred,’ read the wall, a direct quote from the Austrian-born artist. The expressionist was infamous for accentuating the inappropriate to discuss. Most visitors had likely never stood so close to a stranger whilst experiencing another woman’s gynaecology exam before. It was definitely a day of new indulgences, for which we were all grateful. 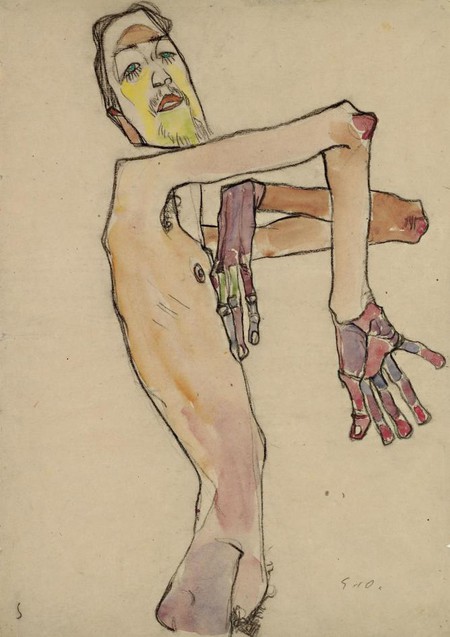 The models were candid and unadulterated. None cared or looked like they were disappointing their parents. Instead, their facial expressions rode backseat to their bodies, their minds occupied. Faces faded away and the contortioned forms spoke for themselves. There was excessive usage of black chalk and a lot of reds, pinks and beiges. ‘Newborn Baby’ made in 1910 remains a superb example of the artist’s mastering of the techniques in associating context with composition. This is displayed in Schiele’s awkward structuring of the baby’s body, as it appears to be wriggling off the page. Babies don’t lay still. He knew that. 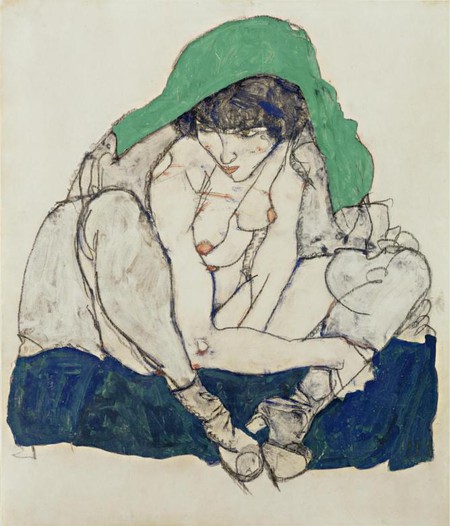 Afterwards, three male nude portraits were displayed along the wall. Rumoured to be self-portraits of Schiele, duplicate signatures of his were found on each print. This could mean that there are multiple views of each, that they can be viewed horizontally and vertically, therefore extending Schiele’s perspective and connection to his audience. He was aware of every point of view his work could be seen from, and despite his untimely death at age 28, the themes which he explored remain prevalent to audiences of the 21st century. 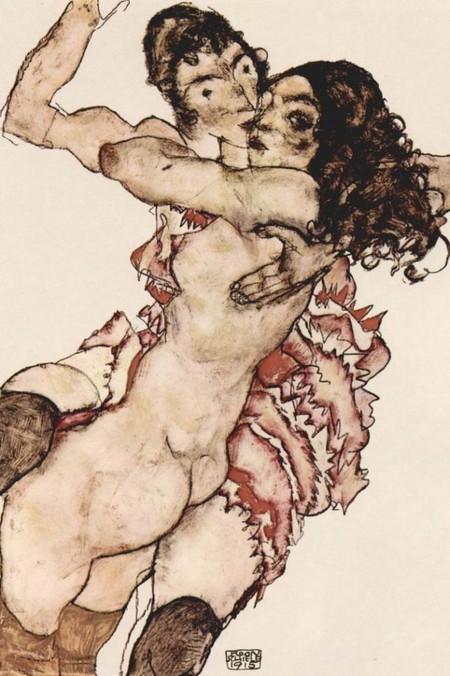 In terms of body language and movement, there was a certain amount of disturbance to his subjects. Positions felt interrupted, such as Male Nude with Legs Spread of 1916 or Female Nude Back View of 1917. It is clear that the audience have invaded the model’s privacy, yet a lack of empathy lingered in the air at the Courtauld Gallery that day. With the help of the worldwide web, breasts and spread legs have been seen in every possible way. The erogeneity of Schiele’s focus must have made people experience something that hadn’t been felt in public before.

Being undressed can become its own outfit and Schiele expresses this perfectly. As a child, being naked seems so easy; you don’t even have to wear anything to do it. Those who are framed and hung naked in Schiele’s exhibit at Somerset House were comfortable with their bodies becoming publicized because they recognized the beauty of exploring themselves. Schiele confrontationally epitomized the fascination human beings have with life, death, sex and self-image. You can’t help but want to high-five him for rejoicing what we cover up every day and hide beneath in turtleneck sweaters and cigarette pants.