See Inside the Beautiful Bohemian Home of the Petersham Nurseries' Owners 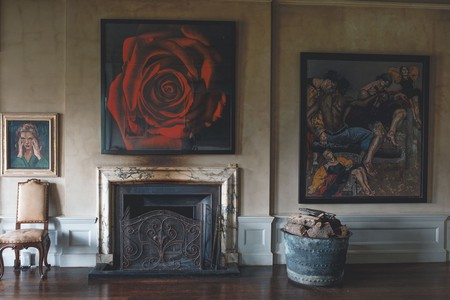 Hippies at heart and seasoned travellers, Francesco and Gael Boglione’s home in Richmond is a reflection of their personalities, mingling treasured finds and a quiet rustic charm to create an interior that’s understated despite the house’s 17th-century grandeur.

This beautiful home of the Petersham Nurseries owners is just one featured among 24 others in new book The Maverick Soul: Portraits of the lives & homes of eccentric, eclectic & free-spirited bohemians. From apartments to stately homes, the book explores the private properties of intriguing creatives, ranging from the French village house of author and stylist Miv Watts, who began her career as Burberry’s window dresser, to landscape artist Luke Sciberras’ remote Australian retreat in Hill End. An excerpt of the book, courtesy of Hardie Grant, is available below. 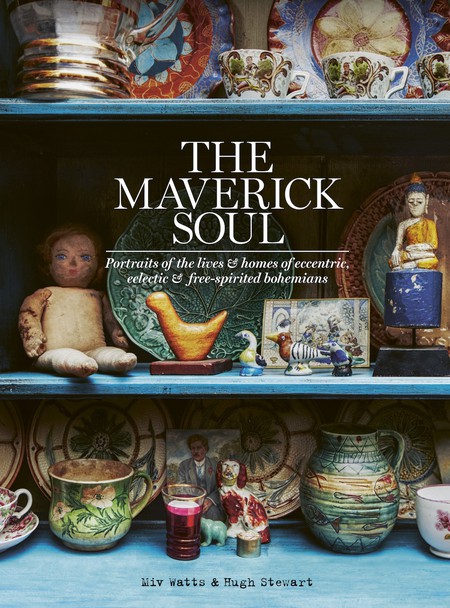 Excerpt from The Maverick Soul: Portraits of the lives & homes of eccentric, eclectic & free-spirited bohemians

From Francesco and Gael Boglione, by Miv Watts and Hugh Stewart 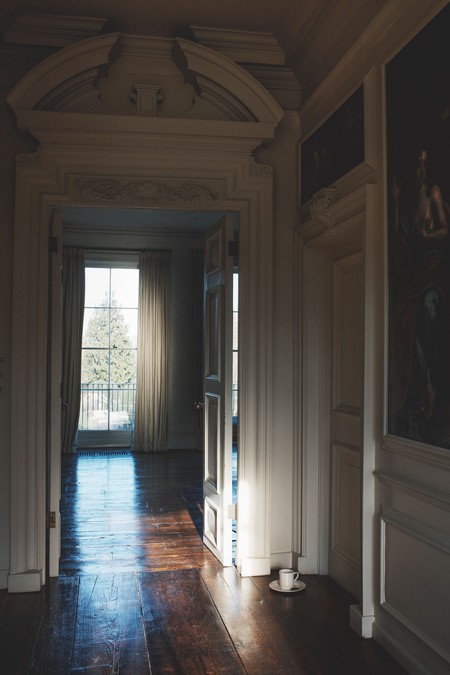 Hidden down a secret alley, somewhere west of Richmond’s sprawling deer park, is Petersham Nurseries. This Arcadian oasis is the work of the Bogliones, a visionary couple who were prudent enough to buy a failing nursery next to their home to avoid the land falling into the hands of a property developer. What transpired is a labyrinth of cobbled paths, laid out between charmingly rustic, greenhouses, passing vegetable and herb gardens, wandering hens and a paradise of peonies, hortensia, jasmines, lilies and other fragrant species that perfume the air with exotic aromas and pull us – oh so willingly – into a retail space equal to an Indo/French haveli or French château, where we can buy anything from a beautifully formed shovel or a rustic old basket to an intricately carved armoire. Finally, but by no means least, through an extraordinary wide glasshouse, a respite from this eclectic visual overload may be claimed at an old colonial table laid with an array of slow food, seasonal organic dishes all freshly picked, laid or procured from the actual garden or the devoted artisan suppliers. 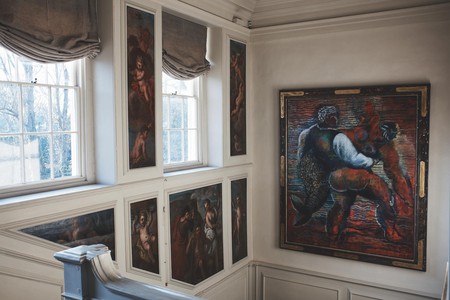 While Francesco gets ready for a business lunch, Gael talks of how she came to London at the age of 17, fresh from a modelling career in Sydney, during the late 1970s. Arriving in the wake of the Aussie invasion of designers and artists like Jenny Kee and Martin Sharp, some 10 years their junior, she met up with her collective country folk and became part of this protective fold. Over the years they have all remained friends and supported each other; a habit refreshingly Antipodean, tight-knit and exceptionally warm. With her genuinely expansive personality, it was only a short matter of time before Gael would attract a hot-blooded lover, and from the moment they met, though neither had a specific plan, they knew they would leap hurdles together for the very long run. ‘My father said, “Never marry an Italian!”’ But in 1979, marry him she did. 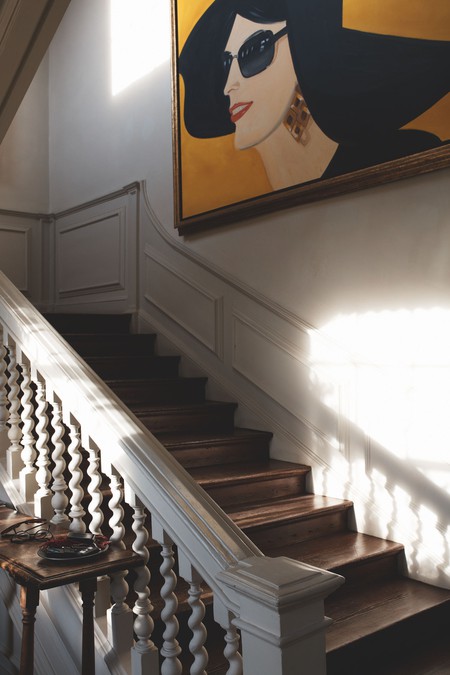 At 27 years old, after living an itinerant life as a hippie in Afghanistan and India buying and selling artefacts, Francesco’s father demanded he ‘buckle down’ and get a proper job in insurance. Eventually, having expanded into offices in Rome, Venice and London, Francesco almost disappeared under the crushing wheel of stress-related health problems; after surgery, his inner hippie resurfaced and the couple, together with their four children, contemplated a less city-based life. At a cricket match in Richmond, with their friends Mick Jagger and Jerry Hall, they were told of a beautiful but dilapidated Queen Anne house for sale just around the corner. Forsaking the match, Francesco went hot foot to peer over its walls. He was instantly smitten. 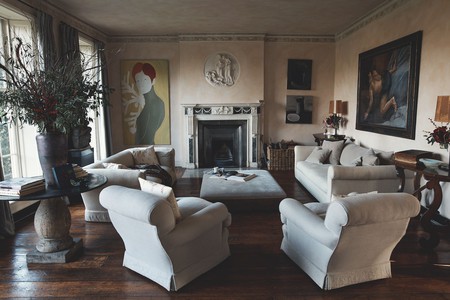 In 1998 they sealed the deal on the house and Francesco took off back to India to fill containers with antique colonial furniture and architectural pieces. These, along with Balinese artefacts, decorate the restaurant today.

‘We never had a plan for anything but I wanted to keep the Englishness in the house and we began in a simple way and pulled the house together over a period of five years. Francesco keeps me on my toes and annoys me on a daily basis. The oldest part of the house is the guest suite and I really stripped everything back to its purest form there. I wanted to keep it very simple.’ 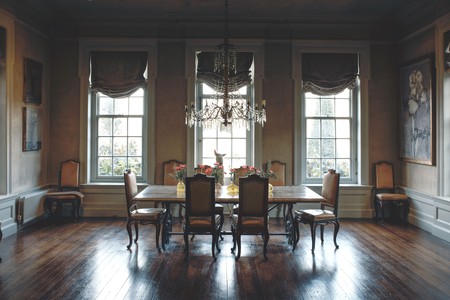 Two years after buying the house, they bought the nursery and most of the family became involved to some degree in building the business. Lara, their eldest daughter, has no intention of working at the end of her parents’ garden for the rest of her life and plans to open a Petersham-style business at the old Moss Bros building in London’s Covent Garden. Harry will supply the restaurant’s vegetables. Ruby, blessed with her mother’s exquisite taste, will buy for the retail space, Anna has her own theatrical company and will organize events. The wonderful thing about this is the ethos they have passed on to their children. Gael explains there would be no point to all this without the need to pass it on. The couple have been environmentalists for 30 years and feel proud that their children will continue to uphold the integrity behind their conscientious passion for goodness and sustainability. 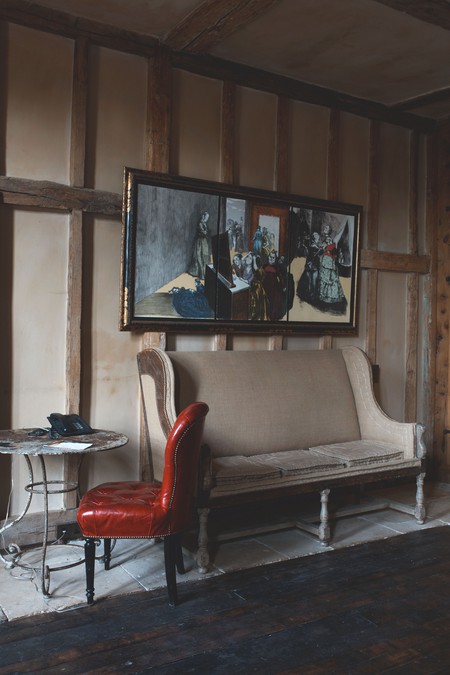 Later that morning, Francesco – suited up and looking every bit the international Italian businessman – entered the drawing room in a flourish and began to inspect the floral arrangements. Passing his hands hastily over the various vases like a butterfly seeking nectar, he deftly broke off a couple of small berries and placed them in his buttonhole. Explaining he was in a rush for a meeting he turned and vanished, taking with him all but my own pocket of immediate air out of the room. Gael later tells me he does this whenever he wears a suit.

And there is the nut of the story behind this home and business; tied together by teamwork, ritual, family and the air they have collectively breathed into making art out of living and hard work. Staying true to themselves and their relatively free-falling vision, they have encouraged many artisans and believers along the way to help create a world that will sustain them all and give back through the nurture and care that makes dreams come true.

Some years ago, when I had my small store in Norfolk, Gael and Francesco came in. It was raining, as I recall, and after thumbing through several ravishing old Indian Kantha quilts they decided on four of the most colourful. Wasting no time Francesco wrapped himself up entirely in all four and stepped out into the greyness of a typical Norfolk day. With a ‘see what I have to contend with’ shrug, Gael happily followed. Fortunately she never took her father’s advice and this couple remain true to their free-spirited ethos, inspiring others with their passion; with no other objective than to choose beauty over adversity, encourage the best from everyone and do everything together. 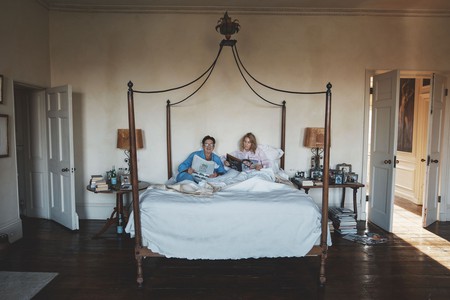 The Maverick Soul: Portraits of the lives & homes of eccentric, eclectic & free-spirited bohemians is published by Hardie Grant; buy the book on Amazon, or directly from the publisher here.