Scaling Up to Truly Giant Cinema 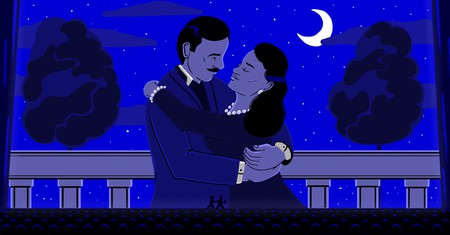 Have you ever wondered just how big the screen in your local multiplex could get? Pondered how loud the stereo sound in your theatre can go if they could turn it up all the way to 11?

Ever since the Lumiere Brothers took an early concept by Thomas Edison in the early 1890s and delivered the Cinematographe – widely accepted as the first cinematic experience – the cinema arms race has raged worldwide. The French duo actually delivered an inferior product compared to the American inventor’s contraption, but they were able to make their projector smaller and less noisy. Audiences cared little that they were being deprived of 32 frames per second, instead fleeing in wonderment from the fabled clip of a speeding locomotive coming towards them.

As with home entertainment equipment, however, the shift from smaller and silent to bigger and louder has seen the humble Nickelodeon evolve into a multibillion-dollar industry. The threat from higher-quality TVs and Blu-ray players, as well as online piracy and legal streaming services, has seen movie theatres launch a series of new gimmicks to keep their audiences happy. Most of these, such as 3D and interactive seats, are old ideas rehashed as new. But one area where the cinema can always trump the home theatre is sheer size.

Unlike audio, which has clearly defined limits according to predetermined sound levels for health and safety reasons, the limits of visuals are more … opaque.

The largest cinema in the world is the Panasonic IMAX Theatre in Sydney, Australia, which is currently closed while a brand-The Gnew theatre is being built. The company responsible for the large-screen format is also behind the largest screen in Europe, with the BFI IMAX cinema in Waterloo, London. 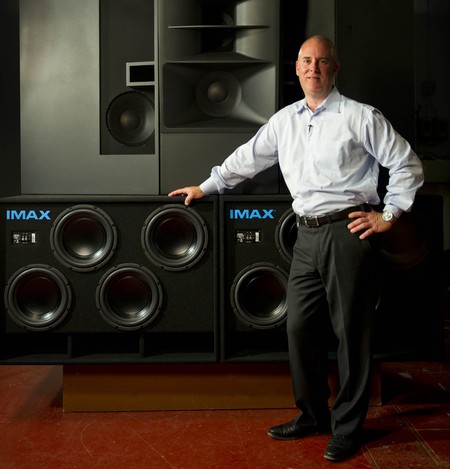 ‘There’s a secret sauce [to producing films specifically for large screen formats],’ says Brian Bonnick, Chief Technology Officer of IMAX. ‘We often work from cradle to grave, but there is no one particular thing we do to keep things immersive. It is a combination of a number of things starting right at the beginning with the camera technology for the filmmakers themselves. Everybody loves to go to the biggest venue … when you walk into the room, it is overwhelming. The screen and experience are nearly always the same though. People just like those big, big venues, but they are really hard to come by.

‘Our biggest screen is the one in Sydney, and that is 117 feet by 96 feet. With the laser technology that is available, there really aren’t any limitations. If we wanted to go, say, up to a 150-foot-wide screen, we could easily do that on the technical front, but it’s very hard to find clients that have venues of that size.’

The full potential of the technology really isn’t about the size of the venue or screen. As Bonnick explains, IMAX cinemas work just as well on the smaller format.

‘We have screens that are around the 50-foot mark. We have a patent on how to convert theatres, but it’s all about immersiveness. How we achieve that is with the sound, of course, but also filling your peripheral vision. It really doesn’t matter about the size of the space we are going into. Think about your TV, which is maybe 10 feet away, and it becomes very narrow cone from the edges of the TV to your eyeball. Now if you go closer and sit a foot from the screen, it becomes a wide cone. It’s a chicken and egg game because as you bring the screen closer to the viewer, you are also highlighting all of the artefacts of the technology. That’s why we have all those innovations. Whatever the size of the screen, we aim to give you that same field of view. That’s the important part. You don’t lose any of the peripheral action.’ 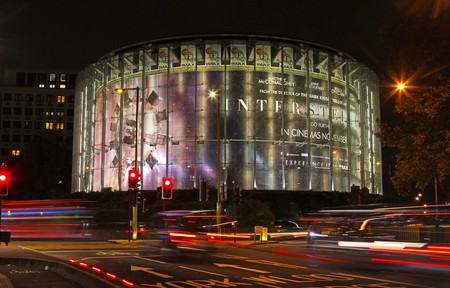 The science behind the large-screen format can be applied at home, too. Regardless of where you are watching, the ideal proportional distance from the screen remains a constant.

Most experts agree that for high-definition digital screens, the optimum distance is 1½x-2½x the diagonal measurement from the viewing surface. The numbers are more tightly confined when applying the formula to 4K ultra-high-definition screens; better resolution means that greater detail can be viewed closer to the screen. The perfect range is lower, but any closer than the 1½x number, and you begin to pick up pixels and ‘noise.’

This is one of the reasons why premium seats still exist in most cinemas. It’s not just the improved comfort levels of nicer seats and a higher class of clientele; it’s also to get the best view in the house. Just like with the royal boxes in theatres, it’s not the higher levels you should be heading for – those are just for show and to be ‘seen’ in.

The ‘wow’ factor of big screens are noticeable everywhere. From bulky watches to smartphones the size of your laptop, screen size is crucial to the consumer.

Perhaps Bonnick has touched on a legitimate reason for this, though. When we all rushed for the thinnest and lightest mobile phones, we never could have imagined downloading a feature-length film and watching it on our hand-held device. Similarly, a decade ago, you would have laughed at anyone who claimed to have a detailed world map strapped to their wrist that you could use to navigate.

Cinema, on the other hand, doesn’t really have a technical reason to get any bigger. With the right construction, even a smaller space can be made to function like any larger format.

There’s something to be said for bragging rights, though. IMAX is very proud to claim the largest screens in the world, as they should be, and we the audience flock to watch films there.

The fact is that cinemas are nowhere near their maximum limits in terms of sheer size. The latest technology means we can go much bigger without any effect on the quality of the image. 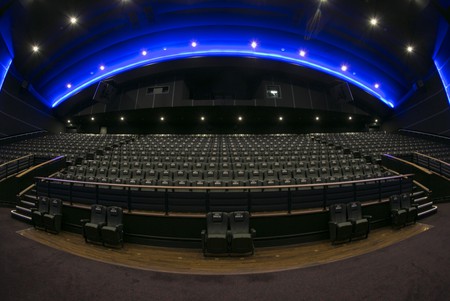 You’ve probably already got the biggest possible screen that can plausibly fit in your living room, even though there are much bigger on the market. And you’ve probably already seen a movie on the biggest cinema screen you are likely to ever visit, even though bigger ones could be built. For the most part, the only real limit on screen size is building a house large enough to hold it.