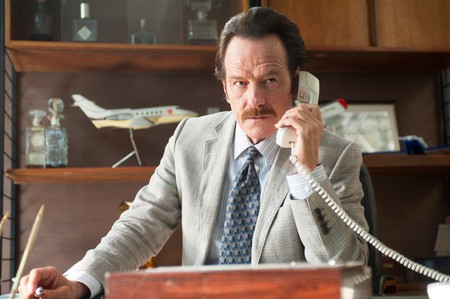 Bryan Cranston as Robert Mazur in The Infiltrator | © Warner Bros.

This week sees the release of The Infiltrator, a film based on the true story of customs agent Robert Mazur who went undercover and took down a money-laundering network closely associated with the notorious criminal Pablo Escobar.

We spoke to Mazur, whose extraordinary book about his longterm investigation is the basis of the film, that stars Breaking Bad’s Bryan Cranston, and began by asking him if he still felt he was in danger from those he brought to justice.

Does it feel like you are under any further risk now, with the film of the investigation coming out and bringing the story back to people’s minds?

There have been many stories like this told, not of this specific investigation obviously, but in things like Donnie Brasco for example, so its not a new thing.

There’s certainly a way for people who do this kind of work, for a need to heighten awareness about security more than a normal person who doesn’t do that type of work. Obviously to be a person who does this to begin with you have a tendency to be at higher risk so that’s part of the evaluation process. 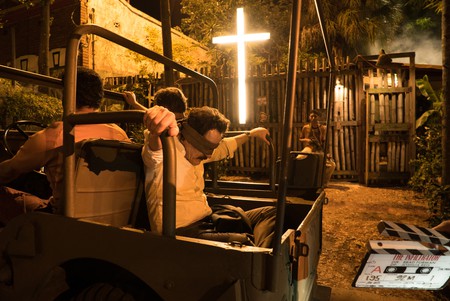 It’s interesting to hear you say that, and mention some of the qualities that are required for longterm investigations. What else would someone need to undertake in that kind of task?

I would probably have to ask the psychologist who is involved in the the long-term undercover training courses!

That was something I was really blessed with, I had an agency with enough foresight to recognise that it was important for the undercover agents to be psychologically profiled and be psychologically evaluated during the training process and even during the process of working as an operative.

This is a type of work that is very abnormal and you wind up with normal reactions, to abnormal environments that need to be managed.

We’ve seen these type of horror stories in the media, I know just in the last year or so the incident with the Greenpeace investigation where the undercover agent married the lady who was the focus of the undercover operation and they had a child together. That was the most remarkable article I have ever read in my life. I can’t imagine a greater horror story than that.

It does seem like a very seductive lifestyle, that’s certainly something we see in the film, were there ever moments where you had sympathies for the people were investigating?

The seductive nature of this work is true but in a different sense for me. It’s taken me writing this book to evaluate the reality. I have been seduced by the idea of getting information that nobody else on this planet can get. I found myself crawling through the reality of the real world into the underworld and convinced myself I was at such a high level that no other undercover agent was ever going to get there. I became possessed 24/7 with the idea of being able to put in all my energy in getting that unique information, actual information.

I got into this job, as most law enforcement agents do, for being able to make a difference and, my goodness, in what other way can you actually feel and taste the difference. To be able to convince people to trust so that they give you their deepest and darkest secrets about a tonne of cocaine, for example, hidden in a warehouse after five or six conversations. That became my drug of choice. My heroin. 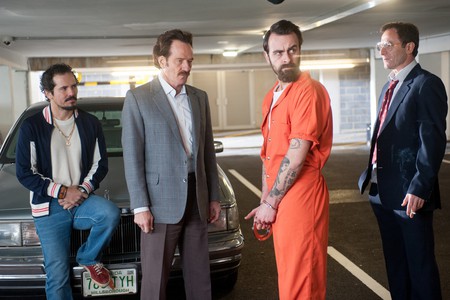 Bryan Cranston as Robert Mazur and the rest of his undercover team | © Warner Bros.

How does technology, and modern technology, potentially effect the work that undercover agents do. Would any of it have been beneficial to you?

I think that longterm undercover agents of today need to be very mindful of it.

The sophistication of databases today and the very easy access to it is remarkable in comparison to back in the day when I did the undercover work portrayed in the film.

There is other technology as well, I mean there is technology out there that would enable you, as I’m sitting in this location that you are unfamiliar with and with a cell phone to my ear, there is technology that will bring you to the front door if you have information about my device.

None of this is insurmountable. It is something that is critically important to know so that you can build in defenses that you need to build to defend yourself against those problems. So it’s just that it’s complicated the game now. If you use that technology to your benefit, you’ll get to be a victim of it while not being aware of it too.

What does Bryan Cranston bring to the world you worked in with regards to the film?

Bryan is a remarkable human being. He brought his tremendous talent as an actor but he also brought his tremendous insight as a person in the industry that shaped the screenplay. It had a massive impact on the chemistry of the talent on set. He is a person who is an obsessive/compulsive, something he laughingly accused me of being, he is that equally.

He spent a lot of time speaking with my family and he takes his craft very, very seriously. You couldn’t even begin to imagine how hard he would work. It’s not even like he is working that way because he thinks that’s the way to work, he just is that detailed in his approach. The detail that went into him transforming himself into the Robert Mazur that he felt was the best fit for the film is remarkable.

And how closely were you involved in the production of the film?

The film is made for entertainment, and the book is my version of the truth. They are apples and oranges.

In respect to the film, I know people that had been in my shoes who probably never get the opportunity to talk with people who are involved in making their film.

There is only one captain to the ship of making a film and that’s the director. So if there is anyone who has the check of everything that happens, it’s of course that person. But in this case Brad Furman is so talented, and for me he is what some people might consider a throwback, like some of the greatest directors of the past, and he’s not afraid of ideas. He’s not afraid of what other people might suggest. He’s a sponge out there when it comes to ideas that come from every angle of production. I’m very fortunate that he listened to a lot of the things I shared with him.

THE INFILTRATOR is released in cinemas today