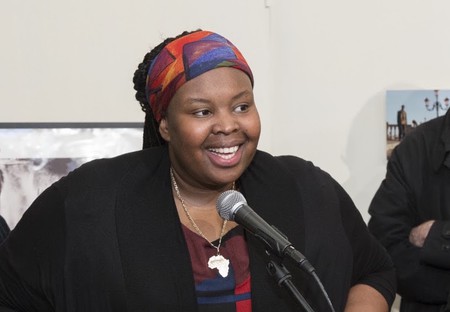 A year on from the Grenfell Tower fire, Culture Trip remembers the young artist Khadija Saye, one of the 72 people who lost their lives in the tragedy.

Breaking into the art world is an exceptionally difficult task, something only a very small percentage of artists ever manage to do. Khadija Saye was one of those artists.

Born in London, Saye lived and made art in the Grenfell flat she shared with her Gambian mother, Mary Mendy. After completing her Photography BA at the University for the Creative Arts in Farnham, Saye held a job as a care worker so she could pursue her creative dream. 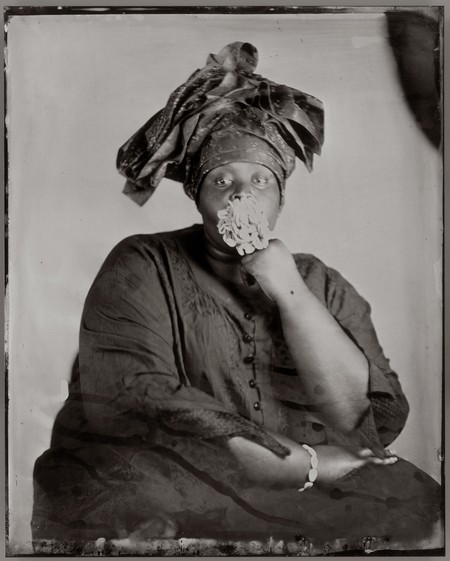 Just a month before the events of 14 June 2017, Saye had shown her work at the 57th Venice Biennale, the most prestigious event in the art calendar. She was exhibiting at the Diaspora Pavilion, curated by David A Bailey and Jessica Taylor. The show was part of a two-year initiative that matched 12 emerging artists with 10 mentors who could provide strategies on how to make it in the world of visual arts for artists from culturally diverse backgrounds .

It was in Venice that Saye’s work received critical acclaim. Gallery directors, curators and the press took notice of her powerful photography series Dwelling: in this space we breathe (2017), which was made with the help of artist Almudena Romero. 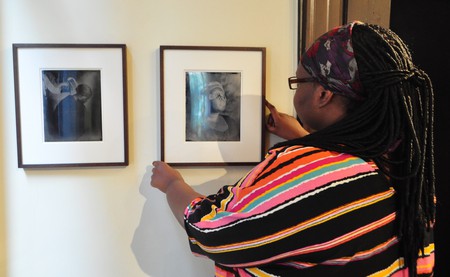 Khadija Saye positioning her work, Dwelling: in this space we breathe (2017)  in the Diaspora Pavilion | Photo: Izzy Castro

With Dwelling, Saye explored the traditions of spiritual practices in Gambia. The series emerged from Saye’s need for spiritual grounding in the aftermath of trauma, and became a way to visualise that embodiment of personal grief in the black experience.

By photographing herself interacting with sacred objects used by spiritual healers in Gambia, Saye delved into the act of ritual and personal healing. The process by which the images were made was, in itself, a kind of spiritual ceremony. Wet-plate collodion tintypes create a one-off image that cannot be replicated and allow the photographer only limited control over the final outcome. The plate is submerged in silver nitrate like a baptism; once the light-sensitive plate is exposed, it has to be developed in just 15 minutes. 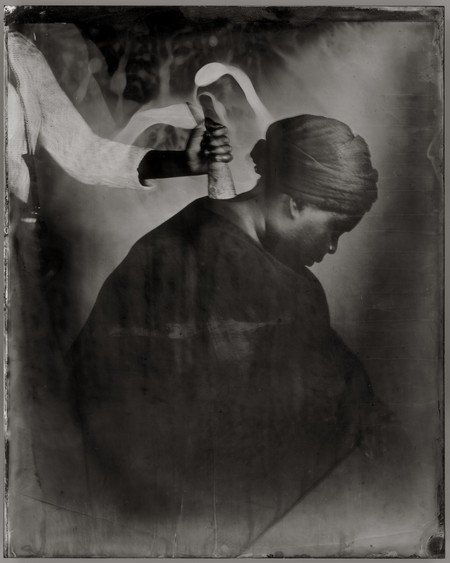 Saye used photography to tap into the various aspects of identity and how it is constructed and passed down through generations, as well as how cultural perspective adapts through migration.

Dwelling now forms a poetically tragic record of a young artist whose career was still ahead of her. In February, Andrew Nairne included the work in the reopening of Kettle’s Yard at the University of Cambridge; the gallery director and Saye had met and spoken briefly in Venice. 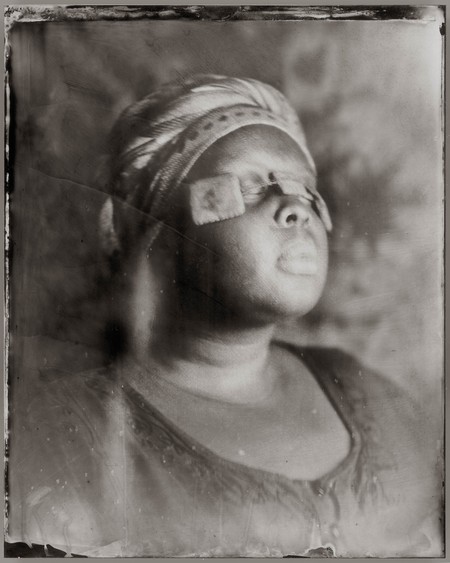 The memory of Saye’s creative vision and enthusiasm for art will live on. Her friend and mentor Nicola Green, along with Dave Lewis and Ingrid Swenson, has set up the Khadija Saye Memorial Fund to “support young artists like Khadija to realise their potential”. The crowd-funding campaign is now closed, but you can read more on the memorial fund here.