Ramadan and Coronavirus: How the Muslim Month of Fasting Is Affected 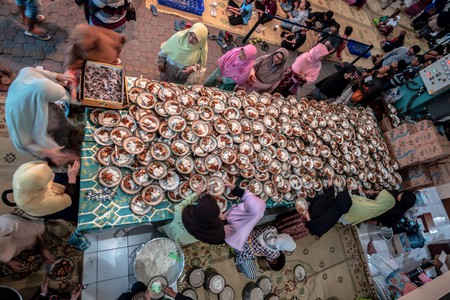 Ramadan 2020 looks drastically different as the global Covid-19 pandemic continues to change almost every aspect of daily life. How does this affect Muslims worldwide, as they cope with fasting during the month? And what impact might it have on the hajj later in the year?

For the almost 2 billion Muslims in the world, the month of Ramadan is one of the five pillars of Islam, when eligible men and women are obliged to go without food or drink between sunrise and sunset. The exact start date is dependent on the sighting of the crescent moon in the ninth month, according to the Islamic year, which follows the lunar calendar. 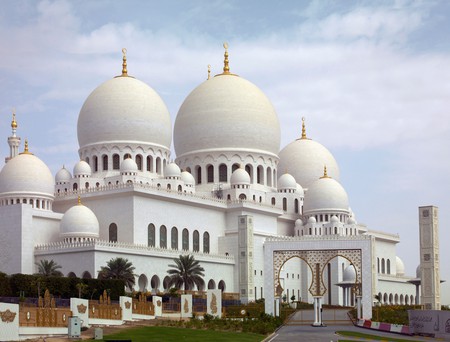 What has changed this Ramadan?

Usually a time of happiness and remembrance for communities around the world, Ramadan sees higher than usual attendances at mosques; families also gather in big numbers to observe various traditions at home. This year, however, people have made significant changes to their routine.

Ramadan 2020 has begun with many countries still under some form of lockdown. Indeed, large gatherings are banned, with mosques remaining closed to help prevent the spread of coronavirus. There are specific prayers that can only be performed as part of a congregation, although many others can be recited at home.

Another major aspect of Ramadan that has been curtailed this year is iftar, the communal breaking of the fast. On this rare occasion for Muslim families and friends to eat together, many take the opportunity to cook big meals. Mosques also host large groups of worshippers, allowing them to come together and break their fast before praying.

With many countries also enforcing curfews in an attempt to stem Covid-19 infections, Muslims have stocked up on essentials in advance. Every country has its own specialities that sell well during Ramadan, and these are being brought in with difficulty where possible, given the restrictions at so many stores. 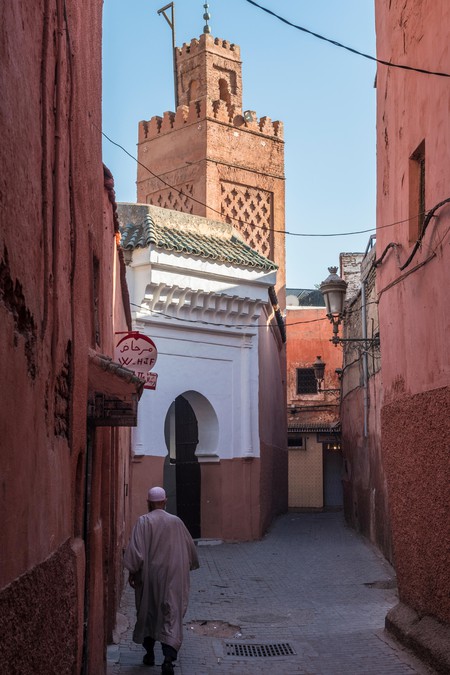 Although fasting is compulsory for all practising Muslim adults, there are exceptions for the elderly, pregnant women and anyone who is feeling unwell or needs certain types of medical treatment. Those suffering from coronavirus fall into this latter category and should not fast until they have recovered. Those who are self-isolating, and are unable to access food and drink during the evenings when they are permitted to eat, can also reconsider fasting if it is likely to make them unwell.

If you’ve ever visited a Muslim country, you will have heard the unmistakable call to prayer, which takes place five times a day. These religious recitals invite Muslims to mosques and signify prayer times, but at the start of the lockdown in Middle Eastern countries, there were also announcements using the same system to tell people to stay at home. Some mosques in the UK have installed a radio broadcasting system, which allows prayer transmissions to be picked up via special receivers on a dedicated frequency.

The impact on Eid during coronavirus

The biggest challenge for Muslims this year will undoubtedly be during the Eid al-Fitr celebrations that mark the end of Ramadan in late May. This is when followers gather in large numbers both at home and outdoors for festivals and parties. Different countries have cultural variations on some aspects of Eid al-Fitr, but the overriding sentiment is one of community and togetherness.

One of the main aspects of this Eid celebration – as well as the equally important Eid al-Adha due to be held in late July – is the morning prayer, when mosques are packed to capacity, with many larger towns and cities holding huge gatherings in parks and other open spaces. 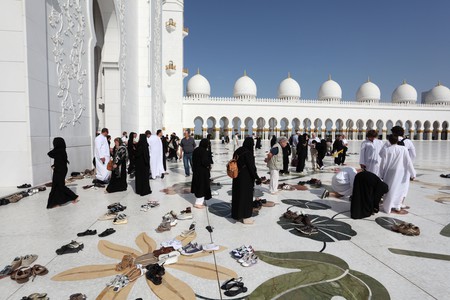 This year, both mosques and outdoor gatherings will be unable to proceed, as some form of restriction will still be in place. As such, this Eid will have a very different feel, one that few Muslims will have experienced before.

As with all religious requirements in Islam, the preservation of life is paramount. Mosques in the UK remain closed and traditional Friday prayers are now taking place at home.

Will the hajj be cancelled?

The hajj is the annual pilgrimage to Mecca that all Muslims are required to perform at least once in their lifetime. It takes place in the middle of the final month of the Islamic calendar, which this year is late July, early August, and is marked by Eid al-Adha.

In normal times, up to 2m worshippers from every corner of the planet arrive in Mecca for the hajj, but there are serious questions over whether the event will be held this year. Saudi Arabian officials have already placed the city under lockdown, and there are severe restrictions on those travelling in and out of the country. The official advice to people is not to commit financially to performing the hajj this year and wait until there is further clarity on the situation. 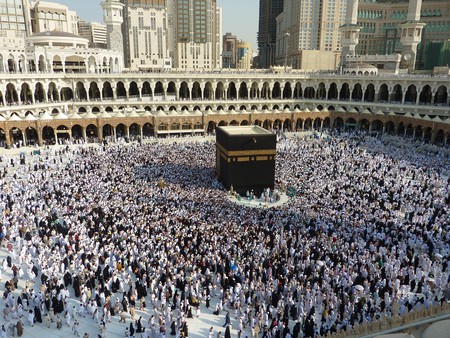 The situation for these people is still unclear. Some scholars say that if they made the intention to perform the hajj and committed to attend before restrictions were put in place, then their plans alone are enough to count as completing the pilgrimage. Many others believe this is not the case and are urging people to claim refunds and come next year instead. Until there is official news either way – and at the time of writing nothing had been confirmed – Muslims will be keeping a keen eye on what the Saudi authorities are saying.

The hajj was last cancelled in 1821 when an outbreak of cholera halted the pilgrimage. The fear now is that, with no end in sight for the current pandemic, the same will happen again.