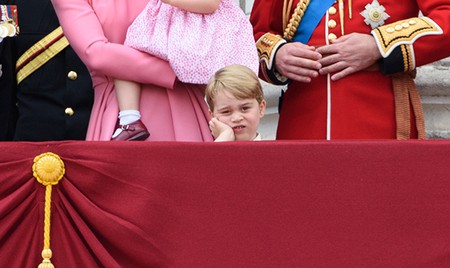 Last weekend, Her Majesty, the Queen celebrated her official birthday to the joyous screams of thousands of Londoners, but there was one little royal who was not impressed: the future King of England, Prince George of Cambridge.

Meet Prince George (the guy face palming in the picture). He’s the future King of England, son of Prince William and the Duchess of Cambridge Catherine Middleton and the great-grandson of Her Majesty, Queen Elizabeth II. And judging by the picture, he’s also the most bored person in the world. 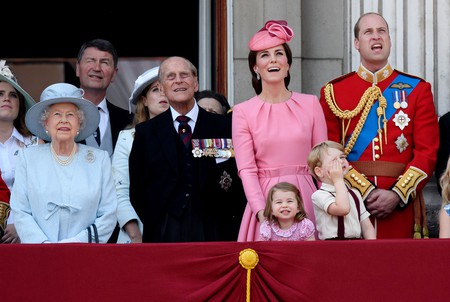 On Saturday, Her Maj celebrated her official birthday (yes, she has two) and the whole of London got together to celebrate this very momentous occasion with the annual, and ever so traditional Trooping the Colour parade. As expected, every member of the royal family got a prime seat to watch the Red Arrows shoot across the metropolis. 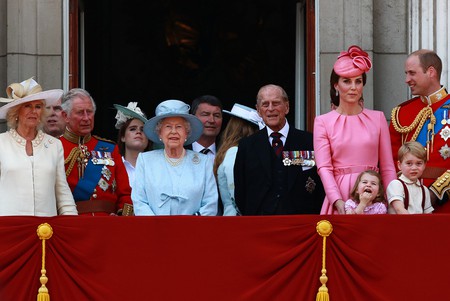 There were smiles from all, except the little Prince, who looked bored stonkers. We can only imagine what he was thinking, but it was probably something along the lines of: ‘it would be fun, they said.’ 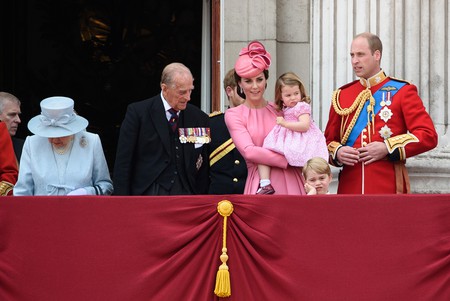 JUST LOOK AT HIS FACE! 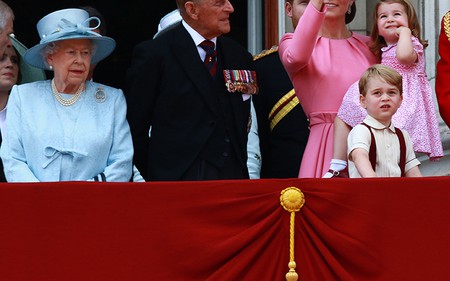 It must be a gene thing though, because it’s pretty obvious that boredom is a family condition…

Queenie may be the longest reigning monarch in British – indeed, English – history, but does George care? Of course not. 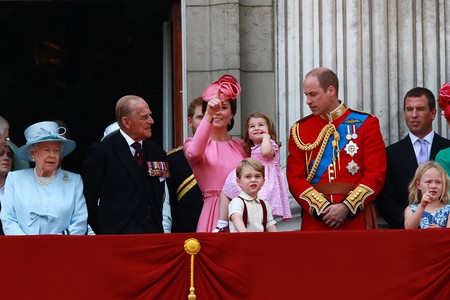 Want more royal news? This is where the Queen gets all her money from!