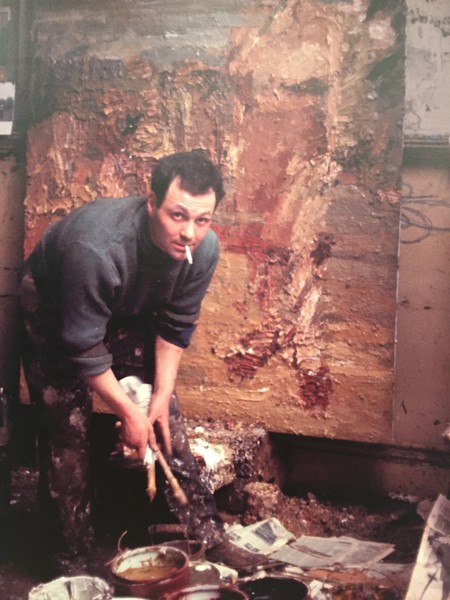 Frank Auerbach in his studio, 1963 by Lord Snowdon © Anne Rybka

Frank Auerbach is considered to be one of the most innovative British artists of recent times, although his name may be unfamiliar to most people. The Tate Britain’s retrospective of his work provides an opportunity to have a closer look at his work and explore the artist’s life, development and inspiration.

Frank Auerbach was born in 1931 in Berlin to Jewish parents: his mum was a Lithuanian artist, his dad a lawyer. By 1933, Hitler was appointed chancellor and the family lived in fear for their safety. Shortly before the age of eight, Auerbach was exiled to England by his parents, who both stayed behind. Auerbach was destined never to see them again and became an orphan after his parents were killed in a concentration camp years later. He grew up in Shropshire, in the depths of the British countryside and away from the atrocities of World War II. However, his parental loss influenced his childhood, and was later processed in his art. 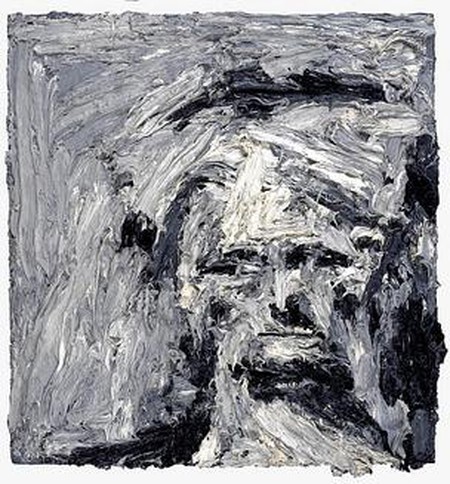 As a 16-year-old, Auerbach enrolled at the St. Martin’s School of Art and simultaneously at the Borough Polytechnic, where he met his mentor David Bomberg, who strongly influenced Auerbach by his way of teaching. After four years at St. Martin’s, he spent another three years at the Royal College of Art, graduating in 1955 with first-class honours. Since arriving in London as a student, he had never lived anywhere else and never left the city, save for a few travels abroad. For over thirty years, he worked in his studio in Camden in the northwest of London, which he inherited from Leon Kossoff, a British expressionist painter and close friend of Auerbach’s. Both artists studied together, and remained close friends, connected by one subject they have in common – London. This uniformity of Auerbach’s life can be seen in his work. 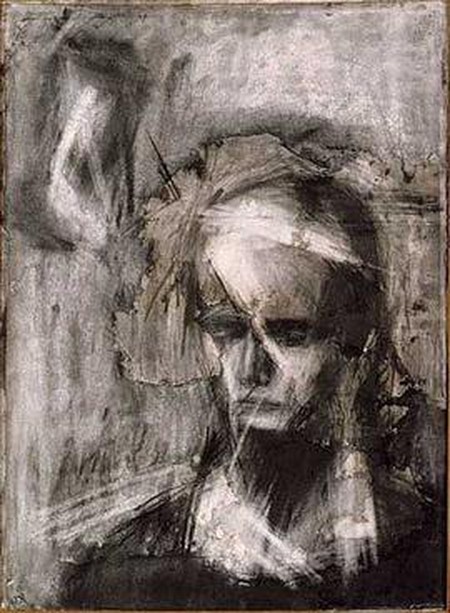 For Auerbach creating something new was existential and he felt that his art could never possibly be meaningful if it was filled with clichés. He is known for his thick application of oil and acrylic paint, building up layer after layer to create paintings with a three-dimensional effect. Up close, his work seems abstract and sculpture-like, but Auerbach never wanted to create sculptures, as they seemed more pre-determined and lacked the spontaneity that was much needed in Auerbach’s work. Although he never painted people in social actions or with a narrative in mind, his paintings were always unique portraitures and landscapes. His early work was mainly painted in black and white, with added earthy colours. This was not necessarily for a stylistic reason, but in fact, these were the only pigments Auerbach could afford to buy. His first solo exhibition in 1956 was enabled by artist Helen Lessore, who ran the Beaux-Arts gallery in London. Although Auerbach’s work and technique received considerable criticism throughout his career, Helen was very supportive of his work. 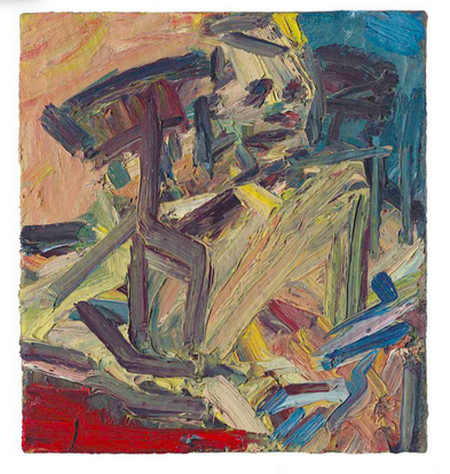 The uniformity in Auerbach’s life is reassured by his everyday painting schedule. Five sitters would come on different days to pose on a regular basis. He would never work on commissions, although he kept the same models for years. He had very few models, simply because of the difficulty associated with posing for him. Each model would have to face the easel and look straight at Auerbach’s face for three hours and when he was not chatting with the sitter, he either talked to himself or worked in absolute silence. He is never seen listening to music, as he is of the opinion that music and painting are the complete opposite. In the 1960’s, Auerbach started scraping the surface of his paintings off to start again when he was unsatisfied; which tended to be frustrating for both the artist and sitter. When looking at his drawings on paper, one can often see patches added, as Auerbach rubbed and erased the paper so frequently that it started to rub through. Auerbach has three sitters that accompanied him throughout his career; the first one is his wife Julia, whom he first drew in 1959 and who posed for him regularly. Another name frequently associated with his work is E.O.W.; or Estella West. Lovers when Auerbach was younger, she sat for portraits and nudes until 1973. She was 15 years older than him, providing him with a form of security, although paintings of her seem to be filled with violence. West’s successor was J.Y.M.; Juliet Yardley Mills, a professional model whom Auerbach met in 1957 and sat for him for over 30 years. In general, Auerbach is a very slow worker; it is said that some of his works took over two years and 300 sittings before completion. 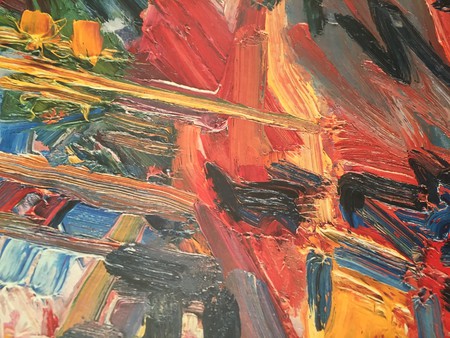 Auerbach has created an oeuvre of work that intensely looks at the faces and places of London, achieved through working 365 days per year for the last six decades. His work can be defined as many things: abstract, expressionistic, figurative. However, in the end, it is an unforgettable, raw insight of how Auerbach perceives the world.