It is hard to find a restaurant more traditional and more comforting than London’s oldest and finest establishment, Rules. Perfectly located near Covent Garden, it sits as a landmark of quintessential Britishness. We take a further look at the establishment. 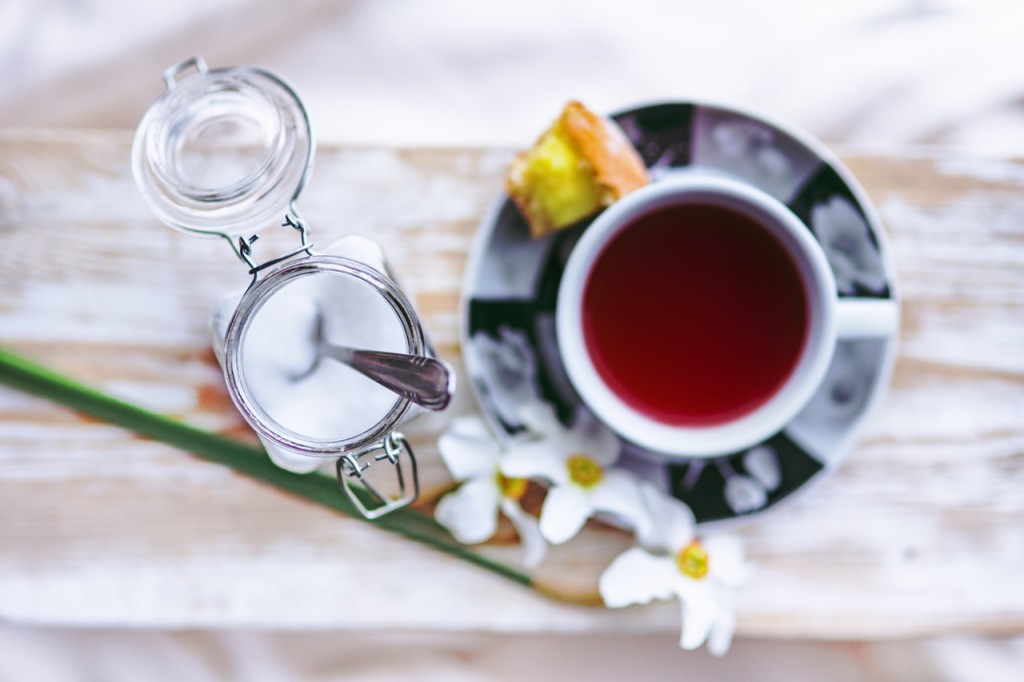 Food is served all day, from high tea in the afternoon to dinner in a simple, elegant setting / Pexels

Opened in 1798 by Thomas Rule to instant and startling success, the restaurant began as an oyster bar that was praised by writers of the time, who admired the ‘rakes, dandies and superior intelligence’s’ that seemed to make up the crowds at the fine establishment. Most surprisingly, only three families have owned the restaurant in the 200 years that it has been open. For those inclined towards the literary, the restaurant presents a chance to walk (or dine) in the footsteps of some of the most famous British authors in history. It has not only fed those such as Charles Dickens and William Thackeray, but also itself appeared in the textual world, in novels by John le Carré and Claire Rayner. As the restaurant’s quality and style has remained stable throughout time, so has its famous presence, with recent appearances on screen in Downton Abbey and Spectre, both of which stand as the epitome of British entertainment. 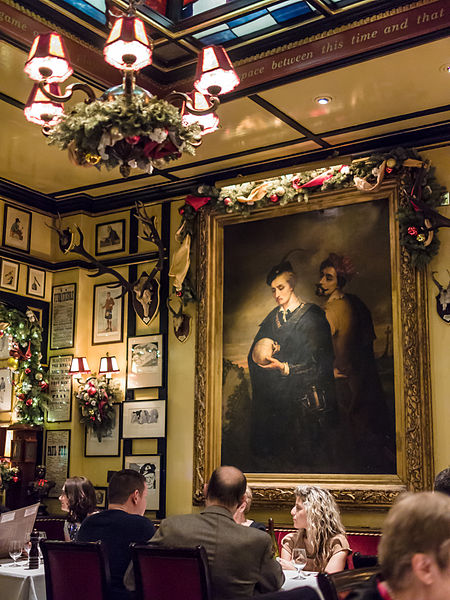 No wonder the greats in literature, cinema and theatre have chosen time and again to dine at this cosy, but not stuffy, restaurant. Upon entering you feel at once in both countryside and city, with the ultimately nostalgic comfort food tasting a lot better when accompanied by first-rate, friendly and downright luxurious service. Covering the walls are photographs, paintings and cartoons that depict the restaurant’s vibrant and varied history, which you can peruse from your comfortable, circular red velvet booth. It’s a unique experience; any flicker of a modern chain is banished from the mind upon leaving your coat at the door, and in dining amongst golden hues, red touches and deep mahogany furniture, you are stepping into unexpected and exciting grandeur. If you visit on a sunny day, you might be lucky enough to see the bottle-green, vintage Rolls Royce named ‘Bubbles’ parked outside the front of the restaurant, a good photo opportunity! 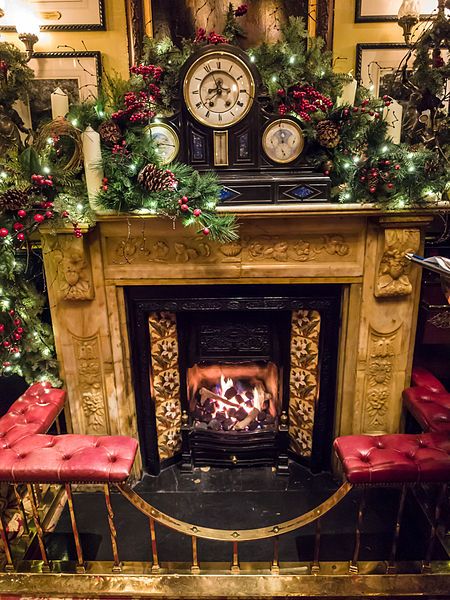 It is no surprise, after a bountiful history of success, that the food is top-notch. There is a surprising amount of choice on the menu, with mains such as halibut with parsley mash, wild mushrooms and vermouth butter sauce balancing out the huge variety of meat and game available. The crab salad with celeriac and apple coleslaw is a tasty and refreshing start (to what promises to be a very filling meal), and the Fines de Claires oysters that Rules boasts are raved about by staff and customers alike. The potted shrimp with toast are a beautiful buttery take on the British delicacy, and the pies and puds really are the best of their kind. Choose from the traditional trio of steak and kidney pie, steamed steak and kidney suet pudding or chicken, leek and mushroom pie, any of which is sure to make you feel at home. But this isn’t simply home cooking; it’s a combination of comfort and refinery, the very mixture of which makes dining at Rules such an enjoyable experience. Our top pick is the chicken pie, a perfectly seasoned, creamy dish where the filling is the star, as it is topped with buttery pastry rather than being encased within it. Unfussy sides served in fine silverware complement the traditional flavours perfectly; we recommend the red cabbage, crushed root vegetables and mashed potato to create the perfect main. 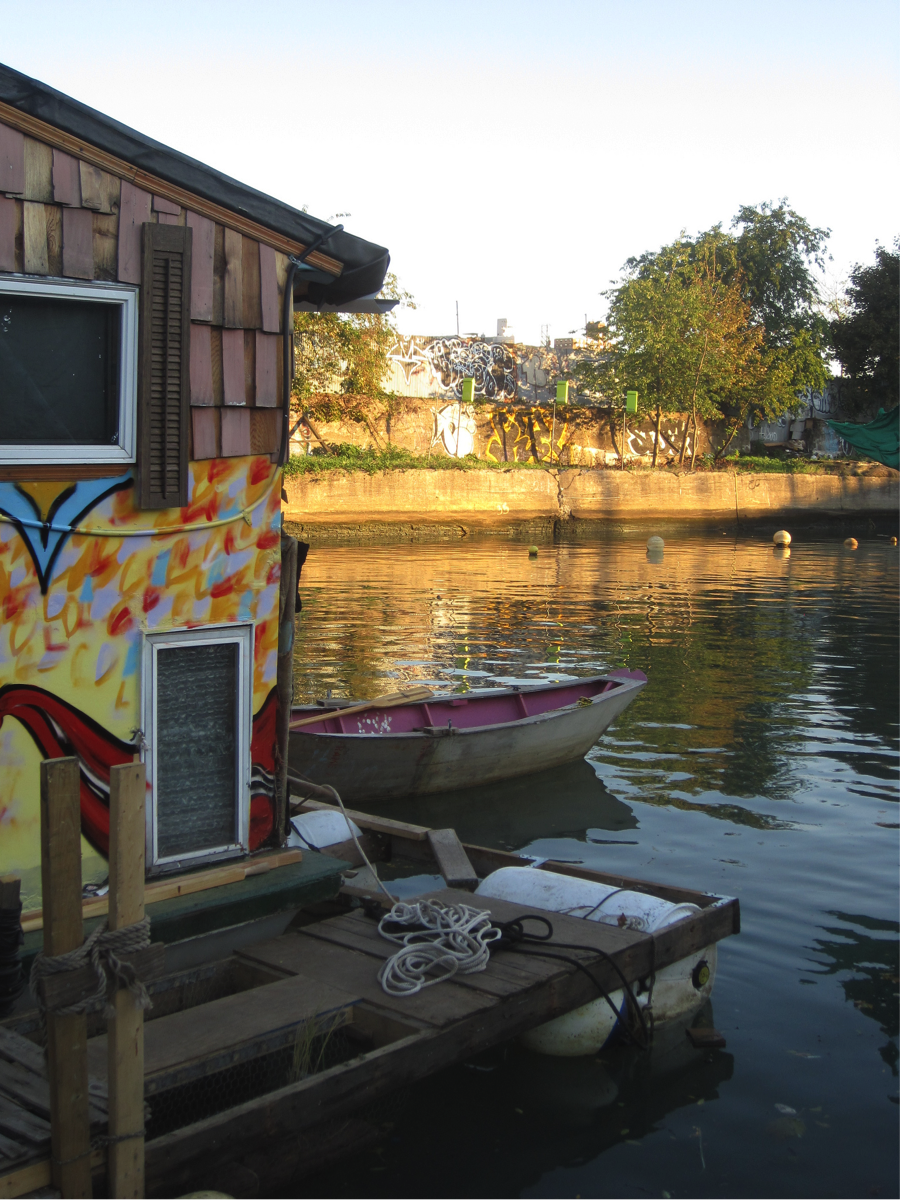 When it comes to dessert there is no restaurant in London that will provide a more evocative selection of treats. It seems impossible for the medley to not include at least one childhood favourite for each person at the table, with classics like sticky toffee pudding, rum baba and golden syrup sponge, tempting even the strictest of dieters. This of course should all be washed down with a drink that is as lethal as it is enticing, the Black Velvet. A half-and-half mixture of champagne and Guinness, the refreshing drink served in an old fashioned silver stein will leave you feeling giddy and warm amongst the hubbub of this snug restaurant (it’s just too bad that Bubbles can’t take you home after your third tankard). If you still haven’t had your fill, follow in the footsteps of Edward VII and his mistress Lillie Langtry to the welcoming cocktail bar upstairs, where you can enjoy any cocktail of your choosing with an elegant Rules twist. Whether it’s a bloody mary on a Sunday afternoon, a long weekday business lunch or a celebratory banquet with friends, you’re in for a spot of luxury at Rules.