PsychoBarn by Cornelia Parker at the Royal Academy of Arts 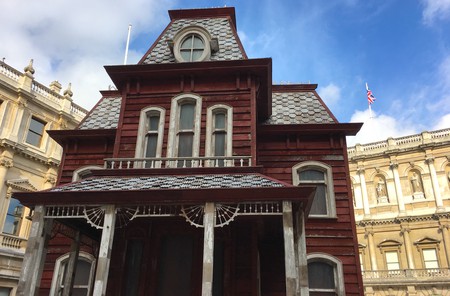 Film buffs and fans of American realism are in luck this September as London gets the rare chance to host Cornelia Parker’s phenomenal architecture installation Transitional Object (PsychoBarn). Masquerading as a building inspired by the work of both Alfred Hitchcock and Edward Hopper, this unusually intriguing sculpture pays homage to traditional American architecture and the power of illusion.

It’s a rare occurrence that a new architectural addition to London’s busy skyline will be greeted with such excitement and enthusiasm as Cornelia Parker’s Transitional Object (PsychoBarn). But this is no ordinary building. This is a sculptural installation that reveals the artifice created by filmmakers like Alfred Hitchcock and artists such as Edward Hopper. 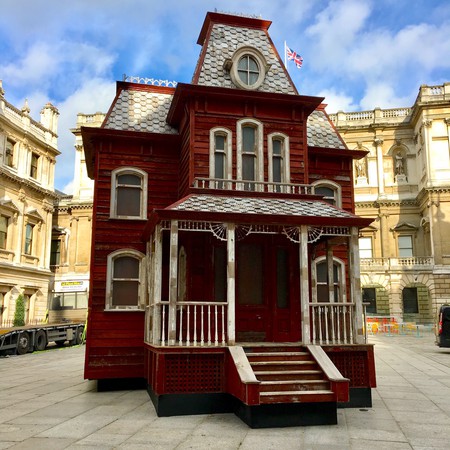 Originally commissioned in 2016 for the Roof Garden Commission at The Metropolitan Museum of Art in New York, PsychoBarn has been installed in the Royal Academy of Arts neoclassical Annenberg Court for a six-month presentation.

Like much of Parker’s work, this bizarre building melds fiction and reality together by appropriating found material and cultural curiosity. 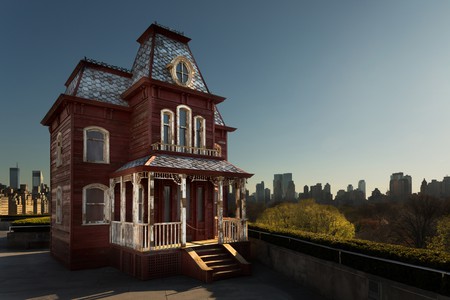 At just under 30 feet high, the work has been constructed using wooden planks and corrugated roofing from a dismantled traditional American red barn. Parker has reformatted these materials to create a replica of the Bates’ house from Hitchcock’s famous film, Psycho (1960).

In turn Hitchcock took his inspiration from Edward Hopper’s House by a Railroad (1925), which Parker looked at during her research for the project, fascinated by its eerie loneliness. 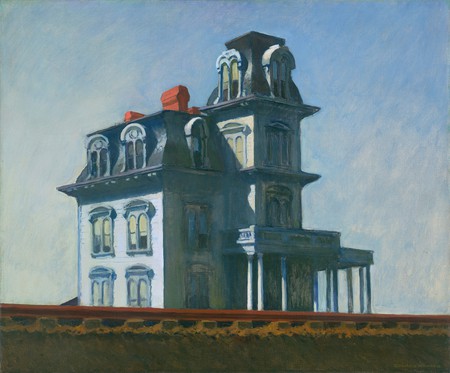 Parker also deliberately reveals the work to be a fabrication by leaving the supporting scaffold of the facade openly on view. This adds another dimension of replication as it directly mimics Hitchcock’s stage set but also Hopper’s painted illusion of a real building.

The incongruity of this domestic building in an urban environment further emphasises the psychological connotations we project onto architectural spaces. Parker purposefully plays with these complexities just as Hitchcock did in his thriller and Hopper inadvertently alluded to in his painting, although the artist always retained his work was a representation of the real world. 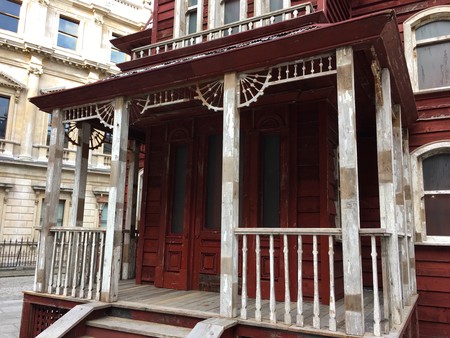 Parker picks at these paradoxes of the rural wholesomeness represented through the use of the red barn materials and the sinister intricacies of Hitchcock’s house to confront as the artist said in a statement: “the polarities of good and evil.”

Disturbing aspects aside this is a work that needs to be seen to be believed and then you can decide whether you prefer reality or the fantasy. 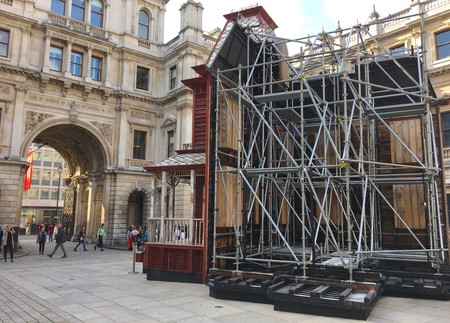 Want to see more art in the capital? Here are the London events we’re most excited about.