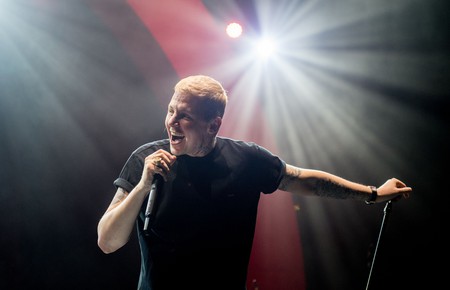 Frank and outspoken, London rapper Professor Green has never been shy about saying what he thinks. He talks to Culture Trip about his mental health struggles, his past as a drug dealer and why he’s happier than ever.

Professor Green wants you to know that he’s in a good place. He’s back in the recording studio working on his new album. He’s excited. Happy. Not that he’ll talk about it, though. “Until it’s finished, I can’t really say anything about it because it could change completely.”

Since 2014’s Growing Up in Public, he’s released the track ‘One Eye on the Door’, a scathing takedown of his marriage to ex-Made in Chelsea star Millie Mackintosh. ‘Count on You’, which came out in July, saw the rapper getting all romantic and even going speed dating (unsuccessfully) in the accompanying video.

While he won’t talk about his music, there are plenty of other things he will chat about. The 34-year-old singer, real name Stephen Manderson, is thoughtful and articulate, carefully considering each question he’s asked. You can tell why he’s been so successful as a documentary filmmaker – tackling tricky issues like male suicide and how white working-class men have become disenfranchised. 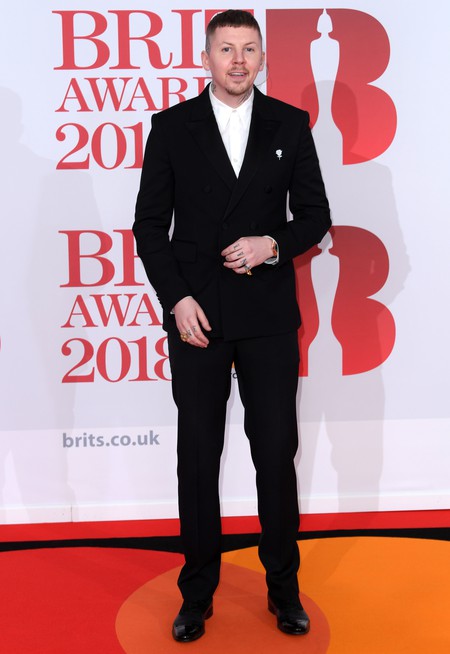 As a musician, he rallies against the romanticised myth that you need to be twisted up in despair to be creative. “A lot of people think that, especially if you’ve turned unhappiness into success. That’s quite a dangerous equation, really. But I’m writing the best music I’ve ever written and I’m in the best place I’ve ever been, so that’s bullshit. That whole tortured artist thing – that’s just bullshit.”

Green’s own mental health journey has been tough with lots of trial and error. He’s tried counselling, but what really helped him was putting pen to paper. The musician is now a mental health campaigner. Since 2015, he’s been patron of the charity Calm (Campaign Against Living Miserably) and took part in the Heads Together campaign, launched by the Duke and Duchess of Cambridge and the Duke of Sussex.

“It’s important to process things. CBT [cognitive behavioural therapy] didn’t work for me. But journaling is a cornerstone of it and I do that through music. Something that I’ve started doing is writing anything and everything down, whether it’s an article, a lyric, a phrase, a thought. I’ve found it really helpful.” 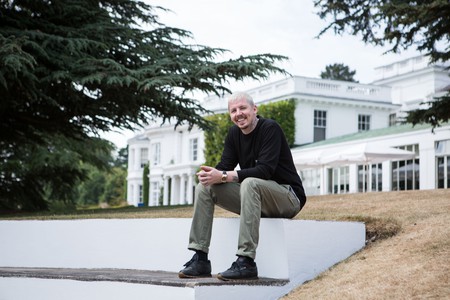 But while therapy didn’t work for him, he has learned how important it is to express his emotions. Green has been brutally honest about his struggles in the past and has urged other men to open up about their mental health problems. In ‘Lullaby’, he raps: “Pretend shit doesn’t get to me / And I suffer in silence when I’m hurting / A man’s problems are his own / And it’s my burden.”

“I’ve spoken to several therapists. The thing is they can’t tell you yes or no. It’s not their job to tell you how to live your life. Different things work for different people. A lot of it just comes from vocalising things. I’m lucky that I’m in a place in my life where I’ve got really good friends and have conversations that extend far beyond ages-of-old topics like tits and football.”

Green has come a long way since dealing drugs as a teenager. The rapper was raised by his grandmother – Nanny Pat – on a council estate in Clapton, East London, after he was abandoned by his parents. He first smoked cannabis aged 11, started selling it when he was 16 and smoked it every day until he was 24. 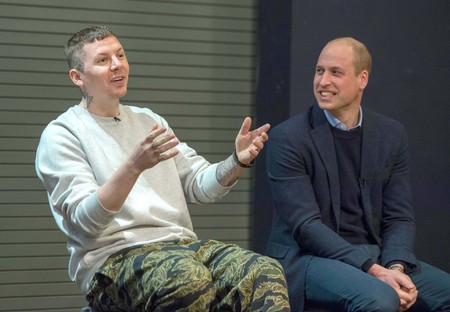 The rapper with Prince William | © REX/Shutterstock

He describes drug dealing, the “worst thing” he’s ever done, as a “side hustle”. “It’s all perspective because now selling weed doesn’t seem so bad. The media has completely changed its stance on it now. I think that’s just because of the financial benefits we might see and the contribution to the economy it’s likely to make.”

The musician is pro-legalisation and has even said that heroin should be legal.

In July, Green spoke at the Henley Business School as part of a panel debate on whether UK businesses are ready for the side-hustle economy. As well as his music, he has established himself as a successful businessman, documentary filmmaker and author.

“Hustling to some people has a negative connotation because my idea of hustling growing up was selling drugs. But the word entrepreneur makes me feel funny in the same way hustling does. I get it if you’re good at it. But I’m always a bit concerned about people who can’t quite tell you what they do. Influencers… It’s just a title that makes me feel weird. Thank god I’m not one.”

He may not be an influencer, but he does use his Instagram account to share what’s going on in his life and, unlike many others, doesn’t use social media to gloss over the bad parts. In 2017, he revealed that he was in hospital with pneumonia, posting some graphic pictures. It’s the latest close shave he’s had. He was once stabbed in the neck with a broken bottle during a night out and a few years later was involved in a car crash. These experiences have taught him to be philosophical.

“Life’s pretty sweet, to be honest. Shit happens to everyone.”

Professor Green was working with Henley Business School for the launch of their White Paper on the rise of the side-hustle economy. Click here for more information.