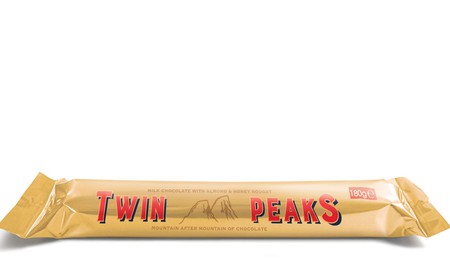 When Toblerone maker Mondelez International revealed that the gaps between each of their peaks was getting bigger, blaming higher production costs, people went ape. Politicians weighed in, brand consultants cried ‘own goal!’ and James Hannah mourned the demise of the #toblorange. The issue came to symbolise a country barely clinging to the cliff face of reality.

However, in chaos there is opportunity, and with tongue stuck firmly in cheek, UK budget chain store Poundland has launched Twin Peaks.

Made by Walkers Chocolates, the new bar is said to have ‘a distinctive British flavour compared to more traditional milk nougat bars from Switzerland’, which, if history is anything to go by, means it’ll taste like mud. 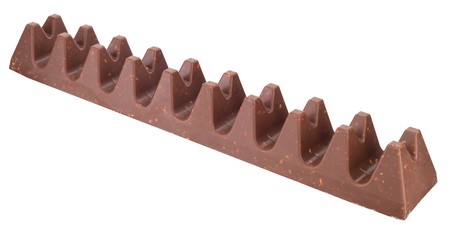 In a pop at the Alpine heritage of the original Toblerone, Twin Peaks is ‘inspired’ by ‘the double hill on the top of the local Wrekin Hill in Shropshire’. Tipping the scales at 180g, it’s over 20% heavier than the new Toblerone, and as you’d expect from a store called Poundland, costs £1.

Poundland trading director Barry Williams said of Twin Peaks: ‘Poundland shoppers are savvy and the change in their favourite chocolate bar last Christmas didn’t go unnoticed. That’s why we’ve created a new £1 alternative for them – the size they wanted, with a British taste, and with all the spaces in the right places.’

We’ll have to see if it replaces Toblerone as ‘the airport chocolate’.