Pillow Talk: Between the Sheets of the Mondrian Hotel, Shoreditch 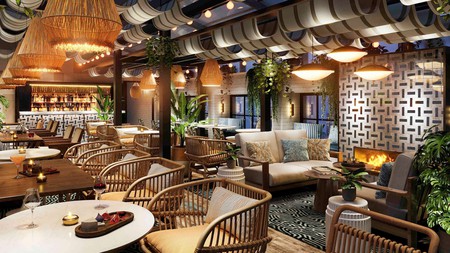 If you need a new reason to visit one of the British capital’s coolest corners, look no further than the latest address from the ever-on-point Mondrian brand.

It’s hard to believe Shoreditch was once a crumbling corner of the British capital, languishing in the collapse of the textile industry of east London. From its rebirth as a creative centre in the Noughties, it’s evolved today into a dynamic, innovative hub attracting big names in tech and global brands from the worlds of fashion, film and beyond. One such outfit is The Mondrian – a new address in the husk of the old Curtain hotel, with sumptuous, design-led interiors that perfectly capture the colourful, arty and bang-on-trend vibe of its Shoreditch surroundings. Stay here to explore nearby bars and boozers – and celebrate east London’s success story. 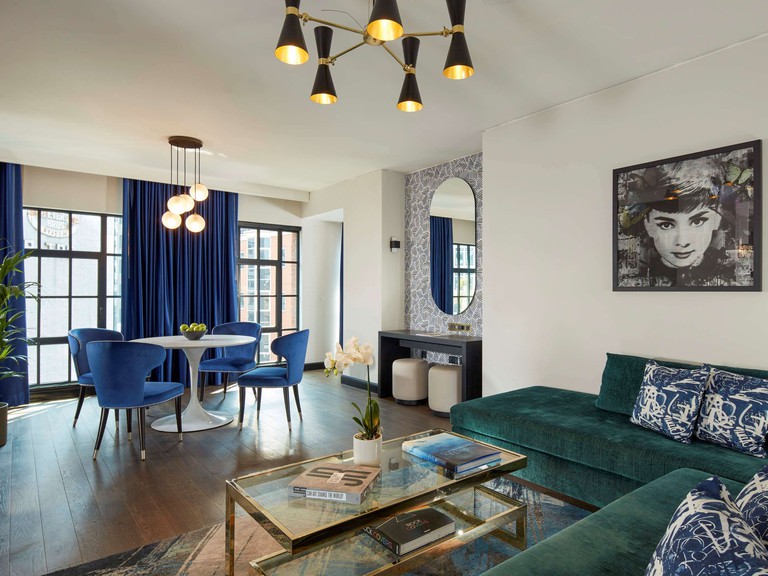 Courtesy of Mondrian London Shoreditch / Expedia.com
This snazzy high-end hotel occupies a hefty-yet-handsome redbrick building that pays homage to the area’s Victorian warehouses. Step inside and it’s all eye-pleasingly on point, with vibrant interiors that have more than a hint of old-school New York. A lobby photo booth speaks volumes. As the new European flagship of the brand, it’s clear a lot has gone into making everything chime. From rooms with walk-in steam showers to dining by triple-starred chef Dani García at Spanish-accented BiBo restaurant, The Mondrian further cranks up Shoreditch’s swank factor. 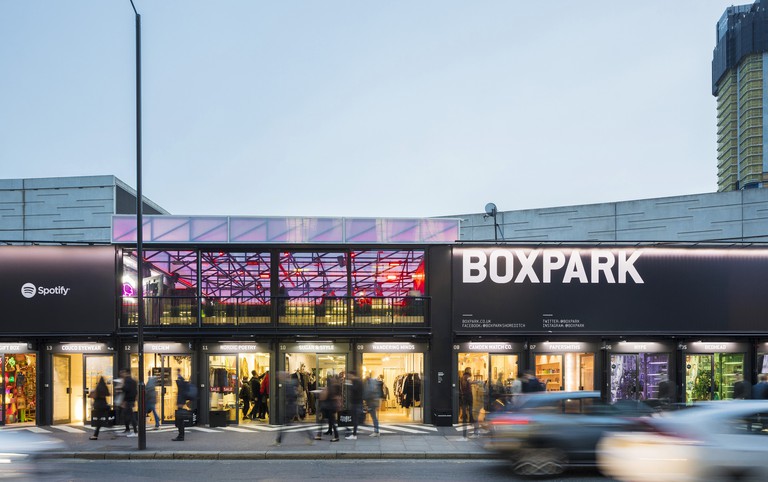 Courtesy of Boxpark
Plonked on a busy junction just off Shoreditch High Street, this shipping-container-built shopping and food emporium was one of the first beacons of the area’s upward mobility. Opened in 2011, it was only meant to last five years, but today it’s still home to more than 50 carefully curated retailers and restaurants. Indeed, it’s one of the area’s top spots to browse street-style fashions before chowing down on anything from Jamaican patties to Japanese gyoza. 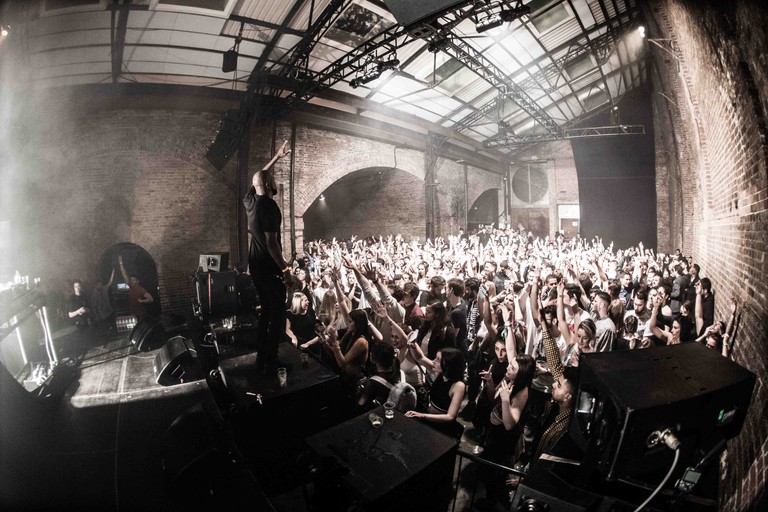 © Harry Telfer
One of those “only in Shoreditch” places, this centre for culture and creativity stands out for incorporating four tube train carriages (and two shipping containers) into its rooftop co-working space. As well as fostering an onsite creative community, the repurposed warehouse also hosts a diverse mix of art, music and dance events. Don’t forget to check out the largest dedicated street-art wall in London here – it’s repainted every three months by local, national and internationally renowned artists. 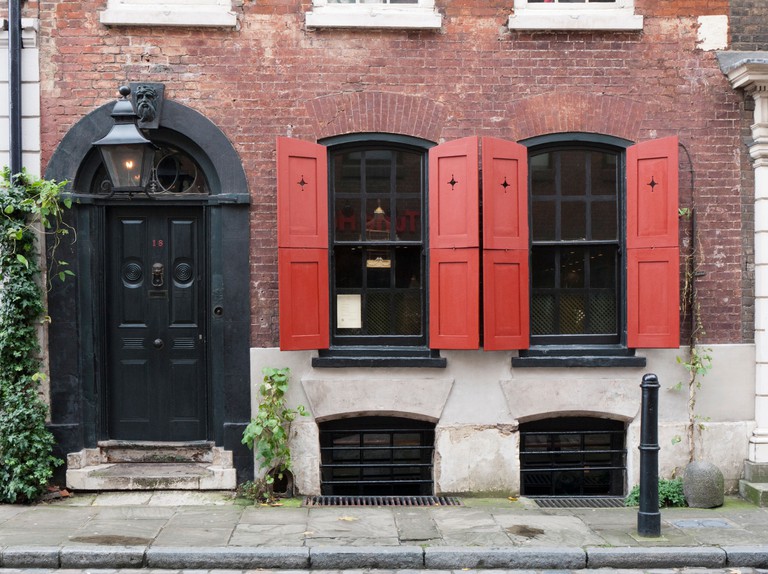 © Stephen Birch / Alamy Stock Photo
Described by David Hockney as “one of the world’s five top experiences”, Dennis Severs’ House is nothing short of beguiling. Obsessed with British history, eccentric Californian Dennis Severs bought this derelict 18th-century home in 1979 and used it to tell the story of an imaginary family of the era. The result is an intoxicating and atmospheric journey through meticulously dressed, reimagined rooms. It overflows with a glorious collection of period curios, tiny details and even smells that draw you into another world.

Pub, Pub Grub, $$$
Facebook
Email
Twitter
Pinterest
Copy link
Share
Many a local goes misty-eyed upon mention of The Old Blue Last, such is this boozer’s legendary status. It’s the upstairs venue of this Shoreditch pub that has forged its reputation, with some of the biggest names in music having cut their teeth on the tiny stage. Gigs are often free and showcase the talents of up-and-coming bands on the scene. Yep, it gets pretty sweaty and beer-soaked up there, but that’s all part of the fun. 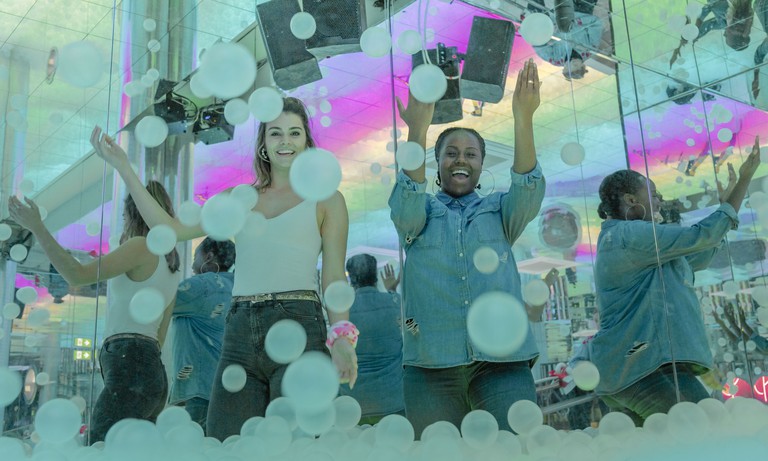 Courtesy of Ballie and Daniel Kleinman
If you’re up for just letting your hair down in infantile abandon, this rather unusual bar is the place to do it. What began as a pop-up in Dalston, soon found a permanent home in Shoreditch – that is a room filled with just over a million balls for your frolicking pleasure. Sip quirky cocktails based on childhood sweets or knock back glittery shooters before diving in – it’s all wonderfully silly fun. 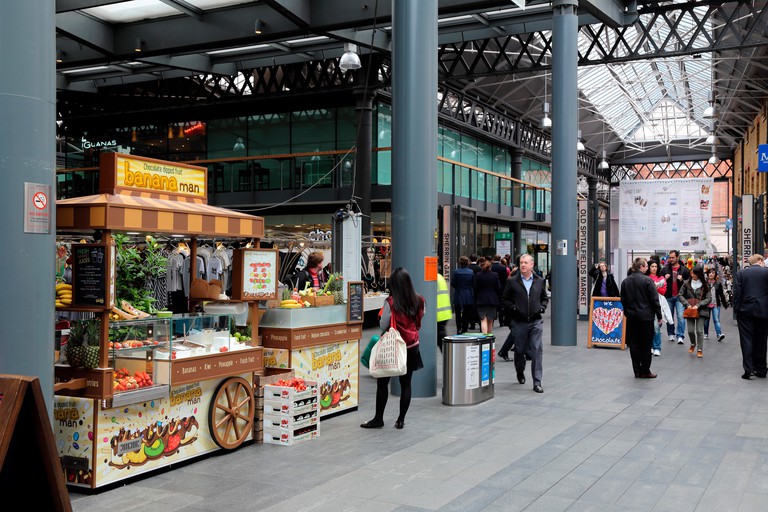 © Reiner Elsen / Alamy Stock Photo
You don’t get more original east London than Old Spitalfields Market. The historic, old-school market is open seven days a week in a cavernous space just half a mile stroll from The Mondrian Shoreditch. It’s an eclectic mix of innovative shops, scrummy street food and unique stalls selling everything from rare vinyl to handmade shoes. If you’re not too shopped out, there’s the newer Spitalfields Market to explore just next door, with bars and restaurants lining the space in case you need a breather.

The Owl and Pussycat 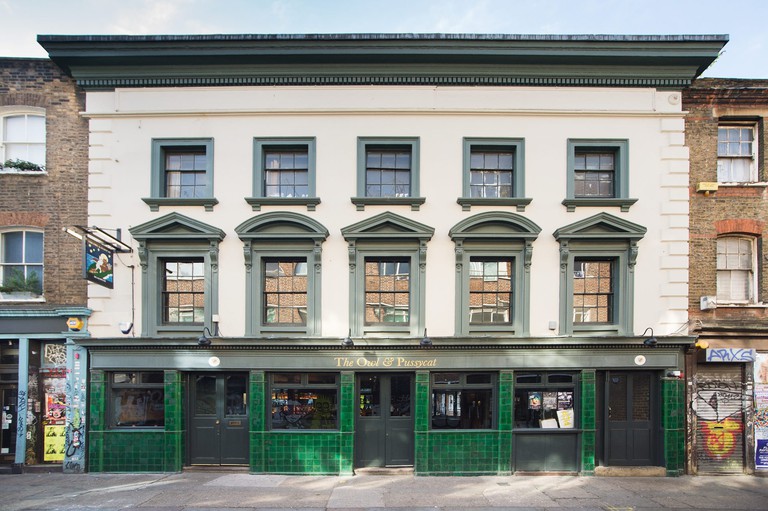 Courtesy of Youngs
If you’re after a boozer that really distilled the heart and soul of Shoreditch, it’s The Owl and Pussycat. It’s managed to retain plenty of old-school London charm while adapting to the neighbourhood’s hipster update. You’ll find the likes of brioche-bunned burgers and vegan slaw on the menu, while Sunday roasts come with bottomless Yorkshire pudding and unlimited gravy. If the sun’s shining, their compact rear courtyard makes for a fine spot – with its own garden bar. 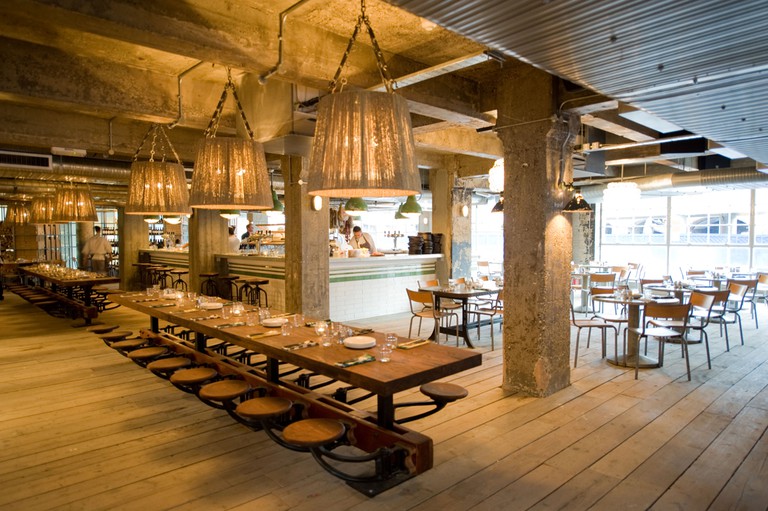 Courtesy of Soho House & Co | Courtesy of Soho House &amp; Co
A Shoreditch mainstay that blazed the trail when the neighbourhood was on the up, the Soho House-owned Pizza East remains the area’s go-to for wood-fired slabs of delicious dough. Despite its roomy, concrete-heavy, industrial-chic interiors, it pulls off cosy and inviting with aplomb thanks to low lighting and the glow from the ovens. Pizza is just the right side of rustic and can come topped with the likes of black truffle and Tuscan kale, plus they do a cracking mac ‘n’ cheese.
Give us feedback