Pillow Talk: Between the Sheets of The Gantry Hotel, Stratford 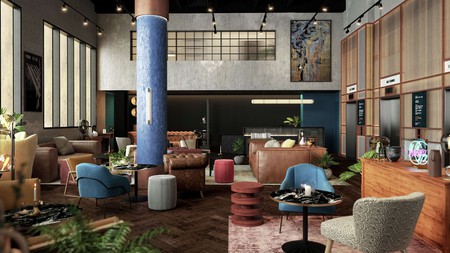 Shortcut straight to Stratford’s best bits with a curated stay at its newest hotel, home to east London’s highest rooftop bar and an artisan food market

After years of decline, it was all change for Stratford when this east London neighbourhood was remodelled ahead of the 2012 Olympic Games. Since then, the reversal of fortunes has only gained momentum, with the area now a major hub for shopping and cultural highlights. Few places epitomise its newfound status better than the undulating, eye-catching appeal of The Gantry hotel. Located in Stratford’s swanky East Village, there’s no better base than this swish stay to experience the best of the regenerated ‘burb. 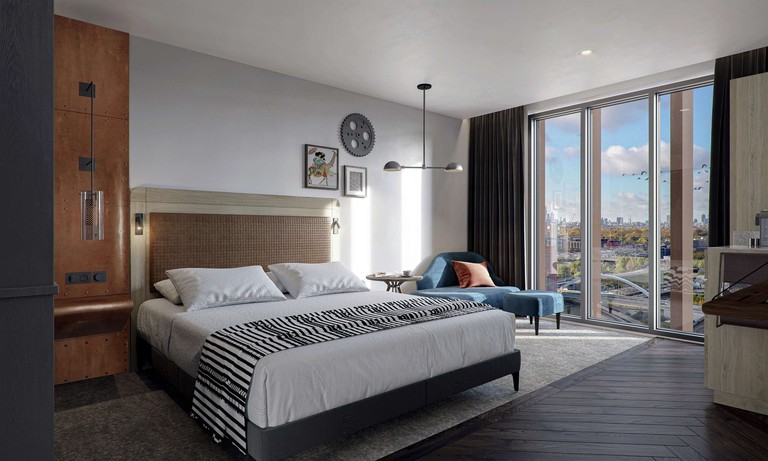 Courtesy of The Gantry Hotel, Stratford / Expedia.com
Being one of the Curio Collection by Hilton immediately puts The Gantry among some of the finest, most innovative, hotels in the world. And it certainly delivers on that promise. The aesthetics alone mark it out, with immaculately on-trend interiors behind its dramatic slatted facade. An artisan food market, deli and restaurant serving contemporary London cuisine reflect the 21st-century spirit of the British capital. Smart guest rooms, with in-room tablets and toiletries from biocompatible beauty brand Grown Alchemist, rise 17 storeys for spectacular cityscape views. Crowning it all? The highest rooftop bar in East London. 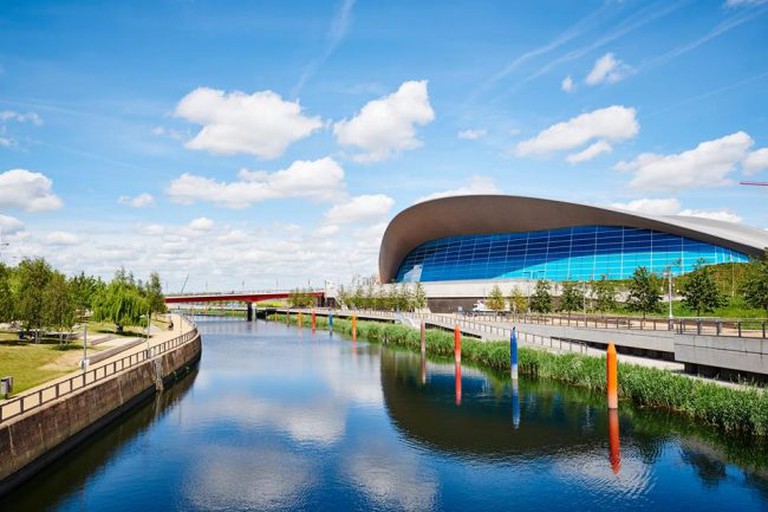 Courtesy of Queen Elizabeth Olympic Park
Purpose-built for the 2012 summer Olympics, Queen Elizabeth Olympic Park is a swathe of former industrial wasteland transformed into one of London’s most impressive green areas. Extensive networks of walking and biking trails meander through 560 acres (227ha) of wonderfully landscaped gardens, rich riverside and parkland. Play areas, cafes, former Olympic venues and even a giant splash-able fountain means there are loads of in- and outdoor activities here. All just a five-minute stroll from The Gantry. 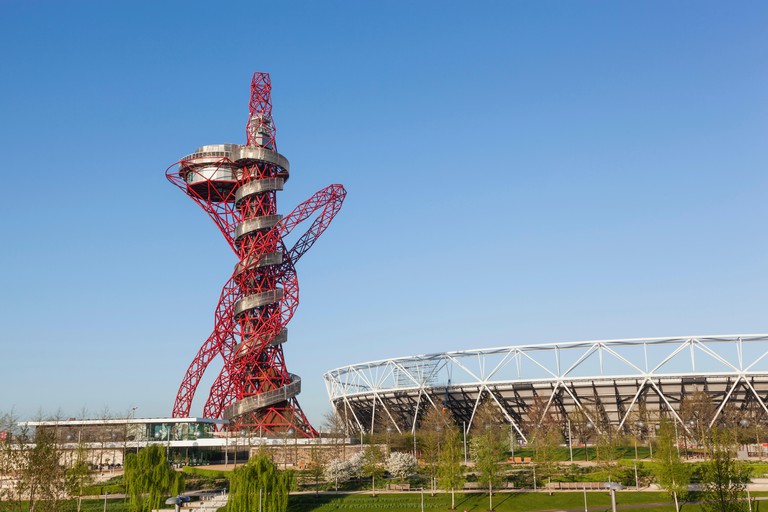 © Prisma by Dukas Presseagentur GmbH / Alamy Stock Photo
One of the main attractions in the Queen Elizabeth Olympic Park is the ArcelorMittal Orbit – a twisting, bright red structure, turned local London landmark. Conceived by artist Anish Kapoor and engineer Cecil Balmond, at just shy of 115m (377ft), it qualifies as the UK’s tallest sculpture – and higher than the Statue of Liberty. Initially, it was open just as an observation tower, but later they added a tunnel slide, which remains the world’s tallest and longest. Or you can abseil down if you’re feeling brave.

While the idea of hanging out atop a multi-storey car park isn’t most people’s idea of fun, Roof East will soon change that. The huge summer-only space is home to a veritable smorgasbord of fun and food. This playground for grown-ups might feature the likes of crazy golf and lawn bowls, together with a load of street-food options and bars serving up craft beers and cocktails. Always in residence are old cars repurposed as plant pots and seating. Events such as yoga and alfresco movie nights, projected on a big screen, are regular fixtures. 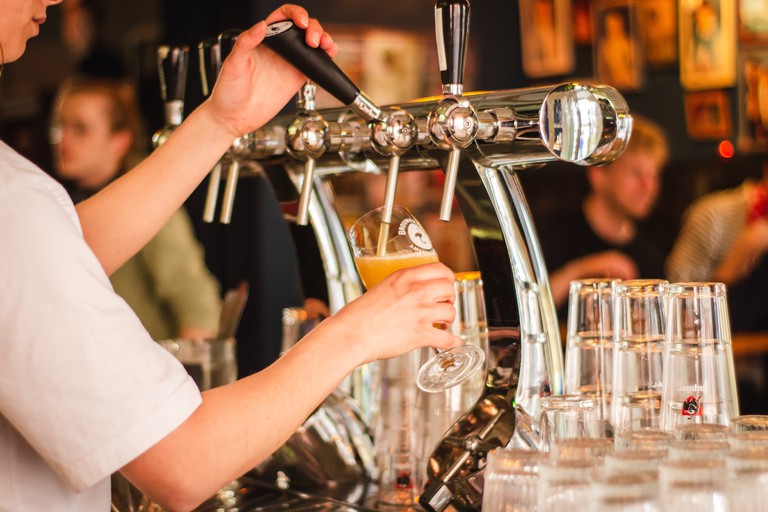 This traditional high-street pub has remained true to its Victorian roots as an authentic slice of old Stratford. Low steel-beamed ceilings, stripped floorboards and chunky wooden tables set the tone, while the bar offers a respectable row of real ales and a decent menu with everything from scampi and chips to vegan burgers. Sunday roast is a particular treat, with the King Eddies Royal Roast hefty enough to set you up for the rest of the day.

Tina We Salute You 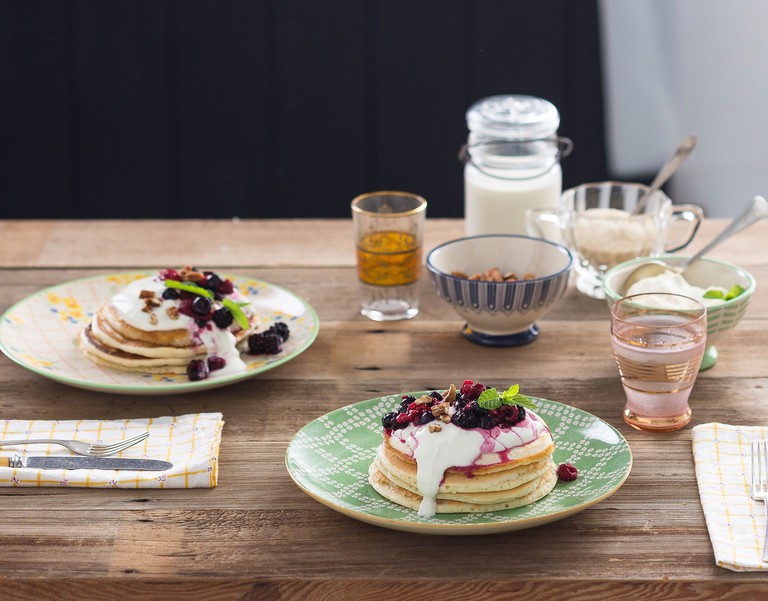 © Tracey Hocking / Unsplash.com
This curiously named hidden gem is tucked away in the East Village, having relocated from its original Dalston home. It’s a wonderfully inviting glass-fronted all-day cafe that opens with a hearty breakfast/brunch menu and morphs into a dinner restaurant and cocktail bar come evening. Fresh homemade cakes are a definite forté here, plus there’s plenty of outside seating for sunny days, and squishy sofas and board games indoors when it drizzles. 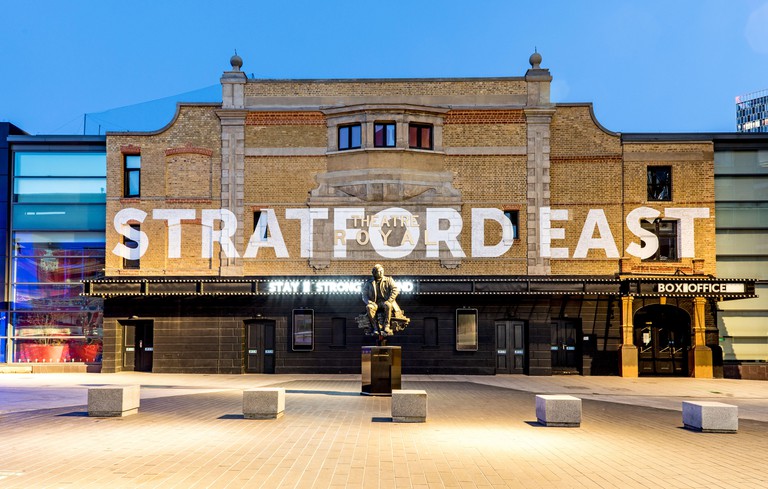 © Roger Cracknell 01/classic / Alamy Stock Photo
While located in the rather prosaic Stratford Shopping Centre, the Theatre Royal Stratford East is housed in a fine Victorian yellow-brick building dating back to the 1880s. Gloriously ornate interiors are awash with theatrical crimson and gold, and productions range from gritty plays to Christmas pantos – a must for out-of-towners.

Courtesy of Picture House
The perfect antidote to the cookie-cutter cinema experience, the Stratford East Picturehouse is a quirky neighbourhood movie theatre with bags of character. It screens a wide range of showings, from foreign arthouse to the latest blockbuster and family-friendly flix. Whether or not you’re planning on watching a film, you’re welcome to visit their cafe bar and gaze over the bustle of the Cultural Quarter’s Theatre Square with a drink. 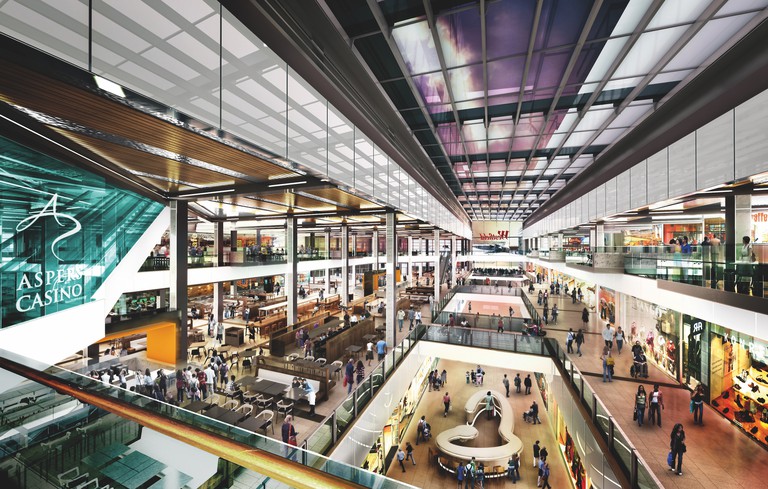 Courtesy of Unibail Rodamco Westfield
Whatever you think of this hulking mega mall, no list of Stratford attractions would be complete without mentioning this vast cathedral to commerce. As the largest shopping centre in Europe, you could easily spend all day wandering around its hundreds of retail outlets and dozens of restaurants. If you get bored of all that shopping and eating, you’ll find a 14-lane bowling alley and 20-screen cinema to keep you entertained, too.
Give us feedback