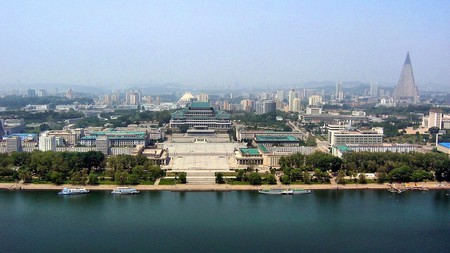 North Korea’s Pyongyang International Film Festival (PIFF), which opens today (September 16), is devoid of the glitz and glamour expected at such festivals as Berlin, Cannes, and Venice. On the other end of the spectrum, is South Korea’s Busan International Film Festival (BIFF), which kicks off on October 6. These events may not directly face-off against one another, but they reveal much about the internal politics of the divided peninsula.

With their respective festivals opening within a few weeks of each other, it would be natural to assume that the rivalry between North and South Korea carries over into their movie line-ups, but what actually emerges is a clearer picture of festival organisers’ battles with local authorities.

In the north, the constant battle is with censorship and maintaining a tone in line with the government. The organisers lay no red carpets, invite only a handful of foreign film films and are ensure that guides escort all attending international journalists 24 hours a day. That task is made easier by the fact that only ten foreigners are admitted at any given time.

The appetite for film in North Korea’s capital city remains as high as anywhere else. Audiences are eager to see films that would otherwise be denied them and they turn out in high numbers, often overfilling the auditoriums.

Festivalgoers usually bring their own popcorn, which was only introduced in 2014, as well as street food. The line-up is never announced beforehand, yet interest in the festival within the reclusive nation is still high.

South Korea’s BIFF looks and feels much more like a conventional Western festival. The films are more varied than at PIFF. This year’s enhanced focus on South Asian and Chinese movies demonstrates the organisers’ belief in building regional solidarity among filmmakers. Retrospectives and industry talks are a regular feature.

On the surface, each festivals represents its countries’ international reputations perfectly: The closed-off North versus the outward-looking South. However, there is trouble in Busan, and it has nothing to do with the noises coming from Pyongyang.

In 2014, BIFF’s organisers decided to proceed with the screening of a controversial documentary about the Sewol ferry disaster, directed by journalist Lee Yong Kwan, despite the objections of the Mayor of Busan and former festival chairmen. As a result, BIFF now claims that it has been subjected to cuts in funding that amount to “political retaliation”. 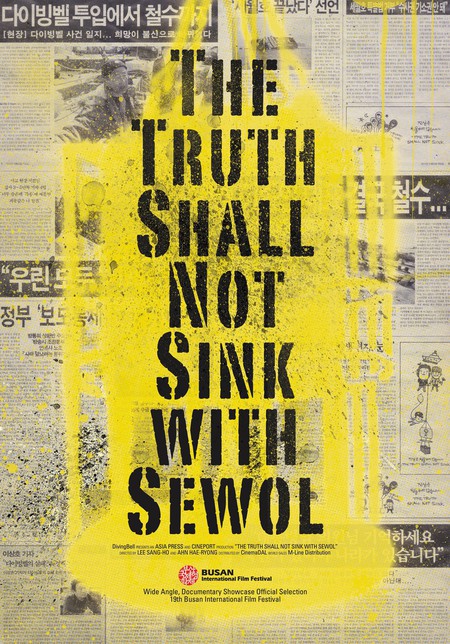 Poster for The Truth Shall Not Sink With Sewol | © Cinemadal

As a result of the perceived sanctions, nine film associations declared a ban on the festival. They claimed that limitations placed on artistic freedom was unacceptable. Though four groups have subsequently relaxed their stance, there remains a significant opposition to BIFF.

At PIFF, sex scenes are greeted with screams (assuming they somehow slip through the watchful gaze of censors). There were reports of shocked reactions to a 2012 screening of the Thai thriller Mindfulness and Murder, in which two men have an affair.

Audiences North Korea are said to be a lot louder than in the West. Sports films play well with everyone as they tend to promote a team ethic as opposed to individualism. Many British titles are deemed acceptable and the appetite for anything Sherlock Holmes-related remains as popular in North Korea as it does in the rest of the world, but Japanese and American films are strictly forbidden.

Regular attendees of PIFF have spoken of how attitudes have changed in recent years. Despite food shortages, there are lavish dinners put on for guests with locals paying less than £1 for tickets to each film. Each of the ten foreign journalists who makes the trip to Pyongyang will have to fork out £1,500 to attend, though this includes travel on the state-approved airline.

The questions raised by political meddling in film festivals are more pronounced in countries like North Korea where we can see a direct effect on the selection available to view, but as the turmoil in the South shows, there are issues across the board.