Peak Health: What's Next For Vitamins? 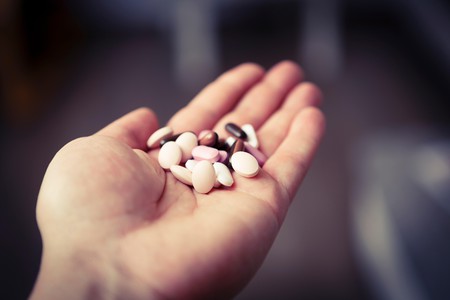 Britons are spending record amounts on supplements, whether to compensate for a poor diet or target specific health woes. But with high-tech vitamin patches, injections and drips now featuring in the wellness line-up, how do we know which one has the edge when it comes to boosting our health?

Supplements are big business. Up to two-thirds of British adults take vitamins daily, according to research by Mintel, with the industry now worth £442 million. As such, it’s one of the fastest-growing categories in the UK beauty and wellness market – and with good reason. Intensive farming methods continue to deplete soil quality, meaning the nutritional value of British food is plummeting. Moreover, the NHS reported in 2017 that 75 percent of Brits were failing to eat their five a day.

A study by McCance and Widdowson shows that, between 1940 and 2002, the copper levels in British vegetables decreased by 76 percent and the calcium levels by 46 percent, while the irons levels in fruit were depleted by 24 percent. The research also showed that mineral levels in meat and dairy products slumped significantly. Supplements can compensate for this nutritional void.

Dietary supplements were first introduced in the early 20th century as a way to prevent deficiency-induced illnesses such as scurvy and rickets. Fast forward 100 years and the wellness-supplement umbrella is vast, spanning minerals, probiotics, amino acids and essential fatty acids in capsule and tablet form, but increasingly available as sprays, liquids, patches and injections. 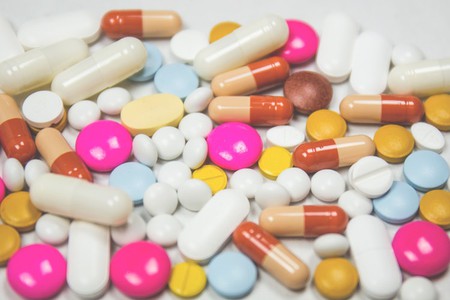 The Future Of Vitamins | @freestocks / Unsplash

But do we really know what we’re taking, and which methods are best when it comes to boosting our health?

Tablet-based supplements remain the most popular way to get a vitamin fix, but with thousands of formulas on offer at varying price points, navigating the shelves can be a complicated task. And it’s all too easy to pick up a dud formula. In the UK, most supplements are subjected to the food safety laws of the Food Standards Agency rather than the more demanding checks used for medicinal products. “The problem is you never quite know what you’re buying,” explains nutritionist Dr Marilyn Glenville. “Many formulas are packed with fillers and binding agents as well as poor-quality, and thus ineffective, vitamins and minerals.”

Pharmacist Dr Shabir Daya also doubts the efficacy of many vitamin supplements, saying the body cannot absorb 100 percent of anything oral, including capsules. “At best, we absorb just 60 percent of any given formula,” he says. “When you take a tablet, it must first travel through the digestive system, where a lot of its potency can be lost due to the stomach’s acidity.”

Vitamin sprays, on the other hand, are applied within the mouth, one of the most absorbent parts of our bodies. Our gums, cheeks and the underside of our tongues are all capillary-rich areas that allow for quick and easy absorption directly into the bloodstream. A study by the Nutrition Journal found vitamin absorption via oral sprays is almost three times higher compared to capsules. Glenville says vitamins D and B12 are particularly potent when taken sublingually.

Research also indicates that vitamins and minerals (particularly magnesium) are absorbed effectively when applied to the skin in spray or cream form. The primary benefit of spray-on magnesium is how quickly it gets to work, helping to relieve everything from muscle and joint pain to menstrual cramps.

Even probiotics are getting in on the act. Industry leader Symprove’s award-winning formula is liquid based, meaning it doesn’t trigger digestion, allowing bacteria to transit through stomach acid directly to the intestines. This is also the science behind Altrient C, a gel-based vitamin C supplement that’s an industry favourite.

Taking supplementation to the next level are vitamin drips, injections and patches. The IV drip has gained cult status in recent years, famed for its ability to banish hangovers, boost energy and even promote weight loss. But for all the lofty claims, it is yet to be proved that intravenous vitamin solutions are offering anything more than a placebo effect.

“There is research to suggest vitamin patches may work – HRT patches are hugely successful – but I’m sceptical about drips and injections,” says Daya. “Many deliver vitamins in huge doses, which can push you over the RDA. Instead of being a health ‘boost’, exceeding your daily allowance of certain vitamins can be dangerous.”

The bottom line? With patches and injections being a pricey, and controversial, way to get a vitamin fix, health experts believe the future lies in high-quality formulas, whatever their method of delivery.

“Just be sure to do your research,” says Glenville. “Always buy capsules instead of tablets, which guarantee far superior absorption, and when it comes to sprays, check the dosage and research claims. Anything that sounds too good to be true probably is.”