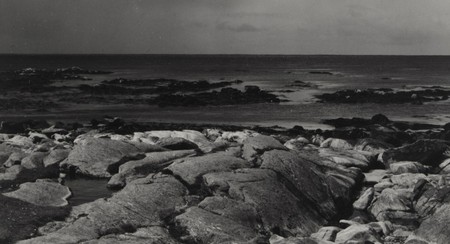 Over the course of his life Paul Strand photographed and documented the life of normal working class people across the world, creating a portfolio full of diversity and expression. Seeing his works, one can be surprised by the contextual creativity and freshness of his style, achieved from a vision that is both simplistic and direct, undoubtedly reflecting the essence of the modernist era.

‘The critical moment for the photograph is the moment of seeing, a creative act which involves the perceiving of the subject to be photographed in the first place and the photographing of it in the last place.’ — Paul Strand 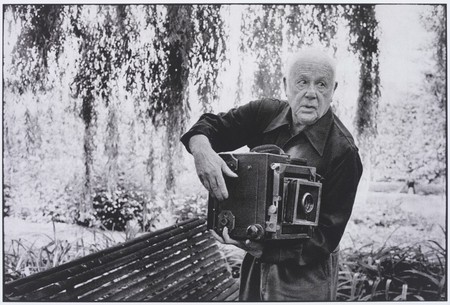 As a young photography student in New York, Paul Strand became acquainted with Alfred Stieglitz; the founder of modern photography as an art form, and the two men became friends — Stiglitz became an older tutor and guide to Strand. The photographs Paul Strand produced during this period were in the popular style of Pictorialism, a much more contextual, emotive and artistic manipulation than the classic family portrait. The images were often blurred and coloured grey, beige or brown instead of purely black and white; with the aim to inflect structure in order to achieve the desired effect.

However, Strand was later to express his desire to drop any ‘ism’ and instead concentrated on creating portraits of his fellow New Yorkers. To do so he devised a camera with two lenses, one which appeared to be shooting one way but was in fact photographing another. Effectively capturing the person unaware; these photographs are spontaneous and surprising, lacking the contrived directness of some of his later work. This is also the period in which Paul Strand’s magnetism towards the theme of the everyday begins to emerge: commuters, trains, traffic and the general bustle of the city are largely portrayed in his photographs. 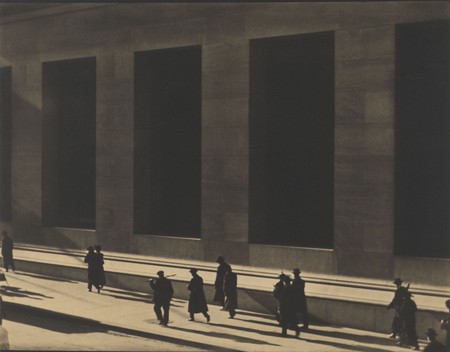 By this time Strand resolved to get his work out to a larger audience, photographs were still expensive and inaccessible to the general public: the only solution would be to experiment with the much more economic and popular medium of film. Together with Charles Sheeler, another well-known modernist photographer at the time, they created the nine-minute-long black and white film Manhatta, which made use of the moving image to depict the texture and movement of city life in the 1920s. The use of weaved image and word, in the old silent film style where one is displayed after the other to explain and expand on the narrative, is sincere and modern. Relevant and thought-provoking quotations from the famous modernist work by Walt Whitman, Leaves of Grass, hammer home the statement that the artists are trying to make: to step back and regard the flow and movement of the city you are part of, and often swept away by. The message is at once joyous and self-celebrating, as much as it is contemplative and overwhelming. Paul Strand went on to make various other experimental films, like Native Land and Redes. 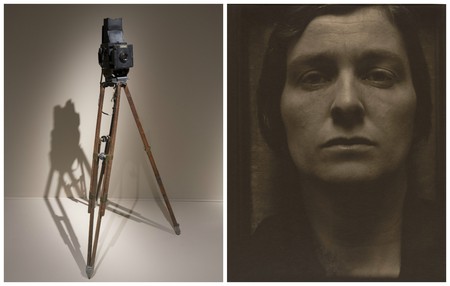 Following the divorce from his first wife, Paul Strand moved to New Mexico in the early part of the 1930s. It was here that he began to embrace politics, especially Socialism, which was becoming visible in Mexico at the time. After this, many of the towns and destinations Strand chose to visit and photograph would be influenced by social and political movements, due to the influence of the impending world war. The photographs here were to become book collections, with each country having its own book; making his work easier to publish and more accessible.

The photographs taken during his stay in Mexico once more depict the reality of daily life, featuring portraits of men wearing sombreros in the sun, or women looking after their young children. They capture the arid landscape and the heat, the sun is felt on the weathered faces of the men and women, as well as visible through shadows. Strand also photographed the Mexican landscapes using a smaller camera, expressing his enjoyment when challenged to capture a large expanse of land in a compact and smaller photograph. 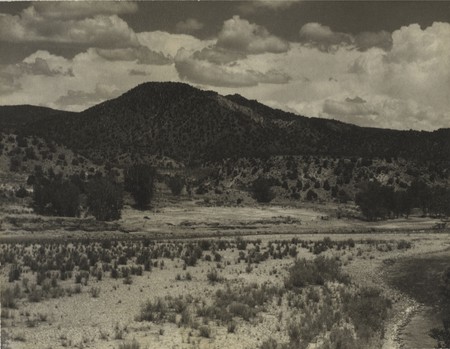 Some of Paul Strand’s finest photographs were taken during his stay in Europe, where he travelled to France, Scotland, Italy and Romania. Raw, poignant and textured: one of his most iconic portraits Young Boy was taken in France in 1951, as were many other snap-shots into the lives of small townsmen and women. In post-war Italy, Strand depicts a family portrait of the Luzzara Family, one of the men in the image becomes his tour guide, having learnt English by being a prisoner of war — the image is contrived, yet captures the uniqueness of the family and epoch. The characters are looking away from the camera, relaxed and nonchalant, reflecting the familiarity of the photographer and his subjects. Strand was particularly interested in the Luzzaras for being a socialist family, as was the case with many of the towns and people which he photographed during this period.

After extensively travelling, photographing in Ghana, Egypt and Morocco, Strand finally settled down in Orgeval, France, with his wife Hazel Kingsbury, where they lived for another 26 years until his death at the age of 85. Apart from his depictions of city, town and working life, Strand remained a passionate lover of nature and would often create photographs of leaves, trees, and the environment in which he found himself in. Some of his most startling work consists of experimentation with close-ups of nature, which become abstract, intricate observations and compositions. He spent his remaining years cultivating and documenting the movement and growth of his garden in France. 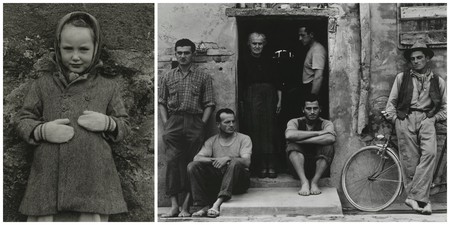 An exhibition of Paul Strand’s work, Paul Strand: Photography and Film of The 20th Century, is on display at the Victoria & Albert Museum, until 3 July 2016.