On Secret Pasts and Moral Ambiguity: An Interview With Louise Doughty 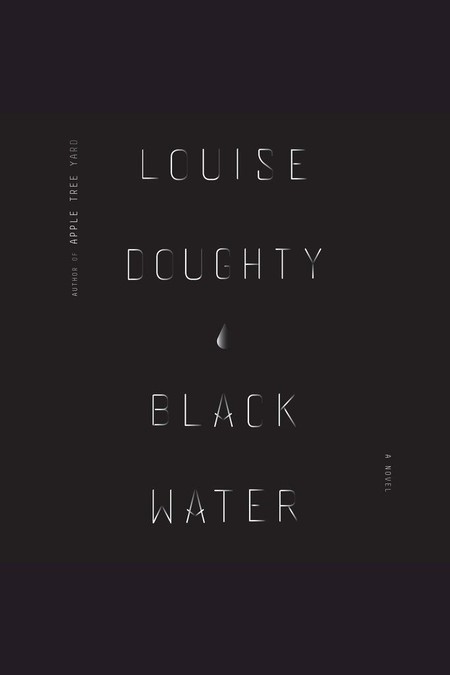 From the cover of Black Water | Courtesy of Farrar, Straus and Giroux

Louise Doughty is the author of seven novels, including the top five bestseller Apple Tree Yard, adapted by the BBC this year in a critically acclaimed series starring Emily Watson. Her latest novel, Black Water, is a gripping tale of moral ambiguity, political intrigue and redemption. Taking place in Indonesia, it explores one man’s secret past, set against one of the country’s darkest periods. We caught up with her to find out what inspired Black Water, where she does her best work, and which books she’s reading.

Culture Trip: Black Water is quite a big departure from your last book: its protagonist is a man and it’s told in the third person. Was it a conscious decision to make that switch? 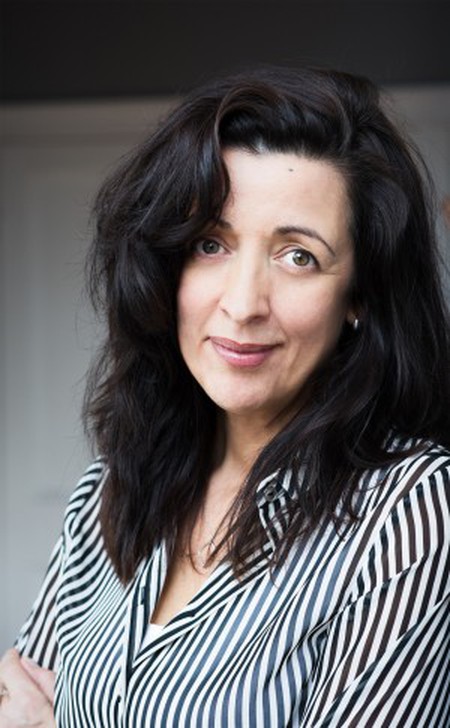 Louise Doughty: In retrospect, I think I was a little tired of the narrative tone I had used in my previous few books. Stone Cradle, Whatever You Love and Apple Tree Yard all had female, first-person narratives and I think—although it doesn’t sound very technical—I just wanted a change. It’s always a challenge to write in a different race, nationality or gender and I felt like stretching myself a bit. Although the geography and tone of Black Water are quite different from my previous books, thematically, they have a lot in common: one individual with a dark secret, surprises in store and a sense that the stories we tell ourselves are often untrustworthy. That’s a common theme to my narratives no matter how I tell them—so in that sense, I don’t think of Black Water as that much of a departure.
CT: Where did you get the idea for Black Water?

LD: I got the idea for Black Water when I was a guest at the Ubud Writers & Readers Festival on Bali in Indonesia, in 2012. I had the most terrible jet-lag and lay awake every night—and on one of those nights, an image came to me: a man lying awake in a hut in remote area, listening to the monsoon rain on his roof and feeling mortally afraid. I knew this man believed that other men were going to use the cover of darkness and the rain to come and kill him. I didn’t know who he was or what he had done—but I knew that what he was really afraid of was the ghosts of his own past. It all lead on from there.

CT: The novel delves into the brutal history of Indonesia and the political machinations of countries, as well as exploring private responsibility and guilt. Would you say you’re equally interested in the personal and the political?

LD: Yes, very much so, I regard the two as intimately entwined. Every political decision is made by an individual based on his or her own needs, experiences and prejudices. I’m very interested in the idea of collective responsibility. Harper in Black Water is just one person in a chain of command that leads to the deaths of innocent people—everybody in that chain is individually responsible but nobody is wholly responsible: in that situation, where does blame lie? That seems to me to be one of the great political questions of our time—and it’s something Harper wrestles with when he looks back on the events of his past. 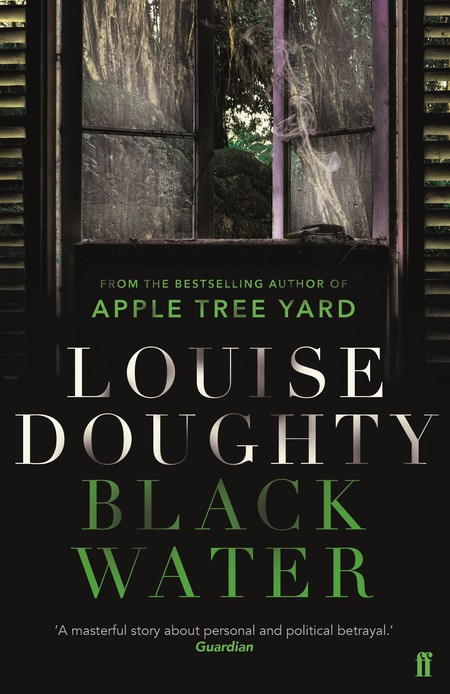 CT: Apple Tree Yard was recently made into a very successful BBC drama. How did it feel to see your characters come to life on the small screen?

LD: It was both exciting and extremely weird: particularly with some of the minor characters, who looked precisely how I had imagined them—it was as if the production team had been inside my head. I was very pleased with the look and feel of the production and was made to feel welcome on set by everybody, which isn’t something that happens all the time. Talking to other authors who have been adapted, I’ve realised just how lucky I was.

CT: The TV adaptation introduced the book to a whole new legion of fans. Do you have any plans to continue Yvonne Carmichael and Mark Costley’s story with a sequel?

LD: So people keep asking! All I am saying is, that’s not what I’m working on at the moment but it isn’t something I’ve entirely ruled out for the future.

CT: You completed a creative writing course at the University of East Anglia. What was the most important thing it taught you, and how did you make the leap from there to bestselling author?

LD: That course was invaluable to me. I was very young when I did it—twenty-three—although at the time I thought I knew everything. The most important thing it taught me was that writing is a very long-term game and apart from raw talent, you need to work incredibly hard and have enormous amounts of stamina. I graduated in 1987 and my first novel was published in 1995—that’s just how long it took. I only became a bestselling author with Apple Tree Yard, published in 2013, twenty-six years after I graduated—so it wasn’t so much a “leap” as a very long, very uphill slog. I went back there recently, for the UEA Festival and to teach a masterclass. It was a great joy to be returning as an eight-novel published author thirty years after I had been a student—I had a real moment of, ‘Gosh, look how far I have come’.

CT: Could you give us a little insight into your daily writing process?

LD: If I am ploughing through a first draft—which is always the hardest bit for me—then the most essential thing is that I start writing first thing, around 9am, with that first cup of coffee of the day. If I stop to open my inbox or look at some admin, I’m done for. It then becomes an office or admin day, rather than a writing day. There is the most enormous amount of admin that comes with even a moderate amount of success. On average, I get three or four requests a day for interviews, appearances, questionnaires or help from aspiring writers. I’m sent around six books a week by other publishers. As well as the next novel I’m also under commission for a short story and a screenplay—and that’s before we even start on being a mother! Somehow, amidst all that, time has to be made to write fiction—it’s a constant battle, and mornings are my best weapon. Once I am deep in a book, nobody gets hold of me between 9am and 12 noon. That’s when I do my best—caffeine-fuelled—work, often in a local cafe in order to get me away from everything else that is waiting.

CT: Psychological thrillers seem to be having a real moment now. Have you read any recently that you’ve loved?

LD: I’m currently reading Kate Hamer and Emma Flint, as I’m about to do an event with them, and am enjoying both of their work very much. I’ve got appearances with Lucy Atkins and Julie Myerson coming up, so will be doing the same—I’m a long time admirer of Myerson’s novels. I really enjoy what you might call “crossover” books, books which have an element of psychological thriller but are also splendid works of literary fiction. Helen Dunmore’s new one, Birdcage Walk, definitely falls into that category, and Jill Dawson’s The Crime Writer. I also love Margaret Atwood and Kate Atkinson. There is just so much fantastic fiction around I can’t keep up–one life isn’t enough.