Notting Hill Carnival’s Costumes Through the Eyes of a Designer 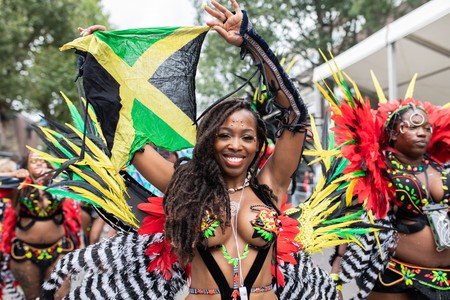 Notting Hill Carnival, London’s biggest summer street party, is steeped in Afro-Caribbean culture. Nowhere is this more apparent than in the unique costumes that are designed for the event. But what is it like to design and wear one of these incredible outfits?

It was Trinidadian political activist Claudia Jones who, in response to London’s 1958 race riots, first introduced the idea of the Notting Hill Carnival to the city. It was originally a way of bringing communities together, but over time the event has become more inspired by the annual Trinidad and Tobago Carnival and its vibrant costumes.

Flagz Mas Band is a 300-strong troop, making it one of Carnival’s largest floats, so costume is key. Not only does it emphasise the group’s size but also its inclusive message, as involvement in the parade is completely open – the only criteria is that anyone joining dresses the part on the day. 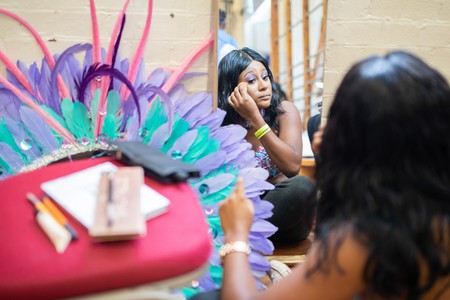 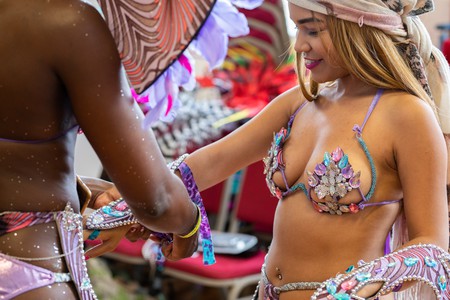 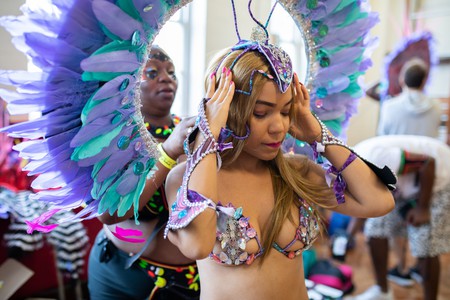 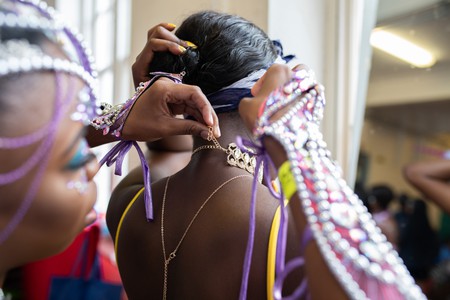 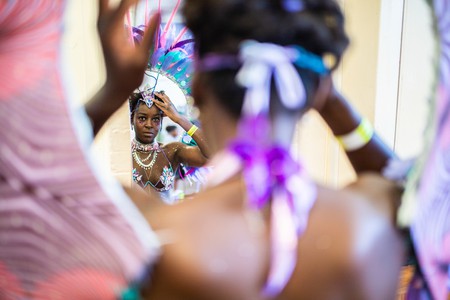 Sonya Dyer, a Central Saint Martins fashion student with a background in fine art, has been trusted with designing 2018’s costume collection. “I’ve been a member of Flagz for six years, but this is the first time that I’ve designed the costumes for Carnival,” she tells Culture Trip. “At one stage there weren’t many people in London who could make costumes, but there’s so much creativity surrounding the parade now. Young designers are taking to the challenge, and it’s exciting to see what people are producing.”

Dyer was inspired by African art and mythology, specifically an exhibit hosted by the British Museum in 2010 that showcased a series of bronze sculptures discovered off the coast of West Africa. “The research stage of any project is what takes up the most of my time,” she says. “I would say I’ve spent around two solid months on Carnival work now.” 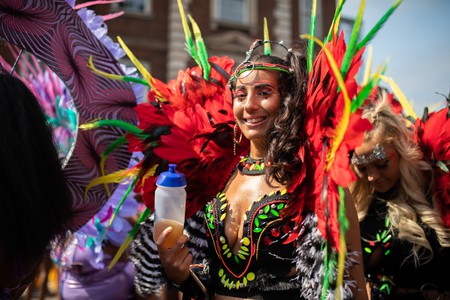 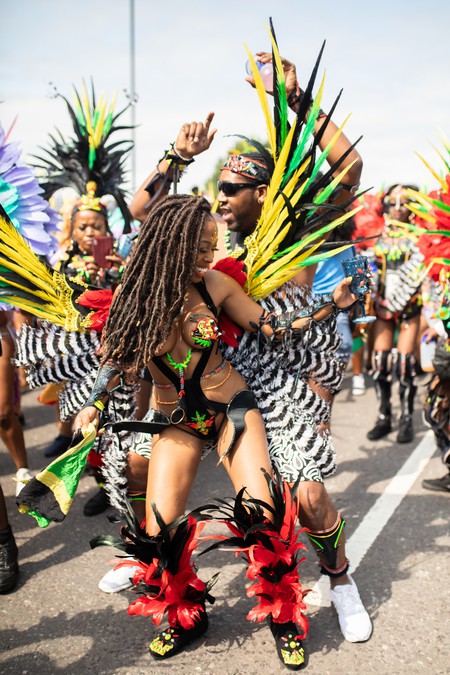 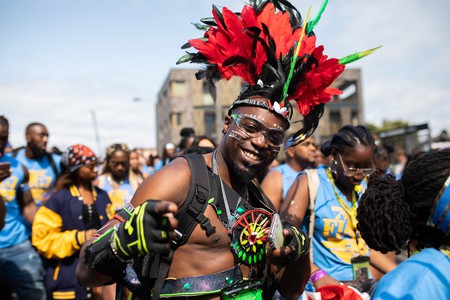 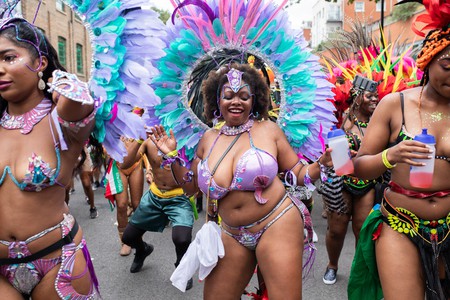 The result is a series of three collections with pieces ranging from simple T-shirts to outlandish frontline costumes and bespoke outfits which can cost up to £650 ($840) each. “Carnival is like a wedding for us. People really go all out. We spend hours getting ready in the morning – if you’re not wearing a full face of make-up to go with your outfit, it doesn’t go unnoticed,” she laughs.

Fellow Flagz member and Carnival performer, Sandra Canrom, agrees. “Wearing the costume really makes you feel like you’re a part of Carnival – it’s liberating,” she says. “The launch day usually happens nine months before the event and from that moment I start to think about what I’m going to wear. It’s all about coordination, from shoes to jewellery and hair… even your drinks bottle has to match.”

Canrom is wearing the black Mujaji costume designed by Dyer. It’s a bra and shorts combination with a yellow, red and green feather shoulder piece attached to the back. 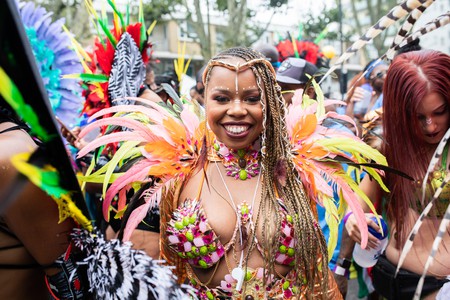 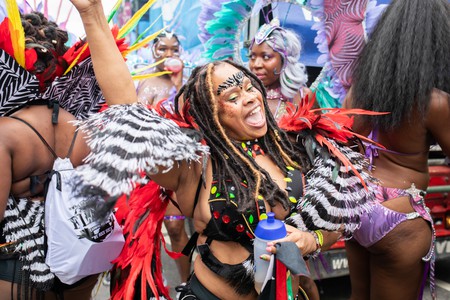 Anyone can join the group’s parade | David McConaghy / © Culture Trip 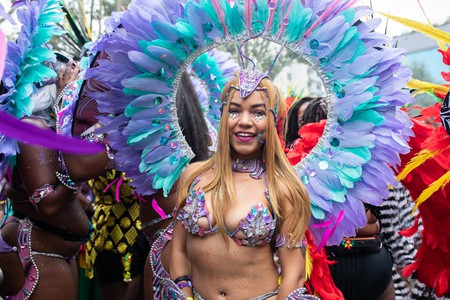 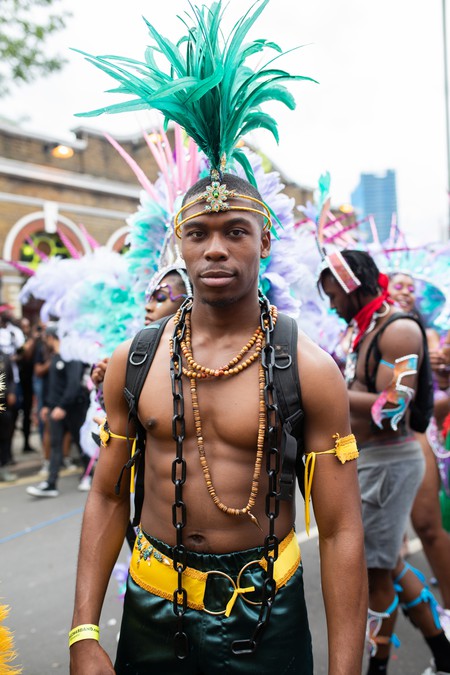 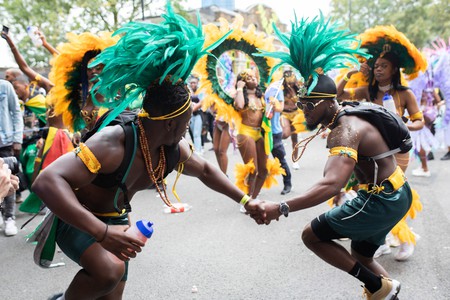 As a Jamaican by heritage, it’s the design that’s closest to Dyer’s own heart. “I wanted to keep an element of personality in my work without being too literal,” she says. “These are designs that are made to work with people of all sizes, races and skin tones, but it’s important to me to remain authentic.”

For those involved in Flagz year round, there’s an emphasis on educating younger members of the troop about the history of Carnival. “For so many years Notting Hill Carnival has been bringing us all together,” Dyer explains. “Ultimately, we refer to ourselves as a family. We are a very tight-knit group, which is what sets us apart from others. There’s definitely an element of competition between floats when it comes to costume though – everyone wants their troop to be looking the best.”

The pressure is on Dyer to create something extraordinary. Canrom has high expectations.“The costumes are a lot more comfortable than you may think,” she says. “They are specifically designed to be light and to work with the wind. They’re made to our personal measurements, so they fit perfectly.”

Practicalities are important, but Dyer favours style. “I once made myself a huge pair of wings that I kept on my back for the entire day,” she remembers. “They were so heavy. But when you’ve looked forward to the day for so long you just do it – you’ll never wear that outfits again. Plus, the rum pulls you through.” 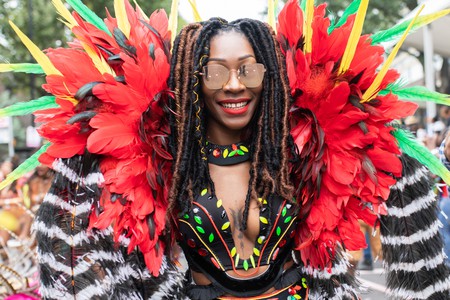 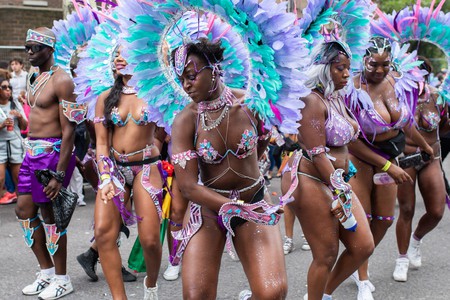 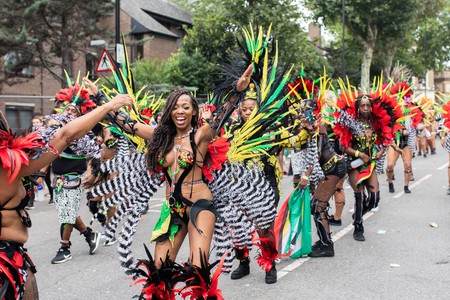 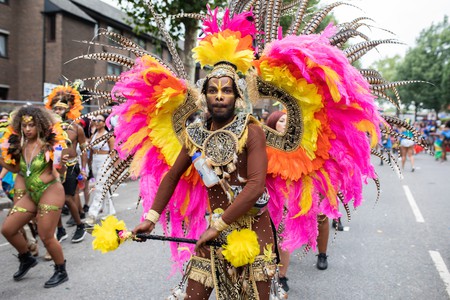 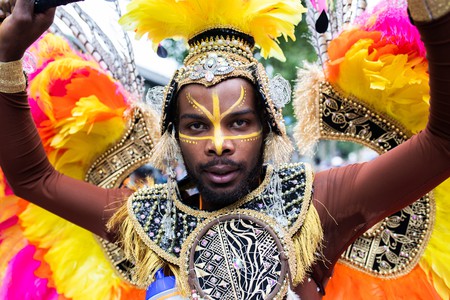