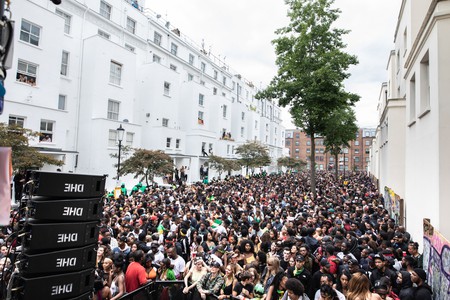 The sound systems of Notting Hill Carnival are famed for bringing Caribbean rhythm and soul to the streets of West London. The DJs of Rampage, one of Carnival’s premier hosts, shed light on how the street party became one of London’s most important cultural events.

Each year, more than 2 million people converge on the streets of west London for Notting Hill Carnival, a melee of brightly coloured costumes, spiced food and booming bass lines. A vibrant celebration of Britain’s Afro-Caribbean heritage, Carnival is an expression of the joys and frustrations of the British black experience, a call for unity, at times a dance of defiance and, at its core, Europe’s biggest street party.

“It’s two days to enjoy food and music and really let your inhibitions go, to literally go dancing in the street, whether it rains or the sun’s out. I’ve been to beer festivals in Germany, I’ve been to carnivals in other countries – it just doesn’t even come close to how significant Notting Hill is,” says DJ Mike Anthony, founder of Rampage sound system, the biggest of the speaker stacks and DJ crews that drive the heart and soul of Carnival.

Since the mid-1990s, Rampage has set up its towering speakers on Colville Terrace, a street lined with pastel-coloured Victorian houses, just off Portobello Road. Drawing some 15,000 visitors on each of the event’s two days, Rampage is known for throwing the biggest parties at Carnival, and hosting surprise performances from the likes of Stormzy, Wiley, Sean Paul, Shaggy, Dizzee Rascal, Tinie Tempah and Mark Ronson.

“As Rampage, we take our music very seriously,” says Anthony. “If we play a genre of music, we want to play it with the justice it deserves. But the sound system culture isn’t just about knowing the music – it’s about having your own speakers, setting up your own equipment and throwing your own parties, whether it’s in a field, a house or the street. It’s about transporting it, wiring it up, knowing how to build the speaker box.” 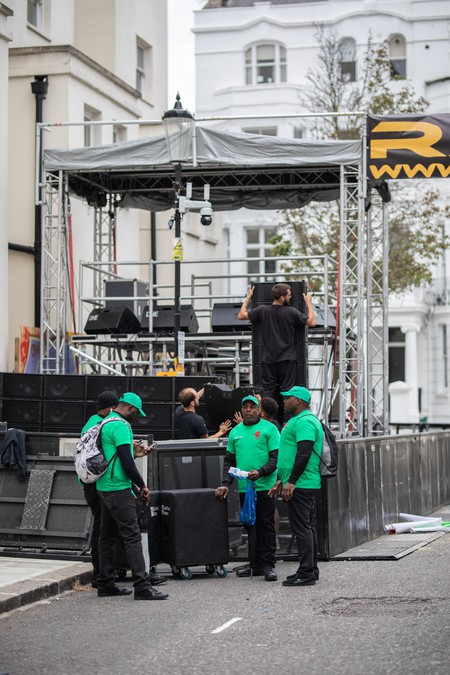 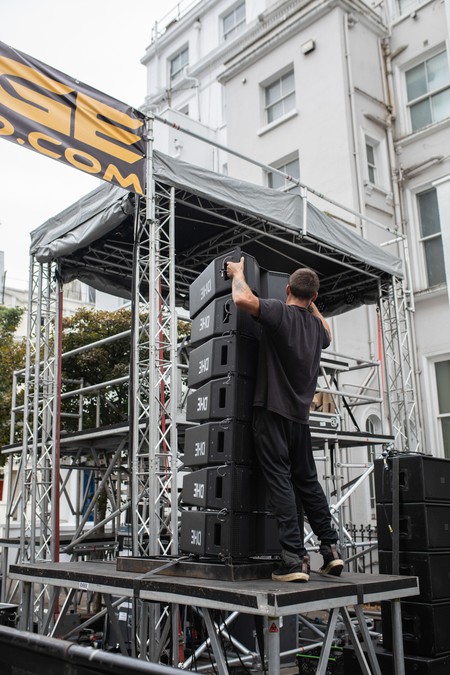 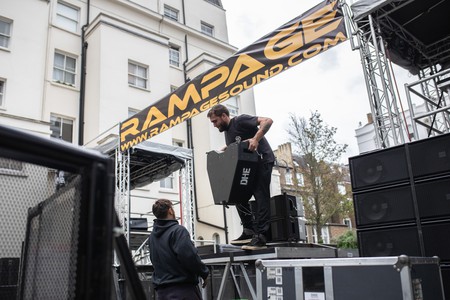 The history of sound systems in the UK dates back to the 1940s, when thousands of people migrated to Britain from its former colonies in Jamaica, Trinidad, St Lucia and other Caribbean islands. In search of work and fresh beginnings, the new arrivals drew on their music and traditions as they navigated their way into a white British society which frequently treated them with a hostility that culminated in the 1958 Notting Hill race riots.

An effort to bridge the cultural gap between the communities led to the proliferation of celebrations of Caribbean cultures across London. Over the following decades, Notting Hill Carnival coalesced, growing into a cultural touchstone that blended the Caribbean’s diverse musical styles.

As the influence of pan-Caribbean beats grew, British music became more bass-centric, a change that ultimately paved the way for the genesis of jungle, garage and grime. “The introduction of sound systems into UK lifestyle has been key for the growth of urban culture and British music,” says Anthony.

“When sound system culture started it was heavily reggae influenced – but now you can get sound systems that play music across the board,” says DJ Treble T, Rampage’s lead MC and longtime DJ. “It’s grown beyond its Caribbean roots and has been taken on board by DJs around the world, regardless of the kind of music they play. When we first started, we liked all forms of urban music – R&B and hip-hop and dancehall. We were some of the first guys to multi-genre mix, in particular on national radio.” 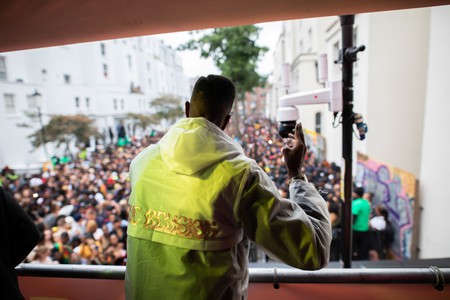 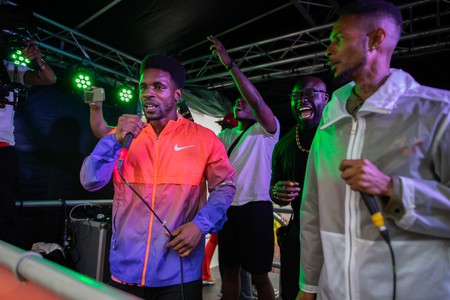 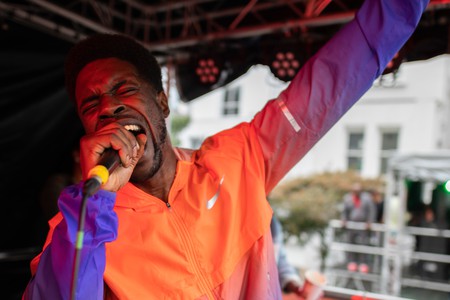 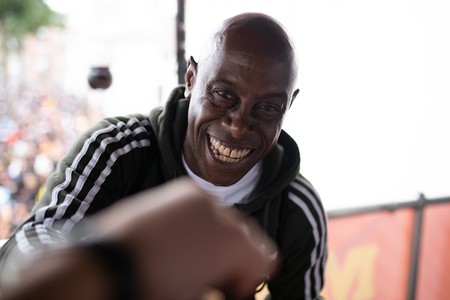 For Rampage, whose members have historical roots across the Caribbean, a multi-genre sound has always, according to Treble T, “been part of our modus operandi. Being a multi-genre sound is one of the things Rampage got its reputation for.” In 2002 they launched 1Xtra, a BBC radio station specialising in urban music. “It was one of the things that we started, not sticking to one particular genre,” he continues.

Mixing sound was something Anthony grew up with. “My dad was a musician. I always wanted to get into music, but I wasn’t disciplined. I hated playing the piano. But I remember going to a community hall where there was a party and this guy was DJ-ing and I’d never heard anything like him before. His name was Richie P. I said, ‘Can I grab the mic?’ He was on the decks. We started doing house parties around London.”

Following a stint on the London house party scene, Anthony’s mother sent him to live with his uncle in Switzerland to keep him out of trouble. “But it was like sending me into the lion’s den,” says Anthony. “They ran a music agency out there of some 300 DJs and artists. I was maybe 16, 17, going to Austria, Switzerland, Germany. I was supposed to go [to stay with my uncle] for three months and ended up being gone for three years. Richie joined me out there, and we worked out you could run it as a business. We called it Rampage: Richard and Michael Performing and Giving Entertainment. Our first event was with my uncle’s sound, Rapattack.” 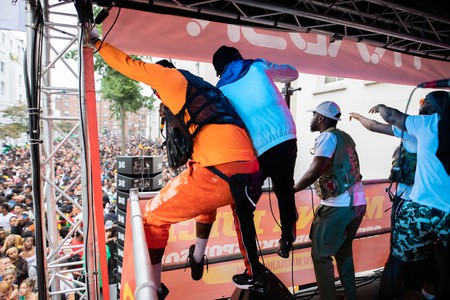 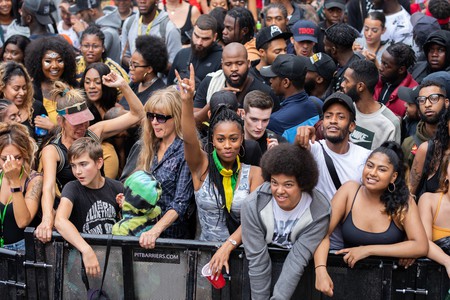 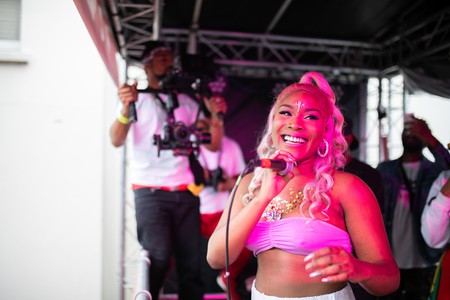 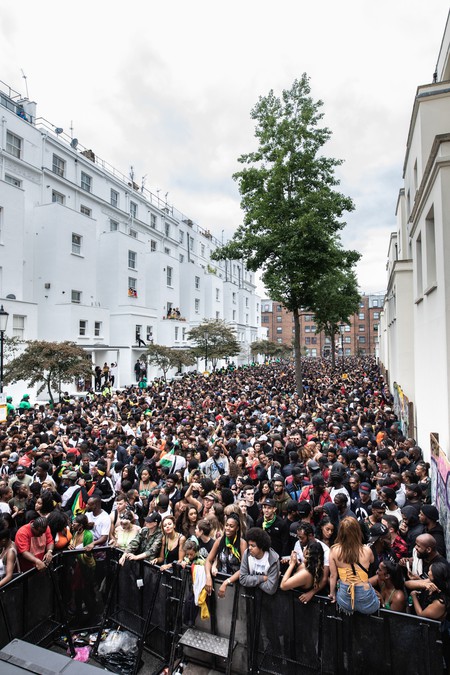 After returning to London, Rampage’s reputation continued to grow, with the crew hosting newcomers such as Snoop Dogg for his first performance outside the US. Still, they struggled to get into Notting Hill. “All the spots were taken, but they said that if we could find a spot and electricity, we could play. By luck, the road I lived on at the time was Colville Square. One morning, I woke up and my windows were shaking. Someone had set up a sound [system] on my road. It was Jazzie B from Soul II Soul. But no one turned up, and the following year, they didn’t come back and Carnival said we could play there. The first year, 10,000 people turned up.”

For Anthony, Carnival draws bigger and bigger crowds each year because of its commitment to diversity, both musically and culturally. “When you look out at the crowd from behind the turntables, you don’t expect to see any one colour or people raving to one type of music – it’s a lot of people and cultures together,” he says. “It’s a festival based on pan-Caribbean culture, which is very welcoming. So everybody – white, black, Catholic, Jewish – just comes and parties in the street. There are Latin sounds, house sounds, hip-hop sounds, reggae sounds.

“Some people might say Carnival is losing its Caribbean edge. But I think that if the core of Carnival remains true to the Caribbean values of being open and welcoming, and as long as people know where it’s come from and understand its history, it will continue to pull communities together,” Anthony continues. “As a society, we might have bad years, with things going wrong – right now, there’s a lot of rising nationalism – but that tends to go away at Carnival, where you realise how much people have in common.

“We don’t make any money playing at Carnival, and it’s such an expensive thing to do. I was telling someone about all of the set-up costs recently and they were like, ‘Well, why do you do it?’ But it’s for the love. Always, for the love.” 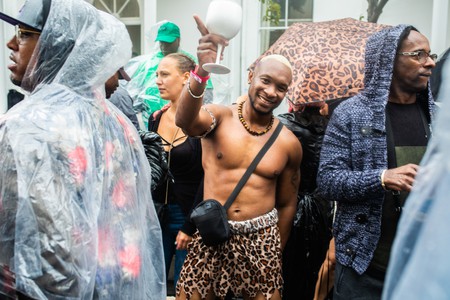 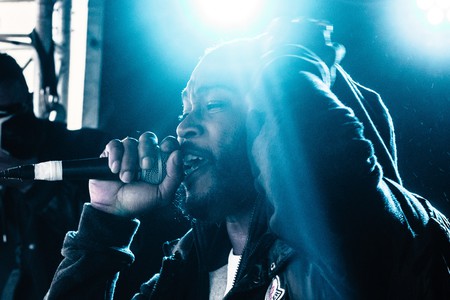 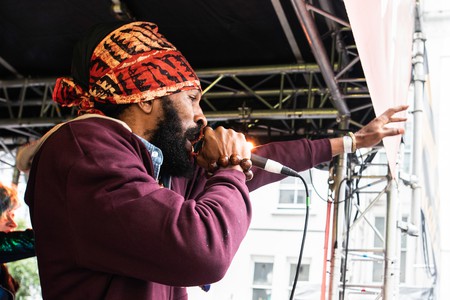 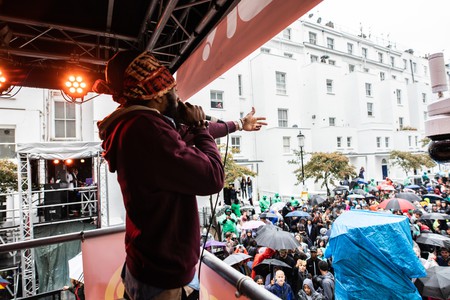 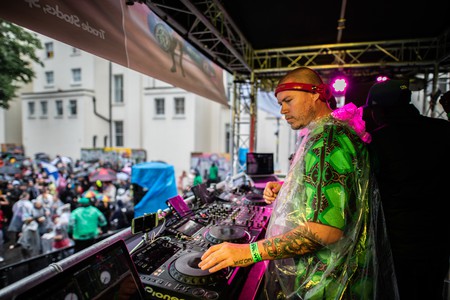 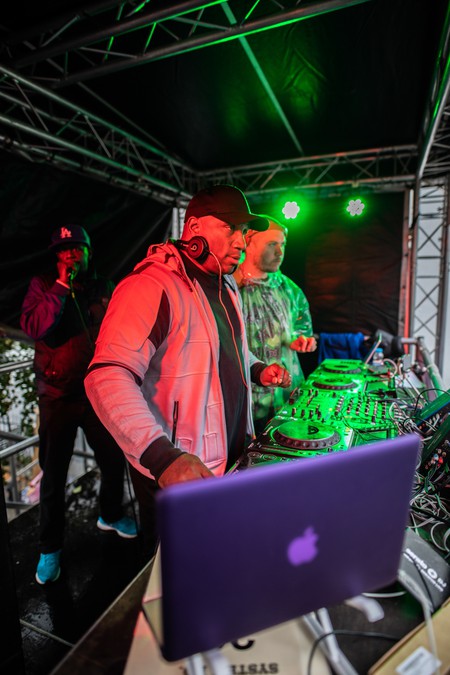 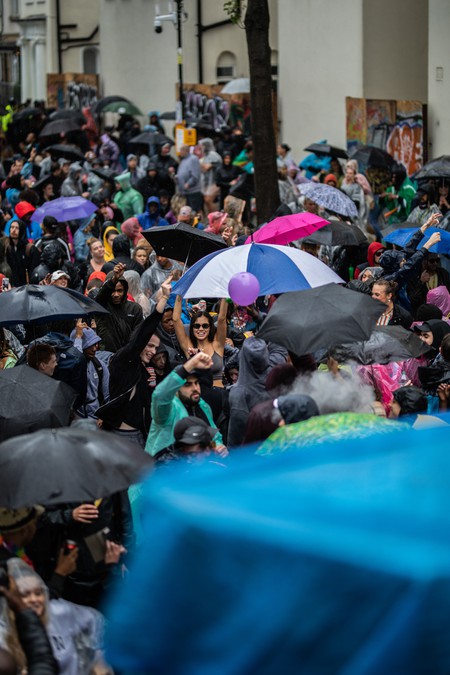