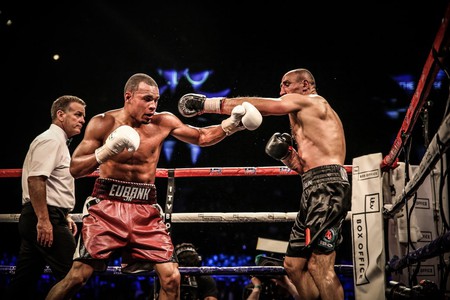 A set of brilliant fights is upon boxing fans, in a new tournament format that will take place across a number of different cities, with six world titles on the line.

The World Boxing Series is the second time a tournament event has been held across professional boxing, after the modest success of the Super Six World Boxing Classic that ran from 2009 to 2011. Within the tournament, 16 different fighters – eight cruiserweights and super middleweights – will battle it out, starting out with quarter-finals, with the respective winners of each bout going through to the next round.

Every fight will count towards each boxer’s professional record, with the first set of fights seeing the IBO and WBA super middleweight titles up for grabs and world titles on the line in all four cruiserweight match-ups. While the format of the Super Six event was widely praised, it stretched out over two years, whereas this event will be played out over less than half the time, with roughly nine months planned in-between the first bouts and the finals.

As well as the world titles on the line, fighters will compete for a prize pot of $50 million ($25 million for each division) and the Muhammed Ali trophy. The series is the brain child of Sauerland Promotions, which combined with Richard Schaefer to bring together a format that will provide boxing fans with regular title fights in a short period of time. In particular, British fans will get to see four Brits involved in the super middleweight division.

Given the sport’s reputation for ongoing negotiations, contract disputes, financial haggling and failure to get big fights sorted, the achievement of getting 16 different fighters (plus reserves) together in agreement is to be applauded.

The first fight goes ahead in Berlin on September 9, with WBO champion Oleksandr Usyk taking on Marco Huck, who held the same belt for six years from 2009 to 2015. As well as Berlin, the likes of London, Liverpool, Riga and San Antonio (Texas) will all host bouts within the tournament. 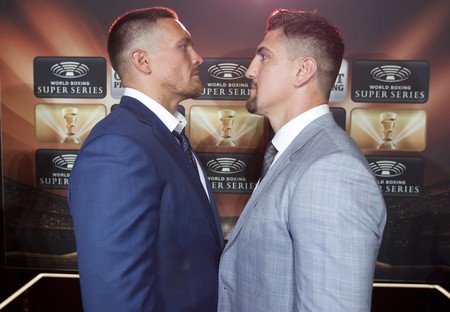 Oleksandr Usyk and Marco Huck face off ahead of their fight. | © Mandoga Media/action press/REX/Shutterstock

Interestingly, the IBF world super middleweight champion James DeGale will not be taking part in the tournament. The British fighter was keen but a shoulder injury means that he’ll have to bide his time, but insisted that he fully intends to fight whoever comes out on top at the end of the tournament.

DeGale explained, ‘If I was fully fit I would have loved to go into it. It’s a brilliant concept, they’ll have three fights over nine months. Hopefully I’ll be able to fight the winner. If I wasn’t injured I would’ve gone into it, there are some good fighters in there and it’s a good tournament. The plan is for me to fight the winner.’

Callum Smith is the favourite with bookies, with George Groves and Chris Eubank Jr just behind, while in the cruiserweight contest, Usyk is the heavy favourite and will become the undisputed world champion in the division if he’s triumphant in the final.