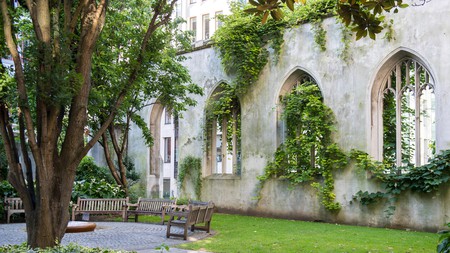 Green Escapes: The Guide to Secret Urban Gardens heads off the beaten track to unearth the world’s finest hidden spaces. Covering 260 gardens in more than 150 cities worldwide, this new travel guide will be the key to seeking out leafy gems away from tourist hotspots. From an eco-container garden grown in skips to an overgrown 12th-century ruin, we select our favourite London oases.

Hidden among the array of shiny new King’s Cross development sites is the unconventional Skip Garden. Just a few minutes’ walk from the station, this ‘container garden’ is a vivid spectacle of veggies, herbs and wildflowers all erupting out of recycled rubbish skips and planters made from scaffolding board. Even better, you can feast on the produce grown here in the café at communal seasonal suppers, lunches and afternoon teas, but be aware you’ll need to book in advance. The garden and kitchen is set up by educational charity Global Generation, which has co-created 26 gardens in the area with local residents and businesses. It is open Tuesday to Saturday, 10am–4pm. 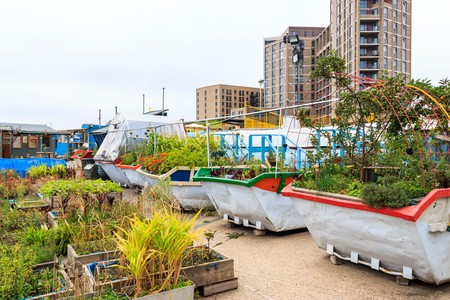 The Skip Garden, a community garden providing a green oasis in the middle of the King’s Cross | © Michael Heath / Alamy Stock Photo

You may already recognise this park, as the tiled memorial by George Frederic Watts featured in the award-winning film Closer (2004). Each of the glazed Doulton tablets commemorate an act of bravery undertaken by an ordinary person who died saving the life of another. The park itself, which opened in 1880, is tucked away in a quiet pocket of the City of London, not far from Sir Christopher Wren’s masterpiece, St Paul’s Cathedral. Nicknamed Postman’s Park due to its popularity with workers from the former General Post Office next door, it’s a charming spot to enjoy the carefully crafted seasonal displays away from the hustle and bustle of the city. 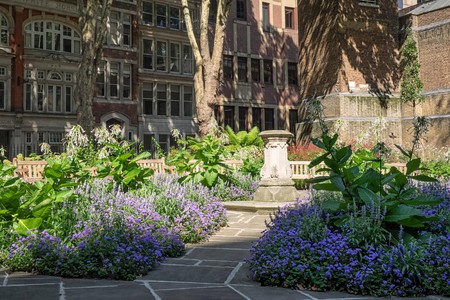 St Dunstan’s in the East

Situated within a ruined 12th-century church, this unique garden is paved with cobbled paths and surrounded by palms and oleanders. It’s a real sanctuary, in the historical area of Old Billingsgate, London Wall and the Tower of London, with a lovely circular fountain providing a focal point. The building has suffered a few casualties over the centuries; it was severely damaged during the Great Fire of London in 1666, which was then restored by Wren, and was later bombed in the Blitz in 1941. It wasn’t until the 1960s that it was decided to turn the shell of the building into a public garden, opening in 1971, with a major overhaul taking place in 2015. 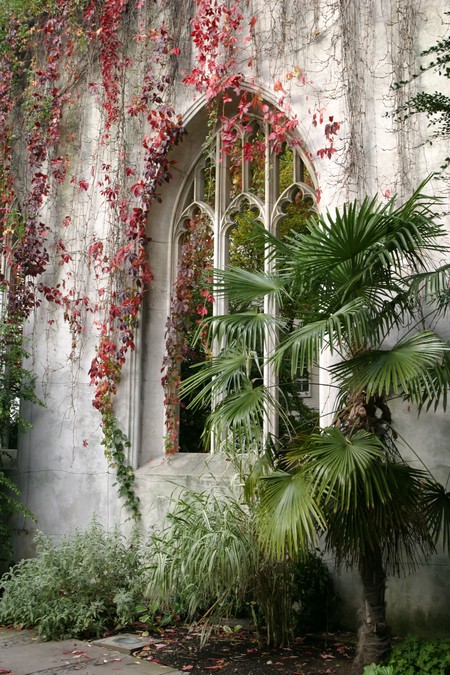 In the heart of Fitzrovia you’ll find this minimalist Japanese-inspired garden tucked away in the Brunei Gallery, which exhibits Asian, African and Middle Eastern artworks. It’s free to enter and the zen-style garden designed by Peter Swift is located on the first floor. Intended as a peaceful retreat from the bustle of London’s streets, it’s dedicated to forgiveness, which is represented by the kanji character engraved on a granite water basin. The entire garden is made up of various types of stone, ranging from Norwegian larvikite to slabs of basaltic rock that symbolise a bridge over flowing water. The highlight is a wisteria-covered pergola that produces a purple rain of blooms in spring. The garden is usually open from Tuesday to Saturday, 10.30am to 5pm.

You’re probably familiar with the Natural History Museum, but have you ever stopped to wander around its 4,000-square-metre Wildlife Garden? You wouldn’t know you were in the heart of Central London: you’ll find ponds covered with waterlilies, trees full of a large variety of birds, and even British woodland and heathland here. The garden was a barren lawn that was transformed into its current L-shaped form in 1995 by Adams Loxton Partnership and won the London in Bloom Meadows Award in 2016. It’s designed to showcase the biodiversity of Britain and that inner-city wildlife conservation can be successful. It’s open daily from April 1 to early November, but you can arrange to visit during winter months by emailing wildlifegarden@nhm.ac.uk. 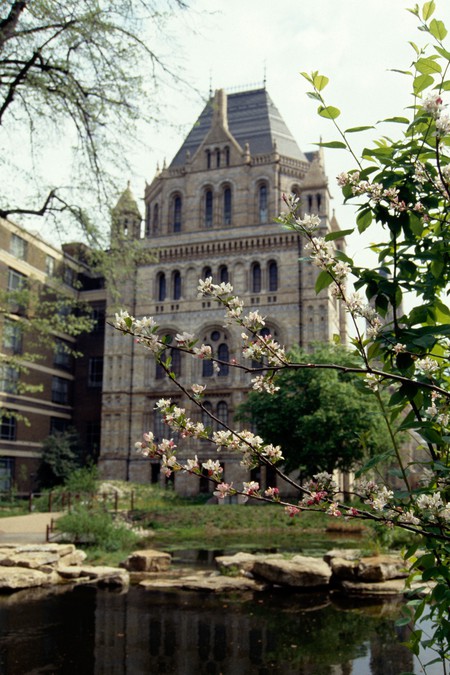 Chelsea Physic Garden is one of London’s oldest ‘secret’ gardens: founded in 1673, it only opened its gates to the public in 1983. It was originally established for the purpose of cultivating medicinal plants to teach apprentices their pharmacological uses by the Worshipful Society of Apothecaries of London. You can easily spend hours in this stunning 1,600-square-metre walled garden, which contains about 5,000 different plants. Wandering through is a real assault on the senses, and the herb garden in particular smells wonderful. The garden is at its very best in the early evening light in summer when it hosts supper talks by experts accompanied by a delicious buffet of fresh produce. Topics range from the social history of the pub to tips on creating seasonal drinks from River Cottage teacher Rachel de Thample. Find out more about opening times and how to buy your ticket here. 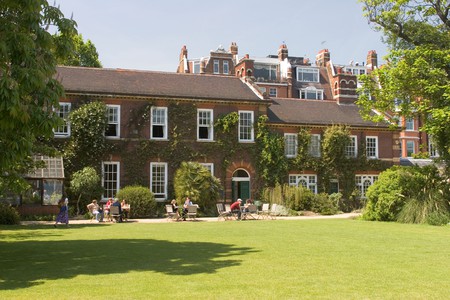 This was a bohemian hotspot in the 1980s when all of the houses in the area were squatted. Well-known garden designer Dan Pearson decided to set up the Bonnington Square Garden Association in 1990 with the idea being to create a garden on the ‘wasteland’ of seven Blitzed houses. The name pays homage to the famous Vauxhall Pleasure Gardens that were just 100 metres from the site back in the heyday of 18th-century Georgian London. The design is a mix of classic British and the exotic, as Pearson worked with New Zealand garden designer James Frazer. Bananas, palms and ornamental grasses appear among the English garden staples as a result of their collaboration. One of the highlights is a huge nine-metre-high iron slip wheel from the 1860s, salvaged from a nearby marble factory. After your stroll it’s worth popping into the delightful Bonnington Café, which still runs on a veggie co-op basis. 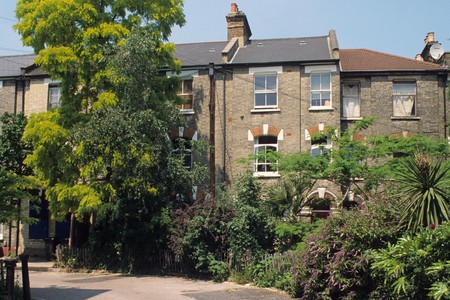 Green Escapes: The Guide to Secret Urban Gardens by Toby Musgrave is published by Phaidon and is available from May 18, 2018. Buy your copy here.