Nadav Kander On the Yangtze River, Obama and the Importance of Photography 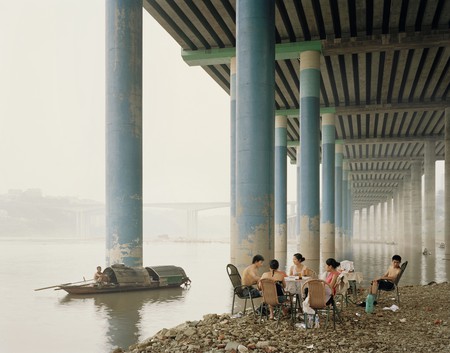 Each year the Sony World Photography Awards (SWPA) honour a photographer for having an exceptional impact on the medium of photography. Culture Trip caught up with Nadav Kander, the recipient of the 2019 Outstanding Contribution to Photography award, and he spoke about being honoured, the language of photography and the inspiration of Mark Rothko.

“I’m honoured to be part of its lineage. It means I’m older than I think I am, but I’m really touched that I’m thought of in that way,” says Nadav Kander. “What makes me happiest is to inspire, to let people be creative, explore their inner feelings and to reflect. If I’ve inspired people, there’s nothing more that I could want.”

You probably know Kander’s work without realising it. The Israeli-born, London-based photographer’s career spans 30 years and has seen him capture pop stars, celebrities and political figures like Barack Obama and Donald Trump. He’s also travelled the world, creating landscapes that reveal the uneasiness of our existence. 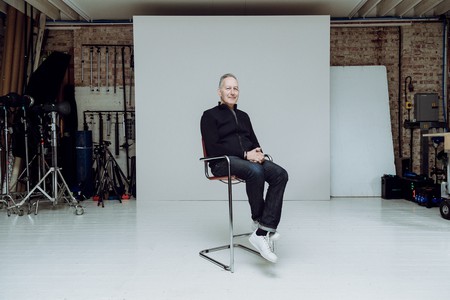 At his studio – a converted piano factory in Kentish Town – Kander is preparing for his SWPA exhibition at Somerset House in April. “I decided to make it a substantial survey of various bodies of work,” he tells us. “A lot has been left out because there isn’t the space. But it’s still quite full.”

The show will be a snapshot of Kander’s innovative approach to the classical genres of portraiture, landscape, the nude and still life. The show will start with God’s Country and Signs We Exist. “They’re pictures of the fragments that we leave behind wherever we go. The things that so clearly show what we’re like, often more than a portrait can,” says Kander. 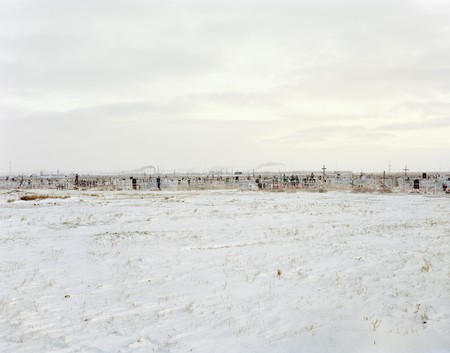 Dust will be in “a much quieter room,” as Kander puts it, “which is of nuclear test sites, the exploration of [the] horror of man really. The whole series started because I heard Google Earth had found towns [on the Russia-Kazakhstan border] which weren’t on any map. I was like, ‘Wow, I have to go there.’”

Kander’s innate inquisitiveness allows the viewer to travel to places we might never get the chance to visit and, more specifically, to discover the sense of a place. In a very small chapel-like room he intends to show his ongoing project, Dark Line – The Thames Estuary, a very personal series about the ethereal landscape of the River Thames as it meets the North Sea. “I love the idea of the history that sits on your shoulder while you photograph something,” says Kander. “The knowledge of what’s gone before that connects this place with now is amazing on the estuary.”

Water is a recurring theme in Kander’s work. It stems from a childhood incident in which he became terrified of looking at the deep darkness of the sea through his swimming goggles. The “unknown terror” he felt at the time draws a connection with an artist Kander has long admired. “[Mark] Rothko’s paintings mean a lot to me. He writes about the terror and horror within his paintings. I love that.” Dark Line, with its uncanny calm, echoes Rothko’s intense abstract compositions and their meditative quality.

Prior to the estuary, Kander spent over three years photographing the longest river in Asia. “I didn’t want to make a National Geographic project of the Yangtze,” he says. “I’ve never been interested particularly in the river as a natural project; it’s always about man’s palm print on the earth.” 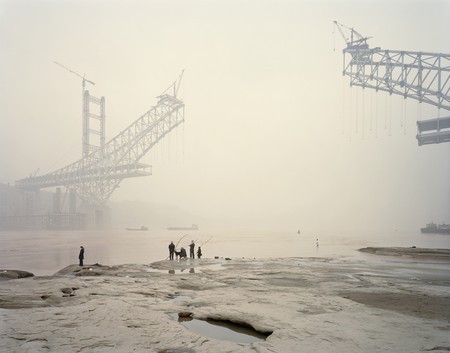 Kander was taken aback by the vast numbers of people – estimated at 400 million – living along the river in poor conditions and far away from their homes. It struck a chord with his own ancestry; both his parents’ families moved, his mother’s from Russia to England to South Africa and his father’s from Germany to Israel and South Africa. “I’m a big believer in cell memory and what gets handed down to us,” he says. “And although I don’t really have a connection to Israel because I left when I was two, I really believe it’s in my bones, the history of migration.”

The photographer moved to London in 1982 and has never looked back. “I really feel like a Londoner. I’ll never be English, I never can be. But I’m 100 percent a Londoner. It’s the most wonderful city. It’s softer, it’s undulating, it’s green. English people are incredibly accepting – that’s why Brexit is so troubling.” But he’s not a fan of the city’s congestion. “I would definitely love it more empty. I remember in the ’80s, when I was alone on Christmas Day I used to drive around because it was so empty. I love that.” 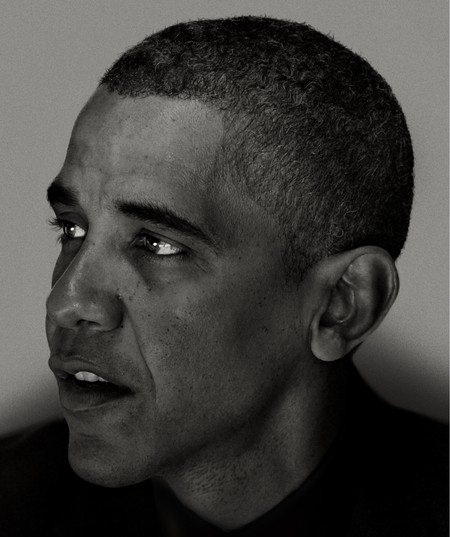 When Kander’s not discovering quiet empty locations, he’s creating captivating portraits of many well-known cultural figures. His catalogue includes David Lynch, Tracey Emin, Chiwetel Ejiofor, Jodie Foster, Steve McQueen and Brad Pitt, but it’s often his images of politicians that command attention. His portrait of Donald Trump for Time magazine is a case in point. “It’s funny because it was so much more important photographing Obama and his cabinet. It was such a huge occasion after Bush. Yet Trump, for all his reasons, always comes up.”

The shoot took place in the president-elect’s living room at Trump Tower with the man in question surrounded by the Secret Service. “At that time Brexit had already happened and there was a feeling of a far right rising in France, and certainly in Italy. I wanted the picture to feel like I was balancing a stick and I didn’t know which way it would fall.” 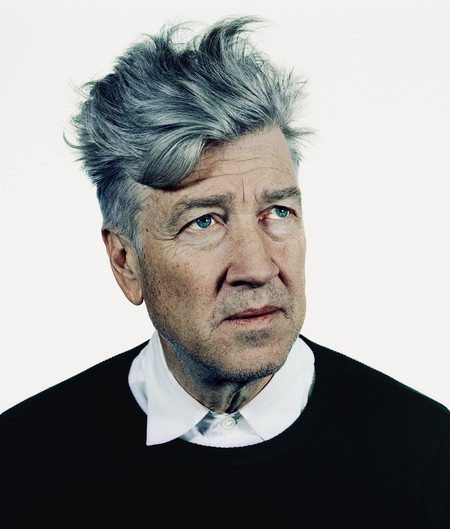 Kander has the ability to capture the true essence of his sitters. Wistful, hopeful, contemplative, unsure, uncomfortable – he seizes their inner self in the moment he releases the camera shutter. But how does he achieve this? “Well, I don’t read a Wikipedia page,” he says. “I think that how you’ve lived is quite apparent on your face. By looking at a person I come up with an instinct of how I would want to depict them. Not so much in how they need to act but how I might light them. Ninety percent of the portraits I take, I light. I don’t usually use natural light; I add atmosphere.” 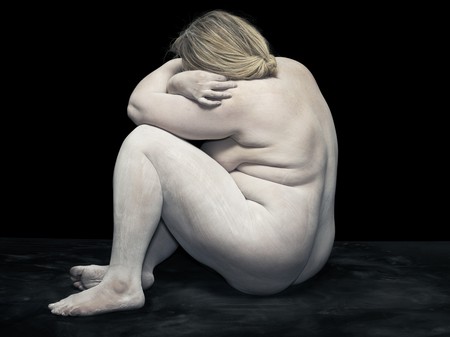 The Sony World Photography Awards exhibition will lay bare his ability to use photography to tell a story, to transport you to a glimpsed moment and unearth the character in everything. It also speaks volumes on the importance of photography in our contemporary society. “Photography has now (with social media) become a language,” says Kander. “I think art that utilises a camera is important. Art is so important especially in this time when we are slaves to graphs, performance, competition, anxiety – all these things that make up the usual workplace. I think it’s incredibly important to have chaos and to challenge questions asked of you.” 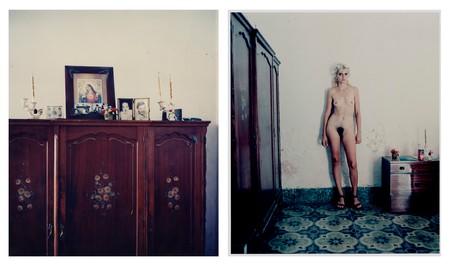 Culture Trip has an exclusive 20 percent discount on exhibition tickets to offer readers for the SWPA exhibition at Somerset House (18 April to 6 May 2019). Just use code CULTURE19 when you book tickets here.