"My Last Big Journey Through America": Gary Younge on His Latest Book 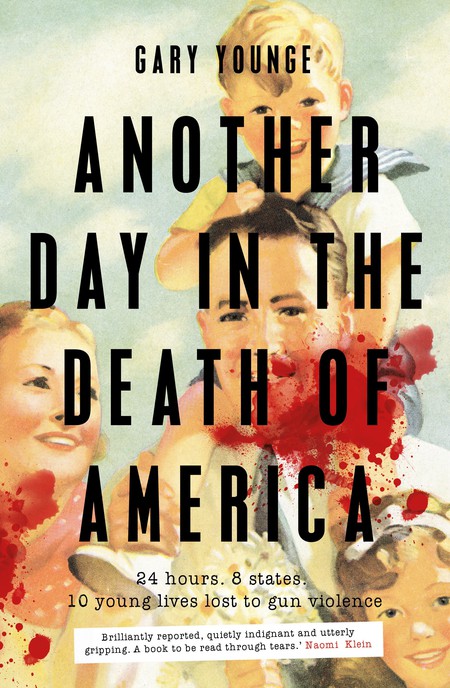 Present at the London Book Fair to discuss Another Day in the Death of America, Gary Younge revealed that the book had been optioned for a feature film, with David Oyelowo apparently in the run-in to play him. Just how a movie could be made from a work chronicling the lives and deaths of ten young Americans we’re not sure, but there have definitely been worse ideas.

Published late last year to great acclaim, the book follows the Guardian and Nation journalist around the U.S. as he tracks down, and gives account of, the families of 10 young Americans all shot dead within 24 hours of each other.

Invited by English PEN to have a conversation with Steven Gale, a tweeded Gary Younge began by shedding some light on the most obvious question: why did he set the book on a specific date—November 23, 2013? “The premise of the book is that every day in America seven children and teens are shot dead, on average. And so I picked a day, and then my desire was to find out who they were. The day was really the first day I could do…”

This choice was uniquely influential on the book’s structure, since the work more or less chronicles the events as they unfold. But it is in its subject matter that the decision mattered most: Younge understandably didn’t want to pick and choose murders to write on, and the deaths on that day were, as expected, not entirely average. “If I’d wanted more death, I would’ve waited until the summer—that’s when more children die, when the sun is shining and they’re out of the house… Really, the tension in the book is that if you pick a different day, you get a different book. In a macabre sense, I might have waited for a toddler shooting (there’s two of those a week).” 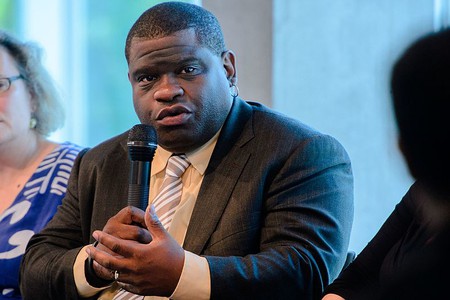 With regards to his focus on children and teenagers, Younge revealed that that had happened first and foremost out of necessity—“I think it’s something like 80 Americans are shot dead every day? That would not work as a book.” Yet he admits that children have a particular appeal on the imagination, one he continually comes back to, and tries to fight against in his writing:

“By the time someone is an adult, one can argue that they’ve written their own script, made their own decisions. But there’s something particular about children that we collectively understand as a society. We are responsible for the well-being and upbringing of children. And so the youngest to die that day was nine, and nobody is going to argue ‘well that nine-year-old knew what he was doing, he had it coming’ or whatever… there is an understanding that there is collective responsibility for children.”

And it is a feeling—that somehow they deserved it less than other people shot dead—that he repeatedly warns himself, and the reader, against:

“I was trying to be careful there. What I don’t want to convey is that children are the fluffy ones, and they are the ones that we should care about. There is this sense, particularly with African American kids… you see it in the headline: ‘He was an A student,’ you know, as if that makes the shooting worst. So if it’s a B or a C+, they think maybe there was something else going on… The date is a couple years after the shooting in Newtown, which did energize America’s imagination. And when I asked people why, they said it was because it wasn’t on the South Side of Chicago, it was in Connecticut, they were children, they were innocents, they were angels. And therefore that’s what it would take to get the nation’s conscience pricked.”

“But, you know, by the time most people get to 18 or 19, they’ve done something that could count them out of being an innocent. And if you happen to be growing up in a poor and black, or poor and Latino, area, then almost by definition, just because of where you were shot, people will say: ‘well that was gang-related.’ But that’s like saying this event [the London Book Fair] is ‘book-related,’ if you’re in a certain area in America, then everything is gang-related because that’s how the country doesn’t work.”

Gary Younge’s presence is itself pervasive throughout the book. Not just because the work features his reporting (and as a diligent journalist he ensures the reader will always have an idea of how he came to his findings), but rather because the issues, and stories, he had to confront were often very relatable:

“For twelve years I reported from America, and for the last 8 I was a parent. And that does change your relationship to a place. What was first anthropological, I became invested in, so that when you hear people say certain things it ceases to be interesting and actually starts being ‘well actually you’re talking about my kid, or my wife.’ As time went on, the distance narrowed between me and the subject. What I tried to do in the the book is own that. So where I felt my experience as a Brit, as black person, as a parent, intruding, I would own it, declare it and kind of exploit it.”

“But this was a journey for me too. When I started it I said to the publisher: ‘How do we stop this becoming a tale of unrelenting woe?’ And she said ‘well, it just depends on the story.’ What you get out of these stories and what you bring into them. And what it ended up being, as I traveled from Houston to the South Side of Chicago to rural Michigan, was actually my last big journey through America…”