The Most Moving WWII Memorials To Visit Around the World 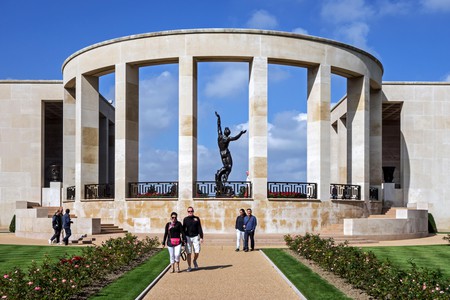 War memorials exist around the world and remind us of the devastating impact conflicts can have on ordinary people. The primary purpose of these markers is to honour the dead and to allow the living to pay their respects, but some memorials also incorporate clever design elements to enhance the experience.

From static stone structures in the middle of busy city thoroughfares to dedicated landmarks that utilise surrounding natural environments, here are seven WWII memorials from around the world to learn more about.

Originally built to commemorate the soldiers who lost their lives in the Great War (which is now referred to as WWI), the Cenotaph was a temporary structure made of wood and plaster that was turned into a Portland stone construction in 1920. The design has been praised by critics and even recreated in other countries, with versions of the Cenotaph currently standing in Australia, Canada, New Zealand and Hong Kong. When victory in Europe was declared on 8 May 1945, signalling the end of WWII, the outpouring of relief and joy was focused along the Whitehall area of London. This is where the Cenotaph still stands, and today it is designated as the memorial site for all military personnel who have died while serving the United Kingdom. 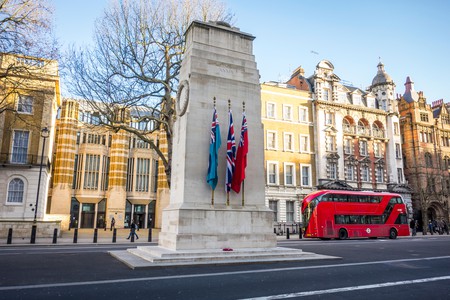 The Virginia War Memorial is a glass and stone structure that was completed in 1956 to honour Virginians who died in WWII. The glass is etched with the names of the soldiers who fell in battle and has since been modified to include the names of military casualties from the state who have died in later conflicts. There is a large education centre also located on the site.

This huge memorial is breathtaking in its sheer scale, and it’s meant to have that effect. You might have seen the cemetery in the opening and closing scenes of Saving Private Ryan (1998) as it was built to mark the American soldiers who died on D-Day during the Normandy landings in June 1944. The site of the memorial overlooks the infamous Omaha Beach and also honours other American soldiers who died on the continent during the conflict. 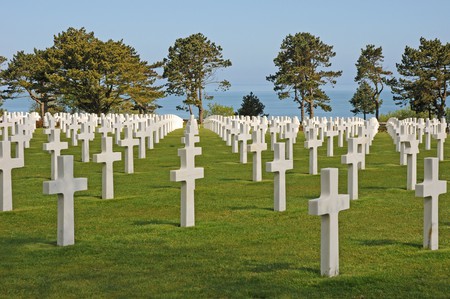 This is a collection of sites that commemorate the soldiers who lost their lives fighting for America on the Pacific front in WWII. The main focus is the memorial to the devastating Pearl Harbor attack on 7 December 1941, in which a surprise Japanese assault on American battleships stationed in the area triggered the involvement of the nation in the war. There are elements of this monument in Alaska and California, but it’s the floating memorial immediately above the sunken USS Arizona that really captures the impact of Pearl Harbor on the American psyche.

An indirect result of the Pearl Harbor attack, and the devastating culmination of the Pacific theatre of World War II, was the atomic bomb drop on Hiroshima. The Japanese city was the first to suffer a nuclear attack, with the psychological and physical scars of the event still evident today. The Memorial Park remembers those who died directly and indirectly from the attacks, with the aftermath proving to be almost as deadly as the immediate impact. A building close to the point where the Hiroshima bomb landed still stands, and has been designated as the Atomic Bomb Dome. The city of Nagasaki also suffered a nuclear attack on the same day as Hiroshima, and has a museum to mark the event. 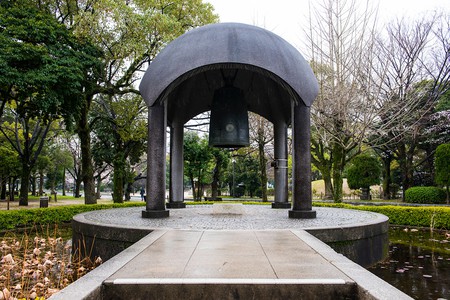 This memorial is based on one of the most iconic images to be captured during WWII. Six marines were pictured raising the American flag on the island of Iwo Jima in the Pacific as the Allied assault on Japan escalated. The island was never an important strategic target, but it was a psychological one, and the sight of the American flag over the captured land was one that boosted morale for the US. The bronze statue built to remember this moment was erected in 1954 and has the soldiers holding aloft a real flag that is permanently flying at full mast.

Memorial to the Murdered Jews of Europe – Berlin, Germany

Also known as the Holocaust Memorial, this outdoor collection of 2,711 concrete slabs in the German capital was built to honour the millions of Jews who were murdered by the Nazis during WWII. Designer Peter Eisenman has said that the grid structure of the slabs (also referred to as stelae) is meant to produce an uneasy, confusing atmosphere with visitors noting that the area also looks like a cemetery. Abstract interpretation is part of the experience when visiting the monument, which is situated where a section of the Berlin Wall once stood. 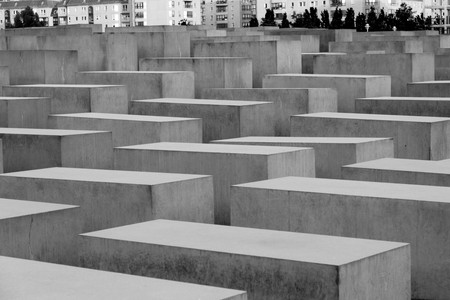