Movies That Teach Us How To Deal With Isolation

It might feel like you’ve exhausted your tolerance for watching films at home, especially as the film industry goes into full lockdown and with nothing new in the works. There are, however, some valuable lessons we can learn from these film classics, such as dealing with isolation.

“Concrete”, as Ivan Locke (Tom Hardy) repeatedly proclaims in a lilting Welsh accent, appears to be the most important commodity in the world in this fantastic single-location thriller. The “action” is set entirely in a car as Hardy plays a construction foreman who finds himself on a dash across the country to witness the birth of his child following a regrettable one-night stand several months earlier.

The drive Locke forces himself to undertake is from Birmingham to London, one that usually takes 90 minutes (on a good day), so this movie ends up being a real-time adventure full of one-sided phone calls and project management. Locke teaches us that it’s OK to work out your problems by angrily screaming down the phone and focussing on the things that matter, namely, concrete. 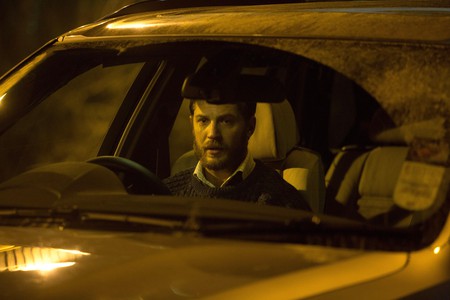 Ryan Reynolds has had a fascinating career, but one of his most challenging roles saw him buried alive in a wooden box for 90 minutes. With only a phone for company, Reynolds finds time running out as quickly as his oxygen. It’s a great reminder of how good the actor can be in more serious roles and also that explosions and car chases are not the only things that make for a thrilling cinematic experience. The nightmarish scenario at the core of the film is terrifying but also shows how to make basic tools go a very long way – oh, and also the value of portable phone chargers.

This John Carpenter body-horror classic features a group of American scientists coping with an alien infection in Antarctica. Ironically, the continent is one of the only places on Earth that’s managed to avoid Covid-19. Carpenter’s film shows a group of disparate characters forced to go into lockdown themselves to fend off an invader that uses humans as hosts. There’s a real sense of claustrophobic terror throughout, although perhaps we can take a few tips on how NOT to attempt virus-angering blood tests from this movie.

Macaulay Culkin found himself in an enforced period of isolation by socially distancing himself from his own family in this Christmas favourite. To be fair to young Kevin McCallister, the real blame lies with his parents who manage to get on a flight and take off for Europe before they even realise they’ve left their son behind. The crime-fighting antics Culkin takes part in might not come in handy in everyday situations, but we can at least make sure we don’t waste our food supplies. Ordering in that much pizza isn’t going to be a solution for most of us. Classic movies are cool, though. 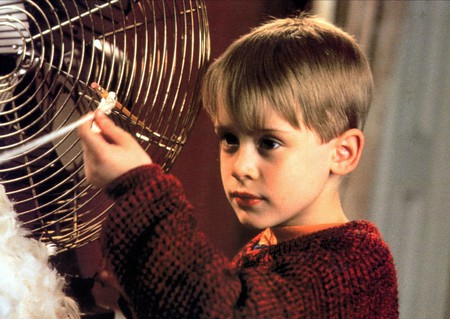 Considered by many to be the greatest action film of all time, Die Hard is ultimately the story of one man’s attempt to remain hidden from a deadly threat while being trapped in a high-rise building. Bruce Willis turns in a fantastic performance as John McClane, a cop who is in the wrong place at the wrong time. You do wonder if it’s just bad luck though, given that McClane seems to find himself in this unfortunate position several more times throughout his career. If we can apply anything from this movie to our current lockdown situation, it’s to get dressed in the morning as if we are going to work. No one wants to be caught wearing a white vest on a conference call. 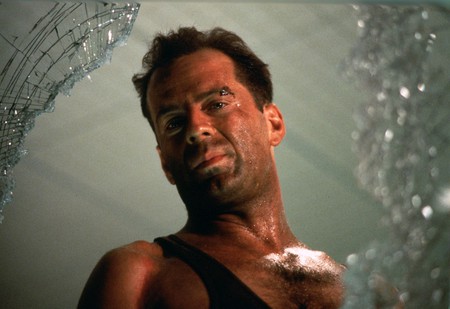 Spanish horror REC was remade in Hollywood as Quarantine (2008), but the original is the version you should really watch. The residents of a tower block start falling ill with alarming symptoms. The entire building is later sealed shut by authorities eager to contain the outbreak, which seems to have started in one of the rooms inside. The film has spawned several sequels, but the first instalment conveyed a sense of paranoia and fear that is evident in some of the media coverage surrounding the coronavirus pandemic.

James Franco starred in this survival drama based on a real-life incident that saw a canyoning explorer trapped on his own when his arm gets stuck behind a boulder. Adventure travel isn’t for everyone, but there’s a lot to be said for the joys of the great outdoors. Your daily exercise routine, at this time, is probably best done by having a sensible walk instead. We can save the extreme stuff for later. 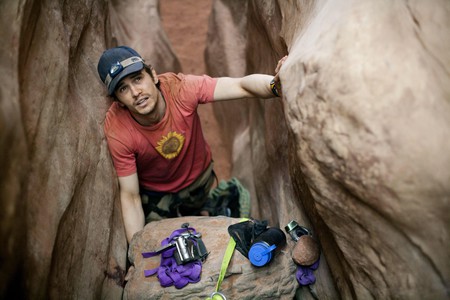 The epic “last man on Earth” scenario got a big-budget update in 2007 with Will Smith wandering around a post-apocalyptic New York with only his pet dog for company. Trying his best to avoid vampiric cannibals who have mutated from the survivors of a man-made virus, Smith develops a series of strategies to stay alive. It’s a shame, though, the update didn’t go for a more inclusive “last PERSON on Earth” tagline.

When Tom Hanks revealed he had contracted Covid-19 while filming in Australia, the world began to realise the gravitas of the situation we were all in. Hanks once starred in a movie about a man stranded on a desert island, but we learned far more from his real-life experience. Worryingly, the Oscar-winner seems to have developed a liking for Vegemite… they do say the loss of taste is a potential side effect of the coronavirus.

There are plenty of movies set in space that deal with isolation. It’s one of the staples of the genre and also a harsh reality of real-life space travel. Sandra Bullock was stranded orbiting Earth after a terrifying accident ruined her spacewalk in Gravity (2013) (we assume that was her allocated daily exercise allowance), and Moon (2009) saw extreme loneliness depicted in a startling way.

Ridley Scott’s The Martian probably does the best job of showing us how to cope with limited resources if we’re ever stranded on our own. Always remember, you can grow potatoes by using your own “waste” as fertiliser. Lovely.

We end on a cheery note. Loveable garbage disposal unit WALL-E is left behind when all humans evacuate the planet due to pollution. With nothing else left to occupy him, WALL-E goes about diligently completing his daily tasks and finds solace in watching some classic movies in his spare time. This moment is a good chance to catch up on those box sets you never got round to seeing or even filling in those blanks in your film knowledge. 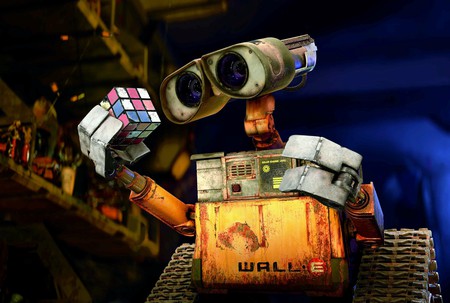