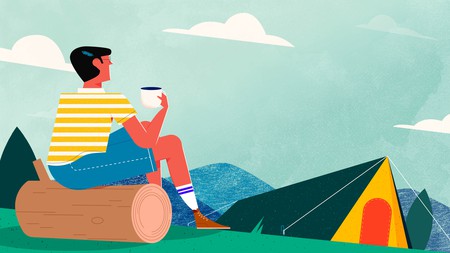 From Victorian pastime to Carry On… clichés, camping occupies a special place in the British psyche. Whether you’re a camper, glamper or even a survivalist, grab your tent – as Culture Trip ventures off into the unknown to discover the pleasures of the wild.

Ah, the joys of the great outdoors. Hitting the open road, choosing your plot and making nature your home for a few nights under the stars. Emerging from a polyester cocoon at sunrise to the sights and sounds of unspoilt greenery. Yes, there’s nothing quite like camping to stir up romantic notions of getting away from it all and getting back to nature.

Whether they consist of showers under waterfalls and fireside stories, or being savaged by midges next to a Scottish loch and chased by an angry farmer at dawn, the experiences of camping live long in the memory.

It’s popular, too. Stats show that in 2015, more than 15m camping trips were made annually in the UK. With staycations and socially distant sojourns on the rise – and the prospect of overseas travel a distant dream – this number will surely increase further, and camping may well become our go-to getaway. 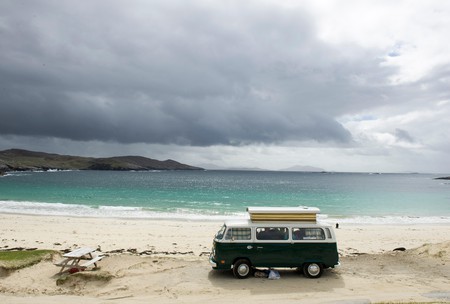 The idea of camping as we know it today is attributed to Thomas Hiram Holding, a tailor from London, whose love of the great outdoors was sparked in 1858, when he and his parents joined a wagon train to journey across the United States with the idea of emigrating. When that didn’t work out they returned home, and Holding, an avid cyclist, developed a lightweight tent that could be carried on a bike.

A camping trip by bicycle across Ireland with his son inspired his first book, Cycle and Camp in Connemarra, in 1898, which became a how-to guide for anyone looking for similar adventures. In 1901, Holding founded the Association of Cycle Campers, which would become the Camping Club of Great Britain; his Camper’s Handbook was published in 1908.

Camping took off as a leisure pursuit post World War I. Initially, it was adopted by Robert Baden-Powell’s Scout movement, but soon it became a popular way to take a cheap holiday. Families piled tents and coolboxes into tightly packed car boots and hit the road in the hope of relaxation. There are now more than 12,000 registered campsites across the UK, and camping’s value to the British economy is measured at £1.29bn. 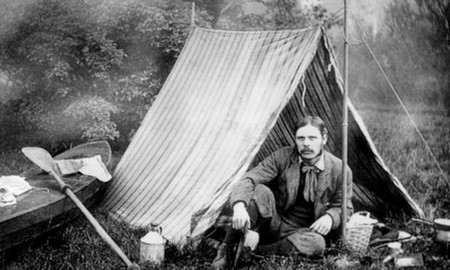 From muddy field to silver screen

Many of the preconceptions around camping can be seen on screen. By 1969, camping had become so ingrained in the nation’s psyche that one of the now legendary Carry On… films was dedicated to it. An ode to the Great British getaway, complete with grumpy farmers, run-down toilet blocks and muddy fields, the film informed many of the clichés now associated with camping. Group aerobics sessions would never be the same again. A film that’s certainly of its time, Carry on Camping was the biggest earner at the UK box office in its year of release. Whether that’s down to the nation’s love of camping, or the “bawdy” humour the series was renowned for, we’ll never know.

Hollywood has made its own paeans to the noble camping trip. In the most 1980s of film premises, The Great Outdoors (1988) sees Dan Ackroyd and family crash John Candy’s camping holiday. Naturally, hilarity ensues, complete with all the old camping favourites: bears, thunderstorms and sexual tension.

Camping isn’t just a subject for comedy and farce. More recently, the king of quirk Wes Anderson centred his coming-of-age drama Moonrise Kingdom (2012) around a group of young campers. If that doesn’t put you off camping for life, found-footage classic Blair Witch Project probably will. A sensation on its release in 1999, it saw three teen documentary makers take their camera into the woods in search of a local legend. Spoiler: it does not go well. 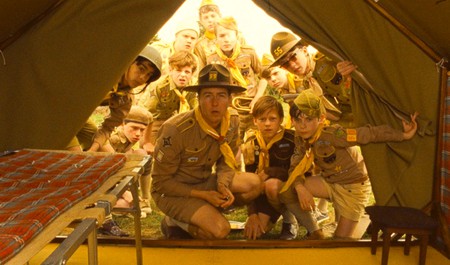 While survival may have eluded The Blair Witch’s snot-dripping protagonist, it’s the name of the game for a form of camping that has become increasingly popular: survivalism. We’re talking minimal equipment, bare bones, Bear Grylls stuff. Just taking a bag and working with what nature throws at you, at the whims of the elements. It’s not everyone’s cup of tea (or flask of urine), but if you’re so inclined, there are plenty of places to go for specialist training and guidance. Or just grab a bug bar and binge-watch Naked and Afraid.

From those keen to test their mettle to those who can’t live without a soft pillow. glamping has become a popular way of getting back to nature while enjoying home comforts, warmth and all the other things not traditionally associated with a weekend in the wild. Tents have become yurts, the annoyed grunt of the farmer replaced by a champagne reception, and a moth-eaten sleeping bag transformed into a four-poster airbed. It’s cheating, frankly.

The Instagram factor has also aided in the popularity of camping. Beautifully lit shots of tousle-haired models stretching outside a tent, often on some sort of remote cliff edge, has given rise to wannabe celebs packing their bags and heading into the wild in search of an angle as impossible as their cheekbones. It’s also given rise to the superb You Didn’t Sleep There Instagram page, calling out these airbrushed faux-adventurers. 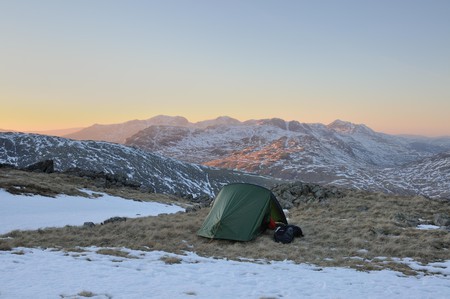 Wild camping in winter on Wetherlam in the Lake District, with Scafell Pike, Crinkle Crags and Bowfell in the background | | © Stewart Smith / Alamy Stock Photo

Between the historic sandals, socks and snoring clichés to the post-modern picturesque panoramas, it’s easy to be dismissive of camping. But the simple joys of a camping trip lend themselves perfectly to 21st-century life, and the issues that the world is currently faced with.

Compared to international jet-setting, camping is a sustainable activity, keeping your carbon footprint low. You don’t need much – just a backpack and a tent, and you’re set for a few days. Many campsites are easily accessible by public transport, or you could take a tip from Thomas Hiram Holding and hop on your bike. It encourages the use of local independent produce, and provides a genuine sense of freedom and escape from city life. It’s life-affirming stuff, and you’ve never felt quite so alive as after a dawn shower under a freezing Welsh waterfall.

As we enter an era where the logistics of global travel are becoming increasingly difficult, camping can be a great way to stay safe and enjoy the beauty that’s only a stone’s throw away. There’s no better time to consider the importance of mental health, wellbeing, sustainable behaviour and our relationship with the environment. Camping is a way to gain a new perspective and make a positive step in all those directions. 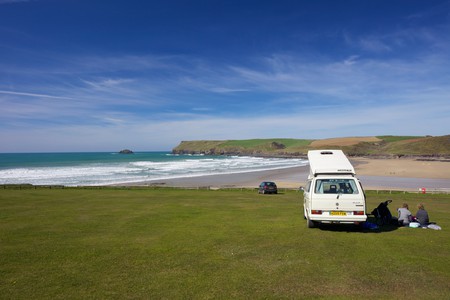