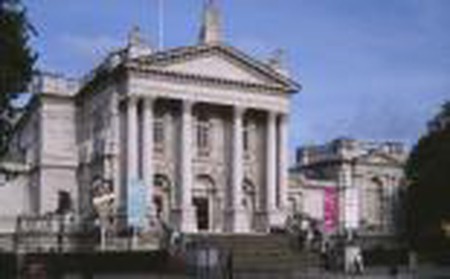 With the opening of the chronological rehang of London’s Tate Britain, the completion of renovations at Amsterdam’s Rijksmuseum and the emergence of new provincial museums such as France’s Louvre-Lens, it seems that modern curation is changing the way we look at the history of art. Kitty Hudson explores this notion, investigating two museum titans who have recently transformed both their displays and architecture, the Tate Britain and the Rijksmuseum. 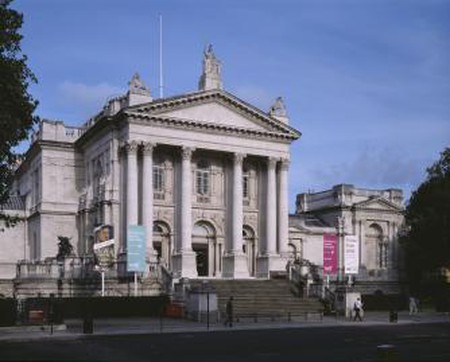 On its opening in May 2013, the chronological rehang at Tate Britain was lauded by the press as ‘triumphant’. The Tate itself describes ‘A Walk Through British Art’ from the 1500s to the present as allowing ‘a more neutral view of the range of art being produced at any one historical moment to emerge’. Richard Dorment in the Telegraph writes of ‘a bold and far-reaching transformation’ in which the permanent galleries have been ‘rethought and re-modelled in a way that at last allows us to see the richness and variety of a national collection that in recent years has been lost to view’. 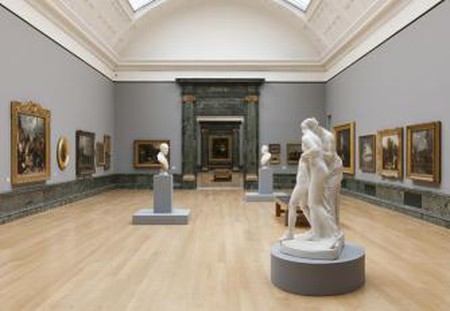 Yet despite the widespread praise, some critics have questioned the chronological approach, which could be seen as a throwback to traditional (and perhaps outdated) policies. Certainly, the thematic hang at the Tate Modern seemed comparatively radical when it opened back in 2000. However, though it works to hide the gaping holes in the historical narrative, it is also hopelessly confusing for any visitor desiring to grasp this narrative. Tate Britain has countered this approach with a rigid chronology, while also addressing the pitfalls by mixing up masterpieces with some interesting oddities from its vaults. Michael Glover, writing in the Independent, clarifies this distinction between the traditional chronological hang and the new Tate reinterpretation. ‘Loose chronology’ is defined as the customary grouping of paintings into historical eras or ‘isms’, dictating how we decipher art history and promoting canonical works, thus leading to dullness and predictability; this stands in contrast to the new ‘tight chronology’ that the curators of Tate Britain have instituted. In short, they have ‘deftly inserted’ some of the lesser-known and more unusual works in the collection into the well-known visual history of British art. It is, paradoxically, the strict adherence to chronology that disrupts the conventional narrative; an artist’s oeuvre is now split up, each work provoking a very different interpretation amongst the diverse production contemporary with it. As Glover concludes, the rehang ‘is all about art’s unpredictable ebb and flow, not art’s stasis’.

In Richard Dorment’s opinion it is a ‘gloriously, satisfyingly, reactionary’ move, demonstrating ‘chaos theory at work in the visual arts’; ‘this is art history as it used to be taught before it was hijacked by academic theorists’, an inspiring chaos as opposed to the neat but dull ordering of art into discrete movements or styles. There is more ambivalence over the display of the modern era; in Dorment’s scathing words the Tate’s acquisitions here illustrate the increasingly derivative nature of British art, culminating in the conceptualism of the 1970s. 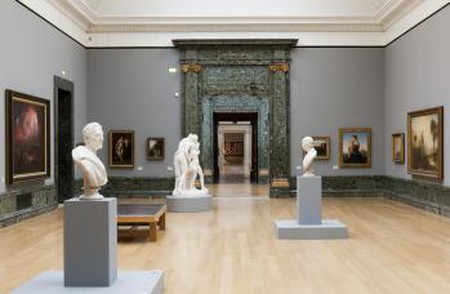 The galleries on the left side of the building end abruptly in 1910; on the right hand suite we begin with the 1930s, and the tone has changed entirely. After rooms full of regularly shaped paintings Michael Glover notes that suddenly ‘sculptures shoot up totemically. Paintings posture in unusual sizes… works cluster on the walls in whispering groups. Paintings are hung at different heights on the wall. The rhythms are more excitable’. This is all a positive response to a changing artistic culture, however, the vast space given over to some second-rate artists is wholly disproportionate. In an age of installations, performance and experiential art, more serious consideration must be taken with regard to their display; would it not be better to have a hundred more small canvases and objects than a whole gallery given over to one work of postmodern vainglory?

It is also worth mentioning practical alterations such as the refreshing brevity of the picture labels which allow the works of art to speak for themselves. This may be frustrating and confusing for some, but ultimately the policy encourages simply looking – and after all there is a lot to see. The architectural renovations have also made a significant improvement; the opening up of skylights has filled the galleries with natural light, while the floors have been strengthened allowing for more large-scale sculpture to be displayed (as in the room devoted to Henry Moore). 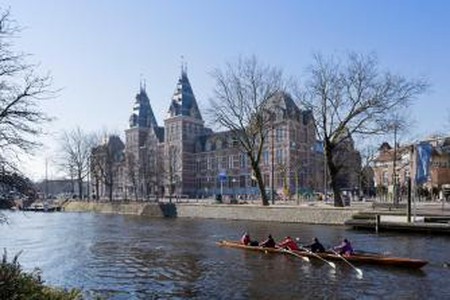 An even more complete transformation has been accomplished at Amsterdam’s the Rijksmuseum. After ten years of work and 375m Euros (£320m) the museum finally reopened on 13th April, having been delayed by flooding, asbestos and a cycle access dispute. The original 1885 neo-gothic edifice, specifically built to house a fast-growing collection (royal at its core), has been restored and expanded, with new basement galleries installed, uniting the museum’s two courtyards. 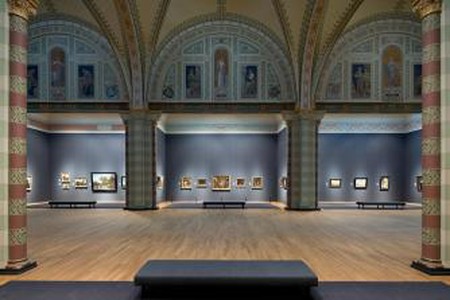 Here, too, chronology – or the lack of it – is a central issue. For whatever reason, the sequence of floors are not organised in a chronological progression – a layout reminiscent of the new Ashmolean Museum, in which arbitrarily positioned lifts and stairs made it a complicated procedure to find the 20th century displays tucked in an upper corner. However it makes sense at the Rijksmuseum to place the Gallery of Honour, containing the most famous paintings in the collection, at the heart of the building. Art from China, Indonesia, Japan, India, Thailand and Vietnam, is exhibited entirely separately in the Asia Pavilion, accessed by a passage from one corner of the entrance foyer. Nevertheless, context if not continuity is respected, with paintings displayed alongside furniture, sculpture and crafts of the same period; the success of this approach is only marred, in Nick Trend’s opinion, by the removal of the most famous paintings to the Gallery of Honour, when they depict so vividly ‘the interiors evoked in the adjacent galleries.’ Despite general praise for its intelligent presentation and ‘digestibility’, the Rijksmuseum is still only displaying 10% of its holdings at any one time; one critic regretted the lack of a room devoted to flower paintings – a genre specifically associated with Dutch art. 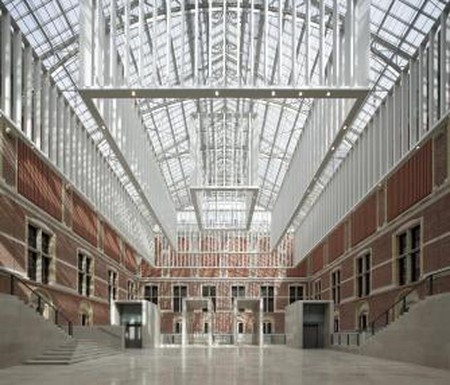 In architectural terms, elegant public spaces have been created within the museum, and 19th century frescos previously hidden beneath layers of whitewash have been carefully restored. Entire rooms previously closed to the public, such as the library, are now open to explore, so even for one familiar with the museum’s masterpieces, these new discoveries alone seem worth a visit.

The Rijksmuseum follows a series of reopenings in Amsterdam – at the Van Gogh Museum in May 2013, the refurbished Stedelijk Museum in September 2012, and the De Appel Arts Centre at its new location the previous May. And there will be many more transformations to follow in Britain. In 2014, the major redevelopment at the Imperial War Museum will be complete in time for the centenary of the First World War, while down in St. Ives the Tate’s sister gallery is planning an extension to allow for a new flexible exhibition space, freeing up the existing galleries for a permanent display of British modernism from the Tate collection. So it seems that we are undergoing a period of cultural reconsideration. Partly practical renovations in response to visitor numbers, partly timed to coincide with commemorative events or urban renewal projects, there yet seems more than mere coincidence in this Europe-wide effort to re-present our heritage in a fresh and modern fashion.