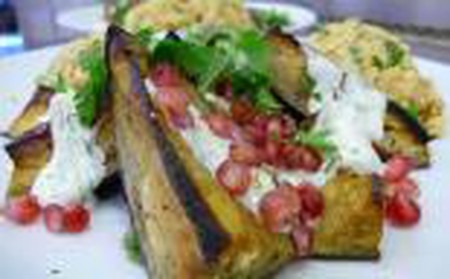 Taking a chance to pursue a lifelong passion for food, Israeli-born chef Yotam Ottolenghi has quietly amassed a food empire, transforming London’s gastronomic landscape in the process. Here we find out more about the man and his work. 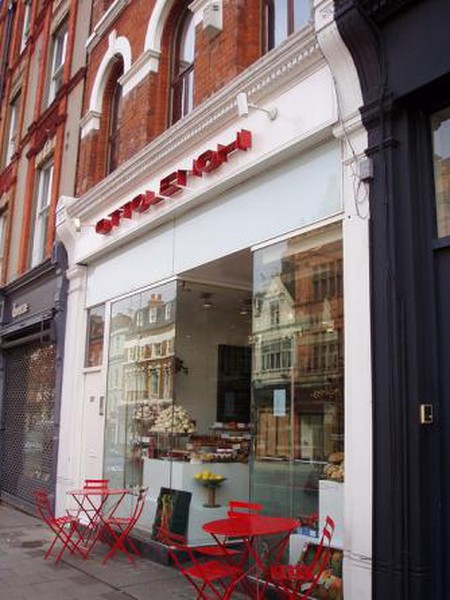 Today, the name Ottolenghi is synonymous with London’s fashionable dining scene, where quality food is served in sleek and minimalist surroundings. Indeed, this London-based chef has made a name for himself, having opened restaurants, together with his business partner Sami Tamimi, in chic locations such as Soho, Islington, Belgravia, Notting Hill and Spitalfields. Since the opening of his first restaurant in 2002, he now has two restaurants and three deli cafes, two published cookbooks and is a weekly contributor to The Guardian. His food empire has earned him a loyal following, shifting from the realm of cult popularity to the domain of mainstream popularity.

However, Ottolenghi’s rise to master chef was hardly straightforward. With a Master’s degree in philosophy and literature, Ottolenghi was enjoying a successful career as a copy editor at Ha’aretz in Jerusalem and contemplating pursuing a PhD before he made the life-changing decision to ‘try out’ a culinary career. He promptly enrolled himself at Le Cordon Bleu in London. Fate would have it that Ottolenghi would eventually find himself working at Baker & Spice, where he met Sami Tamimi, a fellow Israeli-born chef with a growing reputation for adventurous Middle Eastern-inspired fare. The two immediately bonded over their shared cooking ethos and Middle Eastern roots and, before long, Ottolenghi was born.

For all the fuss that the food press have made about him, simplicity is at the heart of Ottolenghi’s craft. Ottolenghi’s menu does not necessarily aim to re-invent food as we know it; rather, it is his cooking ethos and commitment to fresh produce that speaks volumes. Ottolenghi has a strict policy of no preservatives and colourings, with as much of ingredients prepared in-store as possible. Most of the food is sourced locally, which means that the menu changes according to seasonal produce. 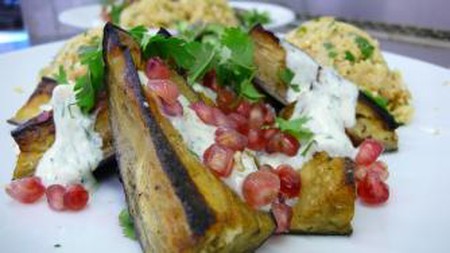 The menu is Middle Eastern inspired, a homage to the food of his and his business partner’s homeland. Ottolenghi likes to describe his food as dramatic, with ‘noisy’ flavours like lemon, pomegranate, garlic and chilli, creating exciting combinations that are unafraid to challenge the English palate which has a reputation of being somewhat unadventurous.

His recipes also prominently feature vegetables. This love of greens is reflected in his successful vegetarian cookbook Plenty. Ottolenghi himself is not in fact a vegetarian, though he firmly believes that there is an arbitrary dichotomy of ‘vegetarian dishes’ versus ‘meat dishes’ and features vegetables in his dishes not to make any particular point, but simply because they are delicious and reflect his Middle Eastern roots.

Visually, his food is unabashedly beautiful. Walk by any one of his gorgeous window displays and you will come face to face with richly-coloured mountains of cakes, pastries, and of course his giant meringues, which have become one of his signature concoctions.

With two successful cookbooks already published, and his newest restaurant having opened in 2012, the Ottolenghi food empire is set to grow even bigger. Ottolenghi’s arrival to the culinary world may have been a great loss to the world of journalism, but London‘s food scene is shamelessly gleeful of its gain.