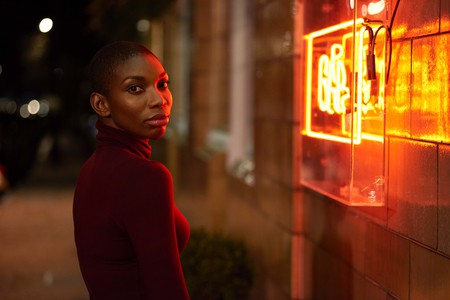 Michaela Coel sings in the musical 'Been So Long' | © Netflix

Michaela Coel is fast becoming one of Britain’s most sought-after actors, having rocketed to fame in 2015 as the star and creator of comedy Chewing Gum. Following the release of Netflix musical Been So Long, in which she plays a single mother in love with an ex-convict, Coel speaks about the film’s truthful portrayal of London and why she identifies as ‘aromantic’.

Michaela Coel’s rise to fame has been unparalleled. Since bursting onto the scene in 2015, playing Tracey Gordon on E4’s hit show Chewing Gum, Coel has landed roles in TV series Black Mirror and Black Earth Rising, as well as a small part in Star Wars: The Last Jedi. Coel’s latest role in Netflix musical Been So Long sees her falling for an ex-con against the backdrop of a vibrant and multicultural London.

The London of ‘Been So Long’ isn’t Richard Curtis’s

Growing up in Tower Hamlets with her sister and mum, a mental-health liaison officer, Coel is connected with Been So Long’s portrayal of London. Directed by Tinge Krishnan, the film is the antithesis of the city you see in Richard Curtis movies: it’s bursting with diversity, just as the streets of the capital are in real life. Screenwriter Ché Walker is a Londoner, born and bred, so his vision of Camden – where Been So Long is set – feels real and honest.

Touted as the black La La Land, it’s also a musical for adults. There are raunchy songs, spanning a palette of soul and disco, about shagging and orgasms.

“Ché’s working class to the bone,” says Coel. “He did his London. Chewing Gum is my London. I can identify very much with his London. It’s very varied like mine. It’s not just a black thing or a white thing. It’s mixed with different religions, creeds, races and sexualities.” 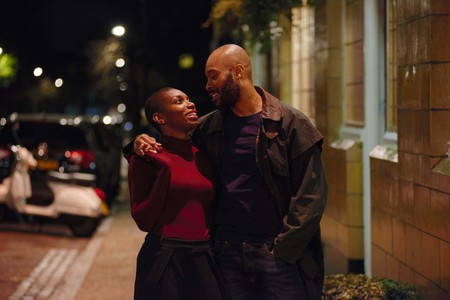 Chewing Gum, Coel’s comedy for E4, made her a star, but she hasn’t forgotten the people who helped her along the way when she was starting out as a poet and singer. In fact, she agreed to do the film as a favour to Walker, an old friend, who adapted his own play for the film, even though she was worried about singing on camera after struggling with voice issues since 2014.

“What initially attracted me to the film was the opportunity to give something back to Ché,” says Coel. “I’ve known him for 10 years now. He saw me do a poem and said, ‘You should be an actor.’ He would let me come and see this play for free. He took me to his masterclasses where he would teach every Saturday.”

Simone, Coel’s character in Been So Long, is a single mother still reeling from old wounds. She’s got a mouthy, sex-mad best friend (Ronke Adekoluejo) but she deliberately isolates herself and her disabled daughter from the world. When she meets ex-con Raymond (Arinzé Kene) on his first night out of prison, she’s forced to confront the way she’s kept herself cocooned.

“This facade she’s built is very necessary,” says Coel. “She’s not had the greatest of histories but she’s able to overcome that and take it down so love can come in, because that is what she wants. Love is a basic, fundamental need. It’s nurture, food and shelter.”

When it comes to romance, though, Coel’s sceptical, but not because she’s had her heart broken. She brings up the concept of aromanticism, which pertains to someone who doesn’t experience romantic feelings and is content with platonic relationships. Flowers, chocolates, diamonds? Nope. She’s not into that.

She looked up the term after listening to soul singer Moses Sumney’s album of the same name. “I googled aromanticism and I very much felt like, ‘Oh, that’s me.’ Which means if you tell me to dress up nicely because we’re going to go to a dinner with candles, it’s not going to mean a lot to me. It’s a waste of money and I have ingredients at home. Things like weddings and the expense of these things – I would rather settle for the rest of my life with a person.

“I am OK being by myself. I like having intimate relationships but I don’t want to change people or want to be changed by anyone. Diamond rings don’t make me happy. Flowers don’t make me smile. I can’t smell them. I don’t have a sense of smell. I want to know who you are.” 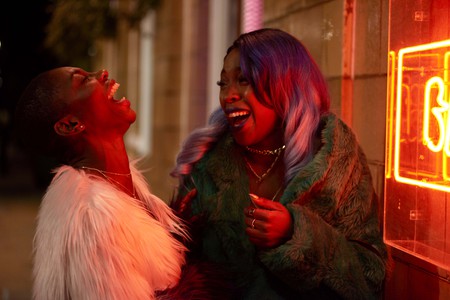 ‘Everybody feels a bit abandoned in London’

The film also deals with absent fathers and the echoes of hurt and disappointment they leave behind. Simone’s dad is out of the picture. It’s just her and her mother. Her daughter’s father (Game of Thrones star Joe Dempsie) isn’t around either until he suddenly reappears on the scene. Coel’s Ghanaian parents broke up before she was born and her father lives in Ghana.

“That very much creeps into London stories,” says Coel. “I don’t necessarily think that it’s dads not being there for their children. It’s feeling like you’re half abandoned. We use the figure of an absent father to communicate that. London is a place where everybody does feel a bit abandoned and you’re left to fend for yourself.”

Everyone in the film is walking wounded. Been So Long deals with the hurts we keep just beneath the surface that threaten to spring up at any moment. It’s an endearing romance powered by the chemistry between Coel and Kene along with the former’s considerable charm and talent. Plus, there’s no doubt in her mind that the film has a worthy message about love that everyone needs to hear.

“You have to be prepared to be hurt in order to experience love,” says Coel. “All through the film, Simone doesn’t cry in front of anyone. She makes sure that whenever she cries, she turns her face. She doesn’t want people to see her vulnerability, but it’s hard to love and it’s hard to be loved unless you show who you are.”

Been So Long is going on a Q&A event tour around the UK via Birds’ Eye View’s Reclaim The Frame, which aims to bring larger audiences to films by women. It kicks off during Black History Month with a special preview on 22 October followed by a Q&A with Michaela Coel and the filmmakers, and is on tour until mid-November. The film premieres on Netflix on 26 October.