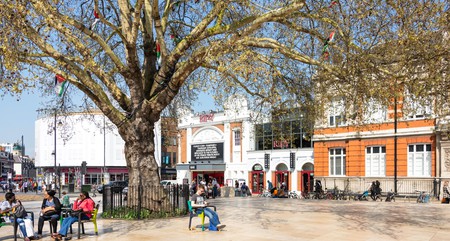 Set in Brixton at the turn of the millenium, Michael Donkor’s debut novel Hold captures the frenetic energy of London south of the river. A story of migration, sexuality and identity, Donkor speaks about becoming a writer, being provocative, and how writing the book gave him a fresh perspective on his hometown.

The Ritzy Cinema and Cafe in Brixton is one of Michael Donkor’s spots. “It’s a Brixton landmark,” he says during our lunchtime meeting. It’s a Thursday, and whereas Donkor would ordinarily be pouring over synecdoche in Macbeth with his year 11s, he’s on half-term and has switched modes, from teacher to writer. Hold, his debut novel, has recently been longlisted for this year’s Dylan Thomas prize. He is still processing the reality of his achievement. “It’s quite a thing to be up against Sally Rooney.”

Set in the adjoining South London neighbourhoods of Clapham, Brixton and Herne Hill, Hold centres on two teenage girls from different worlds. Belinda is an eager-to-please housemaid living in Ghana with her surrogate sister Mary, while Amma is a British-Ghanaian girl in London, tired of following rules and beginning to explore her sexuality. When Belinda is summoned to London by Amma’s parents, the housemaid’s task is not to bring order to their household, but their daughter’s turbulent teenage life. 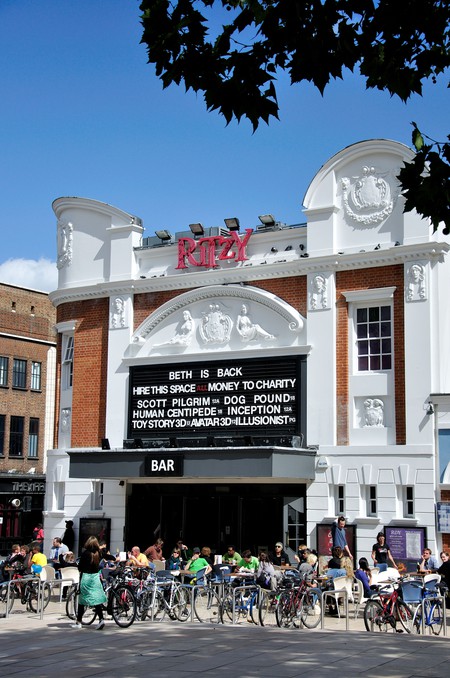 “The inspiration for the novel came from my experiences going on holiday to Ghana as a child,” says Donkor. “There’d be domestic workers there who were exactly the same age as me. I was very explicitly told these domestic workers were not to be befriended.” In subverting the role of the housemaid – from staff to friend – Donkor wants to open up conversations around social norms, and is unapologetically provocative.

“I wanted, as my first novel, to write something that made Ghanaians and British-Ghanaians ask some quite difficult questions,” says Donkor. “Questions of homosexuality within the Ghanaian community, questions about domestic labour, and questions about patriarchy and gender are big things for Ghanaians to get their heads around.” It is these questions that are predominantly explored through Amma and the strained relationship with her pushy parents. “I wanted her to come across as a fairly ordinary teenager,” says Donkor.

If Amma’s story is about teenage struggle, Belinda’s is about migration. Her first impression is one of bewilderment, captured by Donkor’s matter-of-fact prose. “There’s a tendency – when you’re writing that sense of alienation – to overly colour stuff,” says Donkor. “But if you convey the sheer amount of stuff that someone new to an environment is having to process, you get a much clearer sense of them being burdened by these different things.”

For Donkor, a Londoner, this meant observing his city from a more impartial, ethnographic perspective. To understand Belinda, he had to become an outsider. “I really liked doing that. It gave me a chance to walk around Brixton and spend time looking at how bizarre and brilliant a place it is,” says Donkor. “As much as those scenes are a record of how overwhelmed Belinda is, they’re also a testament to the brilliance of this bit of London. Particularly at a time when it was just on the crest of gentrification. So it’s a bit of a love story to a Brixton of old.” 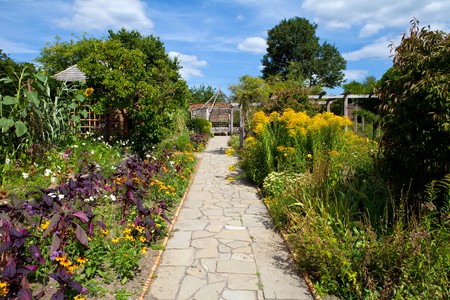 The influx of coffee shops, craft beer bars and the hipster overhaul of the market have changed Brixton’s landscape, but one mainstay of the neighbourhood, Brockwell Park, features heavily in the novel. “I love that it still feels to me like quite an inclusive space in contrast to lots of other bits of Brixton now,” says Donkor.

That inclusivity translates into a shared experience for Belinda and Amma that bridges their cultural differences. “Both Belinda and Amma feel restricted and limited by different social factors. Whereas the park is a sort of symbol of freedom and openness. It’s somewhere they can make their own,” says Donkor.

The other mainstay, is the unpredictable frenzy of Brixton Road. “Every time I get off the tube, I have to take a breath and brace myself,” says Donkor. “I just wanted to capture some of that. Brixton has this real sense of anything can happen.”

Growing up in London, Donkor’s first foray into writing began at primary school, something he attributes to his family’s passion for stories. “I come from quite a storytelling family,” says Donkor. “There was a lot of ‘you’ll never guess what happened to me today’, around the dinner table and that fed into my desire to be a novelist.”

His rise from dinner table to Dylan Thomas Prize was further fuelled by picking up Chimamanda Ngozi Adichie’s work. “When I was about 19 or 20 I read Adichie,” says Donkor. “And I suddenly thought there’s someone who’s exploring the bits of Africa, that I have an understanding of but haven’t really seen reflected in the novels that I’ve been reading. She made things possible for me.” 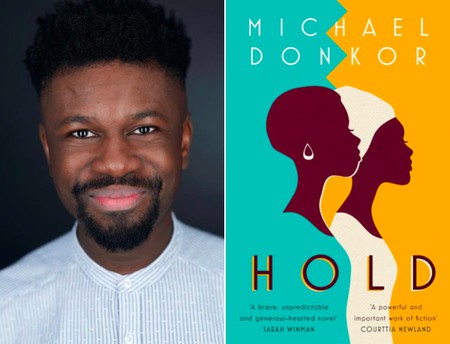 Michael Donkor is the author of Hold which has been longlisted for the Swansea University International Dylan Thomas Prize, the book is out now in hardback and published in paperback 2nd May 2019. | Courtesy of Midas PR

Moving back to Brixton after university, Donkor began working in publishing before enrolling in a creative writing course at London’s Royal Holloway. Following another brief stint in publishing, Donkor retrained as an English teacher, a job he still holds today that allows him to live and breathe literature, and importantly, write during the holidays. He describes his journey as “wiggly”, but it’s this bank of experience that allows him to inhabit other worlds and perspectives, as is the case in Hold.

“The three main girls in different ways are reflections of me,” says Donkor. He relates to Belinda’s desire to be seen to do the right thing, Amma’s identity struggles and Mary’s naughtiness. That said, he wants to tackle his own experiences “as a black man operating in a predominantly white middle class environment” more concretely in his next book. South London, no doubt, will once again rear its head, in all its brilliance and bizarreness. “It holds a very special place in my heart,” says Donkor.