Meet London's Willy Wonkas: Inside The Topsy-Turvy Universe of Bompas and Parr 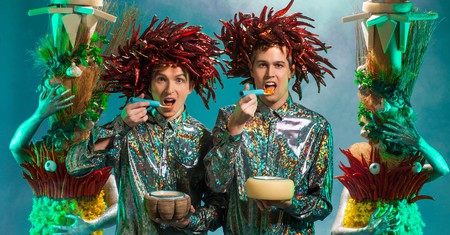 Eccentric food duo Sam Bompas and Harry Parr have been thrilling Londoners with their edible oddities for over ten years. The pair’s latest scheme involves piracy, mixology and a shopping centre.

These sound like the kind of ideas you might have while you’re daydreaming hungrily at the office on a Tuesday afternoon. But thanks to the imaginations of culinary duo Sam Bompas and Harry Parr, they’re real-life experiences. Their latest venture is flooding the basement of a West London shopping centre to install a theme park-style boat ride, complete with real pirates and an indoor tropical rain shower. 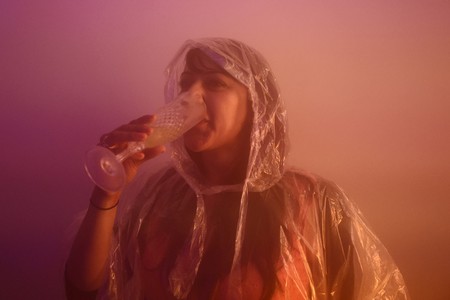 Mandatory Credit: Photo by Facundo Arrizabalaga/EPA/REX/Shutterstock (7937018e) Customers Wearing Protective Ponchos Drink Cocktails at the Bompas and Parr's 'Alcoholic Architecture' Bar in London Britain 04 August 2015 Party-goers to the Gothic Bar in Walk Into a Breathable Cocktail Cloud Composed of Spirits at a Ratio of 1:3 the Bar Features a Walk-in Cloud of Breathable Fine Spirits Made Using Powerful Humidifiers to Super-saturate the Air- Alcohol That Enters the Bloodstream Through Primarily the Lungs But Also the Eyeballs United Kingdom London Britain Nightlife Architecture Bar - Aug 2015 | © Facundo Arrizabalaga/EPA/REX/Shutterstock

These self-trained culinary geniuses have been adding the sprinkles to the cake that is life since 2007. ‘We’ve known each other for the greater part of our lives,’ says Sam Bompas. ‘We first met in the school orchestra, where I played the violin and Harry played the cello – although we weren’t very good and mainly just tried to make our bows go in the right direction.’ When they left Eton, Bompas headed to UCL to read geography and Parr went to train in architecture at the Glasgow School of Art, then to the Bartlett in London. Near the end of their degrees they decided to team up to do something fun for the summer and hoped to open a jelly stand at Borough Market to capitalise on a true love of the wobbly stuff. They didn’t secure the Borough gig, but instead ended up at an event for Innocent Smoothies making jelly. They got some press out of it and things grew from there.

Aside from a personal fascination with jelly (Bompas enthuses at length about it, sharing his ‘utter delight’ with the substance and cautioning against ‘jelly finger’, which apparently develops when you make too much of it), the pair seem to have a knack for putting their fingers on the pulse of food trends and innovations which are just around the corner, and end up becoming the zeitgeist. 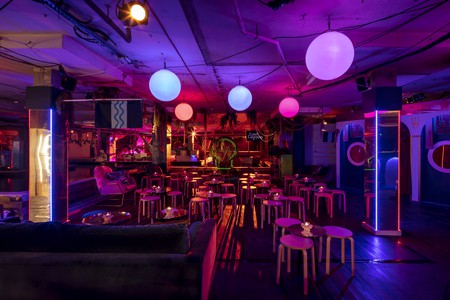 “We’re always developing new concepts, often in response to cultural events and artifacts and art shows or what’s happening in politics,” Bompas says. “We work with our test kitchen to conceptualise the ideas, and we also often find inspiration in our library. We have a lot of old diet books that can give us brainwaves – What Jesus Ate is a favourite. It’s where all those ideas collide that something interesting happens.”

Sometimes the idea comes first, sometimes it starts with a commission. What’s most important is that they are personally interested in what they’re doing. “We create stuff that we’d want to go to,” says Bompas. “If I wouldn’t want to go, I don’t do it. Our friends engage with us more if a concept has resonance, so that becomes a filter for what’s good.” 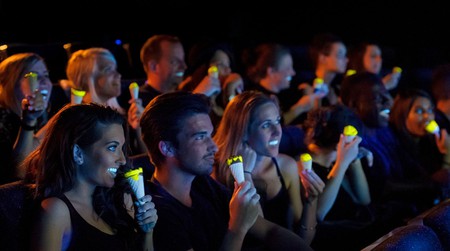 They credit the advancement of tech and social media in their ever-widening net of ideas. “I don’t think we’d be doing what we did now if it wasn’t for social media. It’s radically changed food and drink. All our contemporaries used to think that we should get real jobs, because why would anyone want to go and work in food and drink? But it’s become very aspirational, and social media is a real driver of that as food forms a part of your identity.

“That’s what I love about my job,” he continues. “When you do something right, it becomes part of someone else’s story – you’re giving people their own adventure. That spirit of generosity and bountiful food and drink has to be there or it just doesn’t work.” 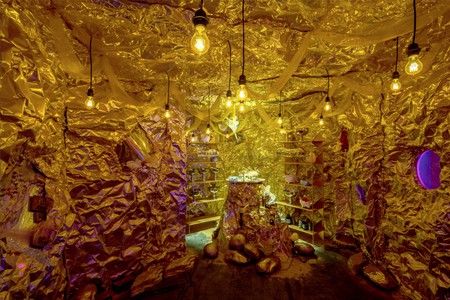 Bompas and Parr’s latest bountiful experience could involve visitors finding some actual bounty in the form of buried treasure – if they play their cards right. A pirate-themed subterranean boat ride held in the transformed basement of a shopping mall, it’s typical of their genre-bending adventures. “It’s the culmination of a lot of disciplines colliding – cocktails, immersive theatre and boating just to count a few.”

The pair never sit on their laurels, as they know what they’re up against. “When we create our experiences we always think about all the amazing things the people who come to them could be doing instead, from playing football with friends to talking about mermaids. What we do has to be a total sensory onslaught that you’d never be able to experience elsewhere. However nerve wracking that is to accomplish, it’s always worth it – despite that fact that Harry’s hair once went grey from stress over the course of a month.” 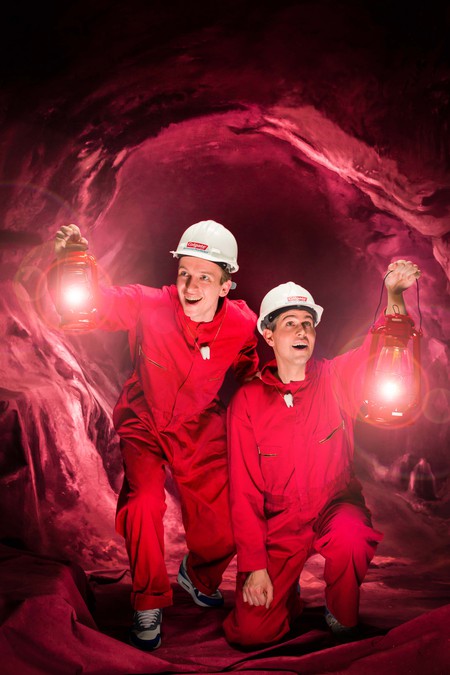 MUST CREDIT: Colgate Sensitive Pro-Relief/Rex. Only for use in story about Colgate. Editorial Use Only. No stock, books, advertising or merchandising without photographer's permission Mandatory Credit: Photo by Colgate Sensitive Pro-Relief/REX/Shutterstock (3786763a) British architectural foodsmiths Bompas & Parr (Sam Bompas and Harry Parr) in a giant mouth The world's most sensitising ice cream, Britain - Jun 2014 FULL COPY: http://www.rexfeatures.com/nanolink/oy3h TOOTH OR DARE Contemporary British architectural foodsmiths Bompas & Parr have created their most daring dessert yet; the world's most sensitising ice cream. Tasked with creating the ultimate challenge for Colgate Sensitive Pro-Relief, the culinary explorers created a tooth tingling ice cream invention to put Colgate's protective powers against tooth sensitivity to the test. Almost half of the UK population (47 per cent) suffer from tooth sensitivity*. Bompas & Parr's flavoursome invention has packed in some of the most common triggers for sensitive teeth including punchy peppermint, cooling erythritol, raspberry chilli ripple and a szechuan button - a yellow flower bud that delivers the ultimate tingling sensation, which all combined, put the toothpaste to its sternest test yet. | © Colgate Sensitive Pro-Relief/REX/Shutterstock
Give us feedback