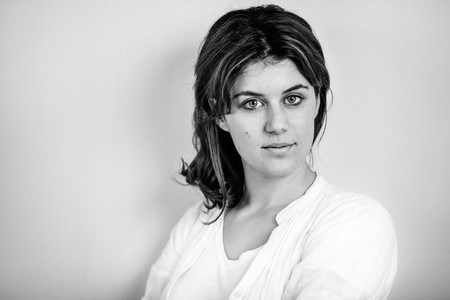 ‘The double whammy of being young and female can make it difficult to get people take you seriously,’ says London-based venture capitalist (VC) Katie Marrache.

But the businesswoman, who at age 29 was named partner at London-based VC firm JamJar Investments, has mastered the art of demanding respect.

‘If you’re capable of getting the job done, nothing should hold you back,’ says Marrache, who got started in the world of venture capital after meeting entrepreneur and Dragons’ Den investor James Caan at an Oxford Business School event.

‘When I was a student at Oxford, [Caan] gave a talk on entrepreneurship. I went up to him afterwards and asked for an internship,’ says Marrache. ‘I was lucky enough to get one, and a job at the end of it.’

Later, she joined London-based Innocent drinks as a category manager, and began looking after the investment portfolio of the Innocent founders. When they launched JamJar Investments, a VC fund investing in consumer tech and offline brands, Marrache followed, working her way up from investment manager to partner in May 2017.

Throughout her career in the male-dominated startup world, Marrache says she learned to leverage her differences as advantages. ‘In my experience, being a woman has helped my career. Women control the household purse and spending, so it’s valuable to have a woman’s perspective when looking after consumer goods. In business, it’s always valuable to have diverse perspectives.’

Being the youngest person in the room, she says, was a hurdle she learned to navigate through a combination of confidence and commitment. ‘There’s always going to be someone more experienced than you, or who knows more than you. You just have to go for it anyway. I always tried to make up for [my age] with my pace of learning.’

She’s also learned to develop a thick skin. If someone is tough on you or underestimates your abilities, ‘ask yourself if the person who’s made you feel bad is laying awake at night thinking about you?,’ says Marrache. ‘Probably not. Don’t take criticism too personally. Don’t let it hold you back.’

Inspired by this story? Read about the women’s collectives transforming London’s entrepreneurship scene, or check out Indiegogo co-founder Danae Ringelmann’s letter of advice for female founders.