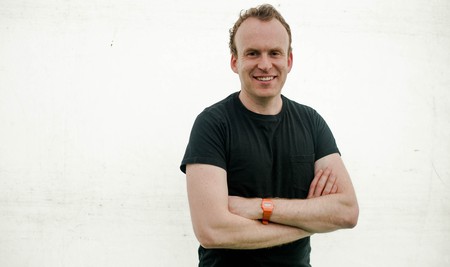 As a writer who’s experienced the depths of depression, Matt Haig is a leading authority on issues relating to mental health. Following the release of his new book, Notes on a Nervous Planet, Haig speaks about his experience, the impact of technology on our health and how sharing stories is a vital step on the road to recovery.

When author Matt Haig fell into a deep depression, it was 1999. Mental health issues were still poorly understood phenomena, relegated to the fringes of socially acceptable conversation. The internet lacked the thousands of blogs, websites and support networks relating to mental health that exist today. ‘Anxiety memes’ were yet to populate Instagram’s search feed. “My overriding memory was of just feeling so alone and isolated,” says Haig. “I felt completely stuck inside a horrible moment that wasn’t gonna change.”

Today, Matt Haig is leading the public conversation around mental health issues. Though a novelist by trade, his two best-selling nonfiction books, Reasons to Stay Alive and Notes on a Nervous Planet, have elevated him to Britain’s unofficial mental health ambassador, a status he might reject but that his large Twitter following will authenticate. Comprising lists, short anecdotes and personal revelations, his nonfiction exists in the gap between memoir and self-help, avoiding the laboured and impersonal step-by-step guides that seem to promise everything and deliver nothing. At their heart, Haig’s books are about sharing stories. And for Haig, telling and hearing stories is essential work in treating conditions such as anxiety and depression.

“I think the subconscious reason I wrote Reasons to Stay Alive and Notes on a Nervous Planet was to feel less alone,” says Haig. “The best way to hear stories is by putting out your own. There’s a massively contagious component to it.” Haig’s assertion rings true considering the eruption of mental health discussions taking place at home, on social media, in schools and in government. In 2017, Prime Minister Theresa May committed to spending £11.6 billion on mental health care, with a proportion specifically dedicated to treating children and young people. These pledges have been triggered not just by sharp rises in certain statistics but by a realisation that conditions such as anxiety and depression are becoming increasingly everyday human experiences. “Everyone’s at that point now where we’re feeling the need to share something,” says Haig.

While some blame this phenomenon on rising political instability, others dismiss the surge as the result of Generation Snowflake’s propensity for ‘navel-gazing’. For Haig, it’s largely due to technological change. “Almost every aspect of our life is changing, has changed, to some degree in the last 10 or 20 years due to technology,” says Haig. “From how we work, how sedentary our lifestyle is, how we sleep, how we live, how we meet people, the amount of time we spend on digital conversations rather than face-to-face conversations. We’re in a massive period of change and transformation and it definitely is having some consequences.” 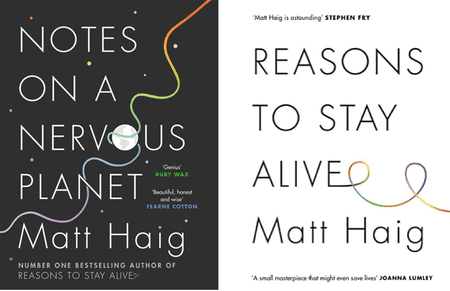 For a lot of mental health issues, technology appears to be both cause and cure. On the one hand it demands our attention in a way that can be detrimental, while on the other, it provides a space to share stories and seek support. For Haig, technology is also playing an intriguing role in shifting traditional gender roles. “Men are struggling with their identity generally, and I think technology’s part of that,” says Haig. “One of the reasons is, technology is changing the traditional male role in terms of the work we do – no one’s a farmer or a miner anymore, no one’s doing a physical thing. I feel men are in a crisis where they’re all shouting at each other trying to work it out.”

While mental health issues are generally indiscriminate, men seem particularly vulnerable. It has been widely reported that suicide is the single biggest killer of men under the age of 45, a shocking statistic given how rarely the topic is publicly discussed. A 2016 survey carried out by the Mental Health Foundation discovered that men were less likely than women both to seek out professional support for mental health issues and to disclose their conditions to friends and family. Haig’s decision to share his own experience breaks that trend, and his example encourages others to do the same. His style is not superior and condescending – he willingly acknowledges he doesn’t have all the answers. He is publicly vulnerable, a chief factor in why his books have won such critical and personal attention. “That’s what I aim to do in non-fiction books, be imperfect and wear that imperfection,” he says.

Nearly two decades on since Haig’s depression, his public identity has shifted dramatically. But his 235,000 followers on Twitter and widespread respect seem to have done little to shake his humility. “I still fundamentally see myself as a novelist who writes the odd nonfiction book rather than the other way round,” says Haig. Equally, he is cognisant of his platform and the seriousness of the task ahead. “I’m sure there will be one more mental health book in me. I feel people who are lucky enough to be able to talk – without much real-world consequence – have a duty to do so.”