Lynette Yiadom-Boakye: Portraits Without a Subject

Lynette Yiadom-Boakye paints people, yet whether these paintings are portraits is another matter entirely. Her body of work is notable for its ambiguity and its rigorous refusal to pin down specific characteristics or traits that might anchor the image to an individual. Thus, while representational, her works are never attempts to represent a personality. 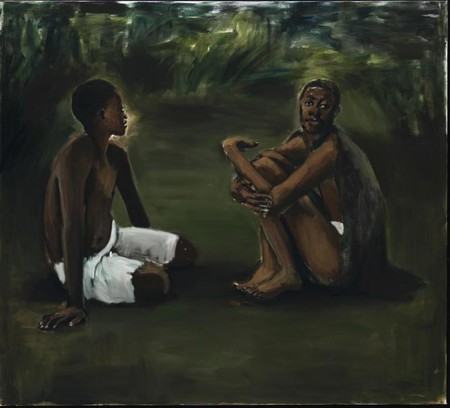 ‘Lightness for me goes with precision and determination, not with vagueness and the haphazard.’ – Italo Calvino, Six Memos for the New Millenium

A portrait is defined as a representation of a specific person or persons. Lynette Yiadom-Boakye, the London-based artist of Ghanaian descent, is often described as a portrait artist, yet in an interview conducted to accompany her recent exhibition at the Chisenhale Gallery, the artist spoke about the fact that she never has someone sit for her, stating:

I have had people sit for me. I had one man sit for me for many hours but I couldn’t get anything because he was there. Why try and immortalise him? I couldn’t get him on to a page or canvas without it becoming all about that specific person. I want to think about painting, not the personality of the man sitting with me.

The people in her paintings are instead taken entirely from the artist’s imagination, pulled, as Yiadom-Boakye says, from ‘out of the air somehow’. Their clothing does not tie them to a particular era, the setting is largely undefined: often, even gender remains unclear. To say the subjects are anonymous would perhaps suggest that they have an identity that is obfuscated, when in fact these people never existed; they are instead an exploration of the fictions that can be created through the medium of paint. They may contain figures, but they are determinedly not Figurative. 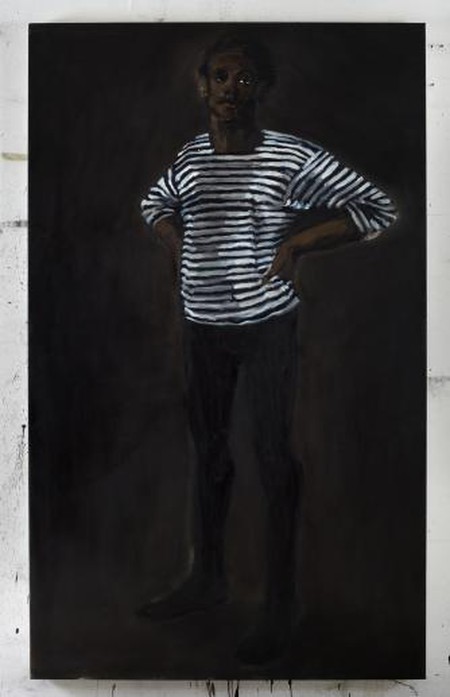 One of the most celebrated portrait artists of the twentieth century, Lucian Freud, was known for spending months with his subjects, labouring over the canvas whilst observing their characteristics and tics as they sat for him. Each painting, whilst not being photographically accurate, became an astute and perspicacious observation of their unique character. It is interesting that Freud’s devotion to capturing the individual produced paintings thick with impasto layers that were continuously worked over. In contrast to this, Yiadom-Boakye’s blunt refusal to depict a personality sees an entirely different approach to brushwork, with paintings notable for their lightness of touch. Using fluid gestures and quick brushstrokes, her confident mark-making depicts characters with such effervescence that they often feel ready to disappear off the canvas. Her swift execution ensures that the paintings do not feel like the visual manifestation of a relationship the painter has built up over time with the sitter: coming entirely from the artist’s mind, their vague qualities mirror the indefinite qualities of a mental image that is wholly invented.

Whilst the painter does not portray exclusively black subjects in her work, it is a feature of the majority of her output. The Black Subject in painting is inevitably a contentious issue, thus, how her work sits within the trajectory of Western Art History inevitably becomes a point of discussion. To say there is a complete absence of representation in the history of Western Art would be slightly inaccurate. Nonetheless, painters rarely seemed interested in capturing the personality of the Black Subject, so that they became emblematic paradigms of the ‘Exotic’, interchangeable with one another. 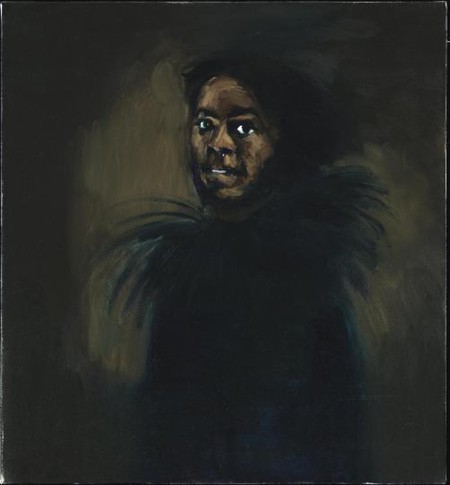 As such, it is interesting to look at how Yiadom-Boakye’s practice can be read in relation to this fact. When the artist is written about, there is often the suggestion that she is attempting to redress this balance by filling in the blanks of Western Art. Yet if this were entirely the case, then surely the painter would wish to align her images with a specific person, to honour the Black Subject, instead of remaining wilfully ambiguous. Her paintings do not perpetuate the ‘Exotic’, emblematic characters of the Western canon. Their own vagueness reads more an investigation of the capabilities of paint, the desire, perhaps, to create an image that can sit outside of the specifics of time and place whilst still remaining representational. It is not that Yiadom-Boakye is disinterested in this line of debate surrounding her work, but it is not her foremost concern, and perhaps it is a sad reflection of the state in which western painting remains that this is often seen as the foremost issue. As the artist herself says, ‘Black isn’t other for me, it would be odd if the people in the paintings were white. It’s not about the fact that they’re all black.’

Lynette Yiadom-Boakye has exhibited widely throughout Europe and the USA. Recent solo exhibitions were at Corvi-Mora, London, and the Chisenhale Gallery, for which she has been nominated for the 2013 Turner Prize.
By Rebecca Jagoe