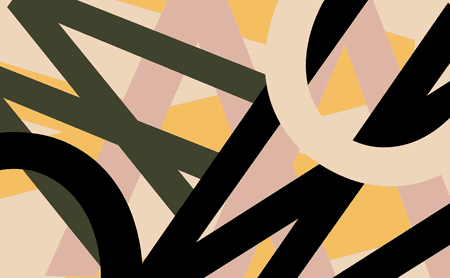 In the next of our London trend love letters, Fashion Editor India Doyle investigates how a tote bag became an emblem of authentic fashion.

On a balmy Wednesday night in north London, my flatmate arrived home delighted. He told me that he had secured the bargain of the century: Twelve issues of the New Yorker magazine for $12. The offer included a free tote bag, and his glow was warmer than in the aftermath of a green juice. As such, I offered obligatory praise, noting the successful targeting tactics of social media and how he really was an engaged millennial after all. I watched the evening sun set over a row of perfectly unwatered cacti and fell asleep to Netflix countdown. If a model of contentment were to be found in this great metropolis, it was I.

And so it remained until one day, a week or so later, when a package arrived in the post. It was the New Yorker, and with the first issue came the free tote bag. My flatmate opened it smugly. Made from thick canvas and printed with the vintage New Yorker logo, my first analysis – as a Fashion Editor – was that the material was substantial, and practical. This was a bag actually made to last, not one of those plastic supermarket swindles. Aside from that it looked pretty normal. I thought no more about it and retired to water my kale.

But as it turned out, this nonchalant and somewhat dismissive approach to the New Yorker tote bag turned out to be completely wrong. If you live in London, you’ll have noticed this understated item has become the arm candy of city dwellers throughout this grey city.

What is it about this humble canvas bag that has captured the minds and solicited the hearts of Londoners?

First, it’s worth noting that shopper bags are in style. Only recently Demna Gvasalia walked £1,700 versions of the Ikea shopper down the catwalk for Balenciaga. And Issey Miyake set a new agenda some years ago with the deconstructed Bilbao bag, another regular on the arms of boujis Londoners. There’s something about the understated nature of the silhouette, which shuns ‘IT’ status in favour of a more recession friendly, trans seasonal approach that has earned it legions of fans. Such functional, evergreen design has also been seen in the resurgence of the bumbag. However, unlike a shopper bag, they can’t hold your laptop, your gym wear or your gold Margiela cowboy boots.

And what of The New Yorker as a brand of choice? For starters, 2017 is the year of logos. Thanks to Gucci and Vetements, there has been a resurgence in associative corporate messaging. While in the early 2010s it was cooler to assume a faux modesty and channel swathes of black, grey and navy, this year it’s about wearing your brand on your sleeve. In an era of Trump, the New Yorker has worked hard to establish itself as a bastion of liberalism, and perhaps it’s unsurprising that those who aren’t seduced by the status of fashion houses have chosen to sartorially align with a more explicitly intellectual brand.

The rebellion against fake news and fake fashion begins?

Indeed, this embrace of the tote poses the question of whether this what the next stage of millennial activism looks like: a move beyond the Facebook like, to a more physical and mainstream statement. It’s certainly more authentic, and there’s no danger of audiences accusing you of sporting a counterfeit bag – or approach to media.

Perhaps, or perhaps it’s simply that the people of London are embracing a more sustainable approach to fashion accessories. Regardless, if you’re looking to fit into the style of the city this summer then this tote bag is the only thing you need.