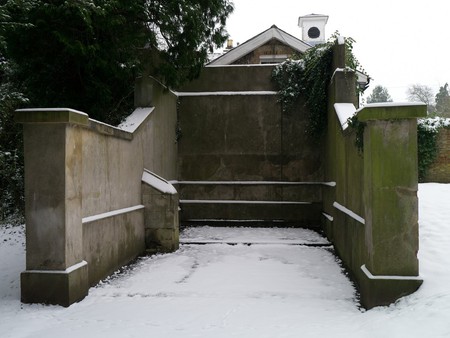 London has a rich sporting tradition. It has been the birthplace for different sports, and while some have grown to global events, there are others that either died completely or are played by a select few. Even some of London’s incredible venues have played host to historic sports.

While the matter is up for debate, officially the oldest rugby club in the world sits in the centre of London. Guy’s Hospital Rugby Club was founded in 1843 and is accepted by both the Rugby Football Union and the Guinness Book of Records as being the first official rugby club. Since then, the team has merged with Kings and St Thomas’ hospitals and play in the Kent 2nd Division, but their history remains. As does, however, a dispute about who the oldest actually is.

While Blackheath may not initially capture the imagination like Lord’s, Twickenham or Wimbledon, this sedate part of south-east London has quite the sporting pedigree. Today it’s the starting point of the annual and iconic London Marathon, but a matter of metres away is a rugby club that lays a somewhat disputed claim as the oldest in existence. Formed in 1858, Blackheath RFC still play games today and their rivalry with Richmond is over 150 years old. It’s not just rugby that started out here, either…

When James VI of Scotland headed south to take up the throne in England, he brought golf with him. While the sport was new to the English, it had been played north of Hadrian’s Wall for approximately 150 years. As King James I of England, he took up residency at the Royal Palace in Greenwich, where shortly after, the Royal Blackheath Golf Club officially came to fruition in 1608, making it the oldest golf club in the world.

Skittles, which has existed in some form or another for thousands of years, can still be played in a number of locations in London, with the Hampstead Lawn Billiard and Skittle Club at the Freemasons Arms a particular highlight, tucked away in the pub’s cellar. And while most forms of skittles or related games such as bowling or bowls use a ball, traditional, Greater London version of skittles requires competitors to use a wheel of cheese, of course.

Although there a few different variants of the game Fives, there are two main types: Rugby Fives and Eton Fives, both developed at the respective public schools. The origins of the game are in racquet sports, but players use their hands. The way the game is played is similar to squash (rackets aside), but the court resembles the side of a church, with steps, hazards, a ‘buttress’ and a’pepper pot’ all added into the mix.

The use of buttresses goes back to the origins of the game, when it was developed on the side of the Eton College chapel in the 18th and 19th century. All the different angles, levels and sides leads to plenty of opportunities to stitch an opponent up. Unsurprisingly, those wanting to try the game out in London need to head to public schools; places such as Westminster School, Mill Hill School and Emanuel School have courts where you can play this historic sport.

If you’re a politician then it’s possible to visit London’s oldest sporting structure. One wall of Whitehall Palace backs onto Downing street, and in 1534, the building was part of Europe’s biggest sporting complex. In the mid-16th century it was home to a bowling alley, a cockpit, a tiltyard to host jousting, and tennis courts.

Speaking of tennis courts, the courts that Henry VIII would have played on in Whitehall wouldn’t have resembled the pristine lawns of Wimbledon, but would have been real tennis courts. The rules of the game – and the court that it’s played on – have changed very little since then. The courts have maintained their high, closed walls, with slanted edges to play off, as well as hazards and a spectator gallery that can play a part in the scoring system. In addition, the rackets are still constructed from wood, although the balls are made from leather and hair, rather than clay and egg shells.

Sitting on the concourse just between King’s Cross and St. Pancras train stations, the German Gymnasium is a restaurant and bar serving up Mittel-European cuisine, but this dining establishment take its name from its initial purpose. It was built in 1864 for the German Gymnastics Society, the first of its kind in the country. Zumba and Boxercise can thank in part the role the German Gymnasium has played in exercise and health. There were regular exercise classes held, particularly for women, and it was also a place to practice sports such as Indian club swinging and broadsword skills. Today it offers more bratwurst than broadsword, but much of the Grade-II listed main building remains as it did when it first opened.

Opened in 1863, Alexandra Palace has been the home to a variety of sports throughout its existence. Today it is mainly used as a music venue, but the PDC World Darts Championships have been a huge success since moving there in 2007. It’s currently home to the Masters snooker tournament and played host as a hospitality venue for the Dutch Olympic team during the 2012 Olympics.

For a long time it was home to London’s only race course, nicknamed ‘the frying pan’ because of its unique shape. It was also home to walking races, and had a nine-hole golf course within its grounds. Football and cricket have been played in Alexandra Park, adjacent to the Palace, for nearly 150 years, and the Alexandra Park Cricket Club remains there to this day.