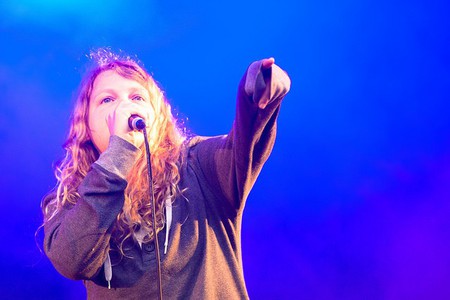 Since Spoken Word and poetry slams have come into the picture, poetry has acquired a brand new charm. With its down-to-earth fashion and performance variety, spoken word nights became more and more popular. London’s scene seems to be quite prolific, it has in fact cranked out a considerable number of talented slam poets.

She is probably the most internationally known spoken word artist, thanks to her passionate way of performing and her vibrating voice. Born in South East London in 1985, Tempest won the Ted Hughes Award for New Work with her second collection of poetry, Brand New Ancient. Her poetry talks about self-affirmation, relationships, London and the journey into becoming an adult. A newer collection has come out in 2014 entitled Hold Your Own. She also recorded a solo album, Everybody Down, and her debut novel is due in April 2016.

Now 25 years old, George The Poet started his artistic career as a rapper roughly ten years ago. He eventually switched to spoken word in order to communicate more directly with the audience. Raised in North London, he attended King’s College where he studied politics, psychology and sociology, subjects which appear extensively in his lyrics. The themes he touches upon are diverse, from city life to growing up, from human existence to family issues.

Solomon Ogunmefun-Brooker was born in Hackney, but he’s currently based in Bristol. He won the Hammer and Tongue Slam competition 2016 with his highly emotional poem about his foster parents. He’s mentioned his future plans as a young spoken word champion are to keep going with poetry and music. He is soon to release his debut solo EP The Writing is Real. 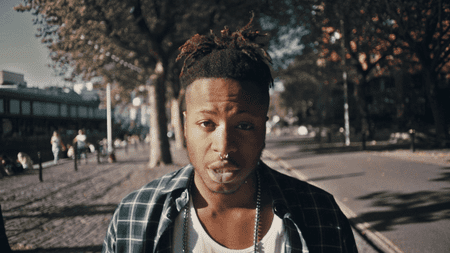 Oluwafemi moved to London from Nigeria when he was seven, to then grow up in North Peckham. He’s the winner of the Roundhouse Poetry Slam 2015, and his poems often talk about his childhood in a violent neighbourhood. He’s also part of the collective SXWKS (Six Weeks), which gathers creative people with African or Caribbean backgrounds from different fields, such as video making, photography, writing and music making. 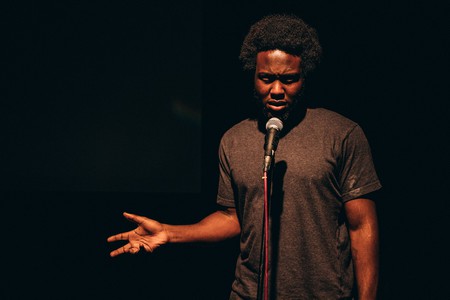 Former champion of Hammer and Tongue Slam competition, Londoner Caroline Teague delights the audience with her tender freshness and her funny poems about love and relationships. She’s also part of the Poetrip Collective and is leading the musical project Caroline Smiling, which involves ukulele playing, piano tapping and, clearly, poetry performing. 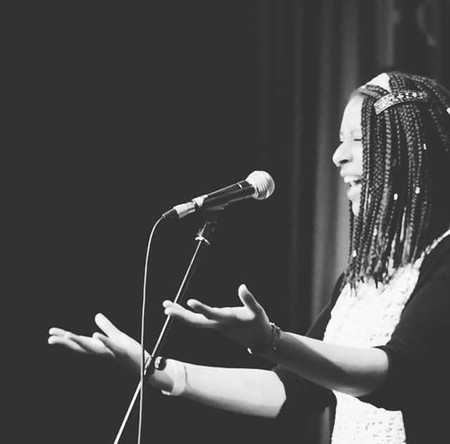