London's 2020 Pride Parade Postponed – but the Party Isn't Over 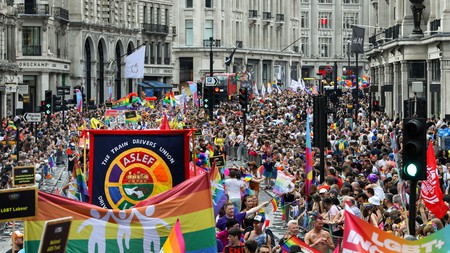 The 2019 parade during Pride in London – it's a colourful event that draws huge crowds, gay and straight | © Tristan Fewings / Getty Images for Pride in London

The show must go on! Covid-19 may have forced London Pride off our streets until next year, but don’t despair. Organisers have created an online space for the LGBT community to showcase their talents virtually, along with a fundraising scheme to support grassroots movements. Culture Trip has the lowdown.

Just when 2020 looked like it couldn’t get any more gloomy, the most colourful event in the calendar got cancelled. 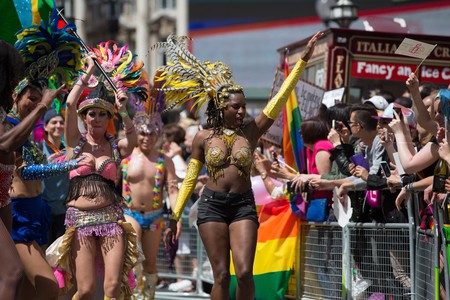 Performers wow the crowds during the Pride parade | | © James Gourley

The Pride in London parade, celebrating and showcasing all the wonderful corners of the LGBT community, was supposed to take place on Saturday, 27 June. But like most other festivals and events across the country, Covid-19 has meant proceedings have been put on hold and the parade postponed until summer next year. 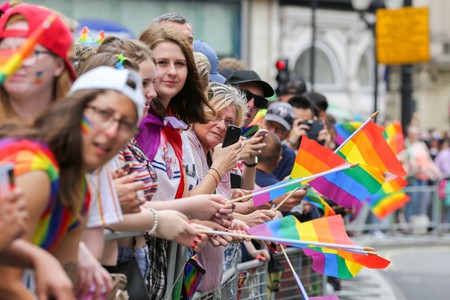 Revellers enjoy the spectacle of the parade, waving flags along the route | | © Dinendra Haria / SOPA Images / LightRocket via Getty Images

Thomas Wales, head of Coming Out at Pride in London, said: “The decision to postpone the parade has been challenging but we couldn’t ignore the pressures of the current situation.”

But Wales doesn’t want the celebrations to stop and he’s encouraging people to get involved in Coming Out.

Coming Out: what Pride in London is doing instead of the parade

Earlier this year, Pride in London launched Coming Out – an online platform for the LGBT community to promote and host events to keep queer groups and individuals across the country connected throughout the year.

Coming Out has already proven to be a hit. From karaoke to bingo, fitness sessions to arts and crafts, events “by queer people for queer people” have kept the community engaged while stuck inside during lockdown. “We’re all in this together through this difficult time,” Wales said. 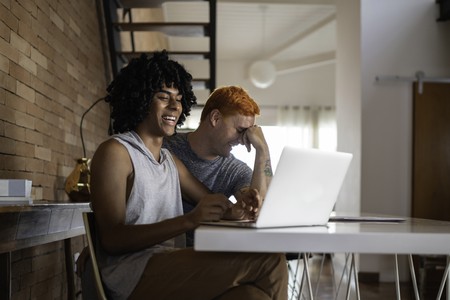 Check out Coming Out on the Pride in London website, through the mobile app or social media accounts. Here’s our pick of the best virtual events.

Events to look out for

The perfect lockdown pick-me-up. Mama G, the pantomime dame, will be performing her original stories, singing songs and bringing all the silliness of the stage to children and families.

Line Dancing with The Cactus Club

Get your cowboy boots on and limber up. The London line dancing club is going online to bring the LGBT community and anyone else wanting to take part the chance to let loose.

Weekly yoga classes run by Thania aim to break down social conventions surrounding yoga and allow any members of the community to join. Postures, meditation and breathing exercises for all abilities and bodies shapes will be available.

A safe and fun space for anyone to talk about – or just listen to conversations about – sex and the issues surrounding sex within the LGBT community.

Your time to shine. A chance to take your singing from the shower to an audience. Hosted by Mr Party, this will be an energetic fun-fuelled party to wipe away the lockdown blues and show off your talent.

These and all of the other amazing Coming Out events are available here.

Allyship and fundraising during lockdown

The pandemic has had mental, physical and financial ramifications for LGBT individuals and grassroots organisations across the UK. These include reduced access to medication, children having to move back in with homophobic parents and the general mental health struggles exacerbated by isolation and the consequences of lockdown on LGBT workers and businesses. 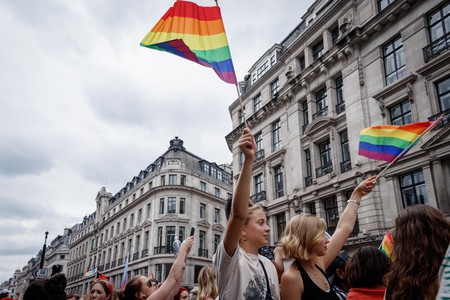 Pride in London’s new theme #YouMeUsWe is a rallying call for support. “It demands us to be better allies within our own community, no matter your identity,” Wales said.

Through the ‘You! Me! Us! We!’ page, Acts of Allyship are encouraged through donating towards the Unity Fund, pledging allyship and sharing stories.

The Unity Fund will be used to provide grants to those in communities who need it most, helping to address the needs of LGBT people while also supporting Pride in London’s vital work.

“Through the new Coming Out digital hub and wider campaign, we’re hoping to spark communities into making 30,000 Acts of Allyship – one for each person that would have marched at Pride in London’s parade at the end of June,” Wales said.

The history and importance of Pride in London

Pride in London launched in 1972, three years after the Stonewall riots in New York, in which the New York LGBT community protested after being viciously assaulted by a violent police force during a time when being gay was considered a mental illness.

Since then, Pride has been a constant effort to change public and political perception of the LGBT group. 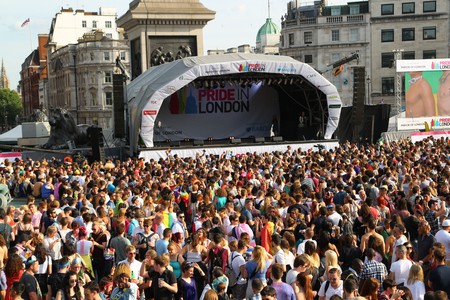 A packed Trafalgar Square during Pride In London | | © Moyna Talcer

Samuel Martin, an LGBT activist and regular attendee at the Pride parade, said: “Phillip Ayoub coined the term ‘visibility complex’, which refers to the concept of the Pride movement: you need to be visible to make change.

“There have always been gay events taking place behind the scenes, but not in public and political spaces. By people coming out as gay and making it visible to the wider society, this is how we have gained more acceptance. 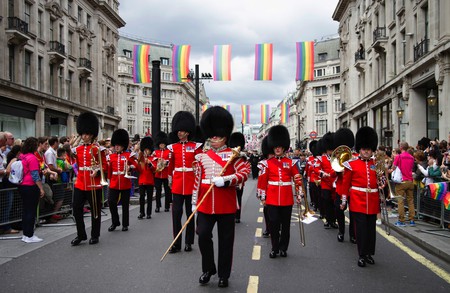 “Because of Pride’s determination over the years, LGBT communities have become a normal part of our society now.”

Although both Wales and Martin – along with the wider community – agree that homosexual rights have improved tenfold, they also believe there is more work to be done regarding trans rights and ethnic minority LGBT equality, and that the protest element of Pride is as relevant now as it ever was.