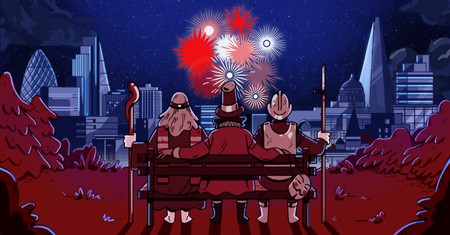 With one of the most impressive views of the London skyline, Parliament Hill – Hampstead Heath’s premier picnic spot – has been known by many names, each of which reveals an unexpected history full of druids, treason and war.

With Canary Wharf, The Shard, St Paul’s Cathedral, the London Eye and the BT Tower in its sights, Parliament Hill is the perfect perch from which to see London. The iconic hill, its gaze spanning almost the entire expanse of the capital, has watched as the metropolis swelled to what it is today. Located in the northwest of the city, the 98-metre-high (322 feet) viewpoint has known many names, each revealing what the popular kite-flying hill has meant to Londoners throughout time.

Druids may have called the viewpoint Llandin

A year after Ross Nichols founded the Order of Bards, Ovates and Druids (OBOD) in 1964 – an offshoot of the Ancient Druid Order – he held a gathering at Parliament Hill to re-establish it as the ritual ground for spring equinox celebrations, called Alban Eilir in the druid tradition.

According to transcribed speeches delivered by Nichols at Parliament Hill between 1965 and 1967, he called the ancient mound “the most distinguished eminence of London, that which named the city”, reminding his audience of the hill’s ancient name: Llandin.

As druids generally passed teachings through memorisation and oral recitation, it is hard to assess its historic usage. But research done by Elizabeth Oke Gordon in the early 20th century suggests that Parliament Hill is one of five London hills, or tons, that were used in the worship practices of druids.

Taking her information from the Welsh Triads – written records of folklore traditionally performed by bards – Gordon claims that Parliament Hill is one of London’s Holy Hills. She explains in her book, Prehistoric London: Its Mounds and Circles (1914), other hills in this group include the since-levelled mounds of Bryn Gwyn, Penton, Tothill and two man-made tons called the Barrows. These sacred sites are now Tower Hill, New River Head, Westminster Abbey and the undulations of Primrose Hill, respectively.

The importance of these Gorsedds, as they are also known, according to Nichols and Gordon, are on a par with the famed Stonehenge. Also like with Stonehenge, it is difficult to pinpoint their ritual usage. 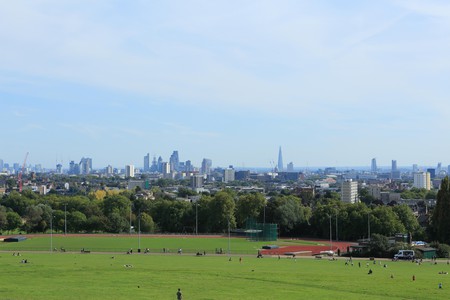 It is unclear when or if the Llandin stopped being used as a sacred site, but by the late 17th century it was known as Traitor’s Hill. The auspicious grounds that once held celebrations of the changing moon and sun tides became tainted with their association to the failed Gunpowder Plot of 1605.

While Brits set off fireworks on 5 November every year to commemorate the failure, mastermind Robert Catesby and his accomplice, Guy Fawkes, may have hoped to watch their own fireworks show atop the hill if their plan to blow up the Houses of Parliament had been successful.

The Gunpowder Plot, so called because of Catesby and Fawkes’s accelerant of choice, was disrupted when officials received the anonymous Monteagle letter, tipping them off to the conspiracy. Fawkes, a Catholic mercenary who was recruited to place gunpowder and kindling under the Houses of Parliament, was caught red-handed.

Had the plot been successful, folklore suggests that Fawkes and Catesby planned to watch the destruction from a safe distance on modern-day Parliament Hill. It is unclear whether or not this was the real plan, but for a time Londoners called the steep knoll Traitor’s Hill, and it was a hotspot for revellers on Bonfire Night.

While the Gunpowder Plot proved to be unsuccessful, another coup was soon underway nearly four decades later.

Seventeenth-century London was rife with political conflict, punctuated by fire and plague. Tensions along ideological and class lines intensified as years went on, eventually resulting in civil war or revolution, depending on who you ask.

When Charles I came to power in 1625, distrust in the monarchy was already high. Charles’s clumsy leadership only made things worse. His marriage to French Catholic Princess Henrietta Maria angered Protestants, his tax policies angered the growing merchant class and when he dissolved parliament (multiple times), he angered his own government.

Between 1642 and 1649, that anger turned to violence as parliament fought against Charles’s monarchy. According to Historic England, “Parliament Hill got its present name during the English Civil War when it was used by soldiers who were fighting on the side of parliament.”

It proved fruitful as a vantage point as by 1649 Charles I was imprisoned, tried for treason and beheaded for his crimes. Parliamentary control was restored by Oliver Cromwell, and after a restoration of the monarchy and the Glorious Revolution of 1688, Britain was established as the constitutional monarchy it is today. 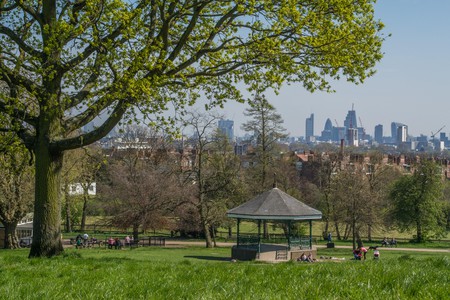 What is there to do at Parliament Hill?

These days, most visitors to Parliament Hill are taking in the sites rather than plotting to overthrow the monarchy. The Stone of Free Speech and ‘Boudicca’s Grave’ alleged burial site point to Hampstead Heath’s druid past, but most of London’s modern-day druid ceremonies are performed on Primrose Hill.

Its uses may have changed over time, but Parliament Hill remains a gathering place for nearby communities. The weekly shop can be done at the Parliament Hill Farmer’s Market on Saturday mornings, swimming is a treat in warm weather in the nearby bathing ponds, and nature walks to Kenwood House, which has a free art gallery, are a great idea for a family day out.

As a place of leisure, visitors and Londoners alike look out from the fabled height to take the views in, observing the bustle of city life from afar. Whether it be for history, hiking trails or art, Parliament Hill is the perfect place to visit for a break from the frenetic energy of Central London.