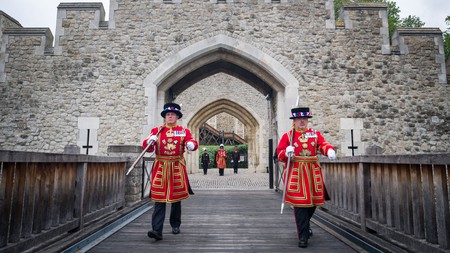 Yeoman Warders, commonly known as Beefeaters, march across the Middle Drawbridge at the Tower of London | © Leon Neal / Getty Images

The distinctive Beefeaters, who famously guard the Tower of London and the Crown Jewels, are facing redundancies as part of a massive cost-cutting exercise. It’s the first time this has happened since they were founded in 1485. Culture Trip reports.

They may only be ceremonial guards today, but for many tourists and visitors to London they are one of the must-see attractions in the UK capital. The Beefeaters – officially known as Yeomen Warders of Her Majesty’s Royal Palace and Fortress the Tower of London, and Members of the Sovereign’s Body Guard of the Yeoman Guard Extraordinary – are tasked with looking after the Crown Jewels and once guarded prisoners in the Tower of London.

More recently, however, their primary task has been to conduct tours and look after visitors. The last person to be held at the Tower was German spy Josef Jakobs, who parachuted into the UK during World War II; he was executed on 15 August 1941. 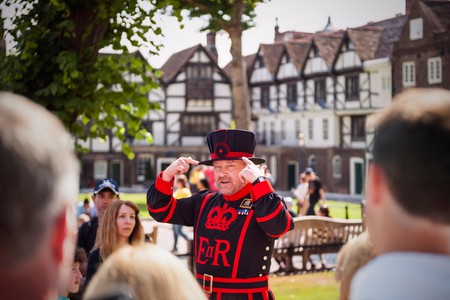 With visitor numbers drastically reduced because of coronavirus, administrators are facing a huge financial shortfall, and it looks like the Beefeaters might be facing the chop themselves.

Who are the Beefeaters?

Despite their quirky appearance, the Beefeaters are all former military personnel; in fact, they have to have served a minimum of 22 years as part of the Armed Forces of the Commonwealth realms.

In total, there are 37 warders guarding the tower and one chief warder as part of the garrison. The warders were first formed in 1485 by Henry VII, and were part of the first rulings by the newly installed Tudor dynasty. The Yeoman Warders, and their immediate families, all live within the fortress, although they also have private homes outside of the tower that they use when not on active duty. 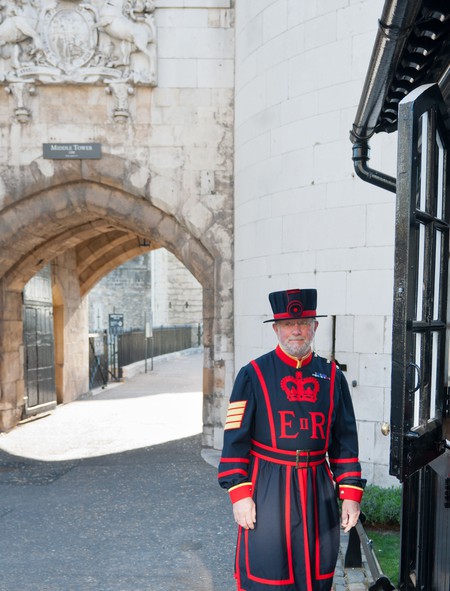 The Yeoman Warders, or Beefeaters, were formed in 1485 | | © Andrew Michael / Alamy Stock Photo

The origins of the name Beefeater is unclear. One of the earliest references dates back to Cosimo III de’ Medici, Grand Duke of Tuscany, who commented on the “very large daily ration of beef” the Yeoman Warders were given. Other experts claim that the term is derived from an Old English word for menial servant, which is roughly translated as “loaf-eater”.

How many Beefeaters are being cut?

Historical Royal Palaces (HRP) is the charity that oversees a number of royal buildings, including the Tower of London. Their financial forecasts for 2020 are understandably grim, and five other palaces are also facing redundancies. At the time of writing, two Beefeaters have taken voluntary redundancy, but more cuts are likely.

These are the first such job losses since the Yeoman Warders were founded more than 500 years ago. 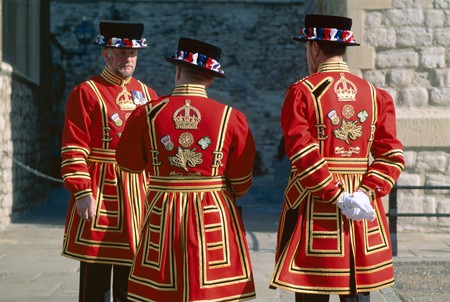 The coronavirus pandemic has affected the Beefeaters, who are facing redundancy for the first time in their existence | | © Jon Arnold Images Ltd / Alamy Stock Photo

The HRP forecast £110m in revenue for 2020 before the pandemic; it now believes it will make close to £12m. Although visitors are slowly being allowed back, the capacity inside the tower has had to be reduced to no more than 1,000 a day in order to respect social-distancing guidelines. In the peak summer months last year, there were around 15,000 visitors a day.

The cruel irony for the Beefeaters is that it is the very fact they are protecting the Crown Jewels that is ultimately putting their livelihoods at risk. The HRP is appointed to protect these valuables but does not receive any additional income to provide security. With revenue down to record lows, the only way to secure the Jewels is to cut the guards.