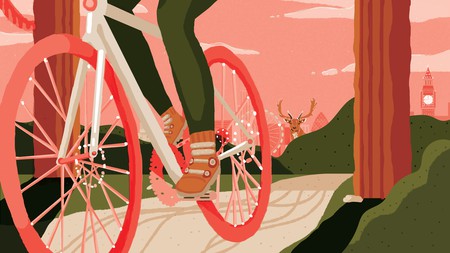 From a lovely loop around Richmond Park to a jaunt along the Regent’s Canal towpath, here’s our guide to some of the best bike rides and cycle routes in London.

Looping around the perimeter of Richmond Park is the Tamsin Trail, a leafy circuit perfect for cyclists of all skill levels. Riders can join the path at any of the park’s entrance gates and follow the gravel and tarmac trails around the 12-kilometre (7.5 mile) loop. Along the way you’ll pass the Isabella Plantation, a woodland garden with brilliant collections of seasonal flowers; the Pembroke Lodge, a Grade-II listed Georgian mansion; and Ham House, a historic 17th-century home with formal gardens. Look out for royal deer grazing in the park’s meadows, and be sure to take in the hilltop view of St Paul’s Cathedral. 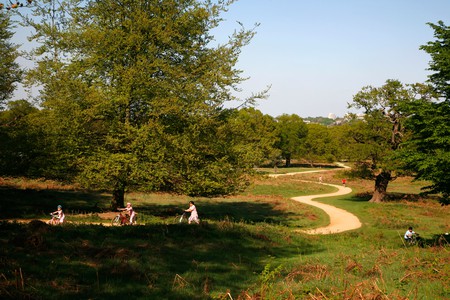 This route follows a lovely stretch of the Regent’s Canal towpath, kicking off at Limehouse Basin and meandering along the waterway that runs alongside Mile End Park, Victoria Park and London Fields. End at Broadway Market, a charming cobbled street filled with cafés, bookshops and independent boutiques. 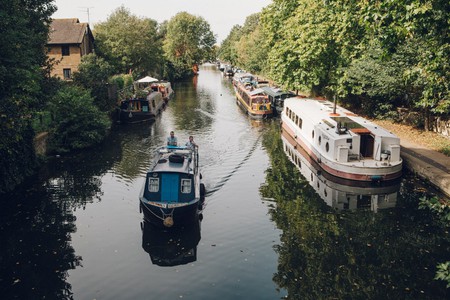 Follow the River Lea to the Olympic Stadium or Victoria Park

Start your journey at Tottenham Marshes and head south along the banks of the River Lea towpath for this lovely ride along one of London’s lesser-known waterways. Once you’ve reached Hackney Wick station, choose from two variations on the route – the towpath running parallel to the Queen Elizabeth Olympic Park will take you to the London Olympic Stadium, while the Hertford Union Canal leads to Victoria Park, where you can enjoy lunch at the charming Pavilion Café, or hire a pedalo or rowing boat to float on the water. 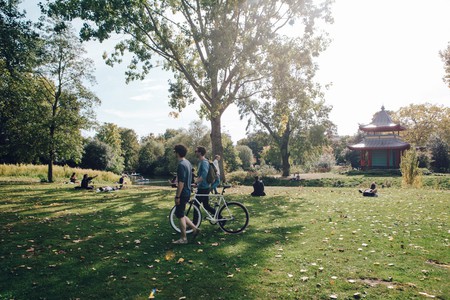 Cycle to Victoria Park, where you can enjoy lunch at the charming Pavilion Café | | © Chiara Dalla Rosa / Culture Trip

This route follows the Parkland Walk, a leafy, four-kilometre (2.5-mile) path that follows the course of a railway line that used to run between Finsbury Park and Alexandra Palace. Keep an eye out for the sculpture of a mythical spirit fairy known as the Spriggan, hidden underneath the disused railway arches. Exit the trail and carry on a bit further to Highgate Cemetery, the final resting place of Karl Marx, and listed as Grade II on the Register of Historic Parks and Gardens. 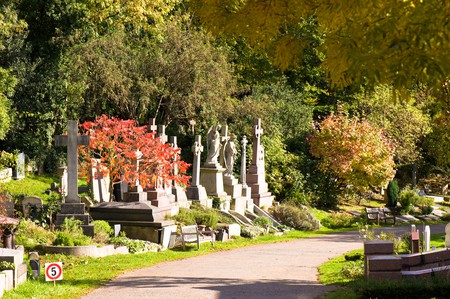 Cycle along the Thames past London’s Landmarks

This ride begins at Westminster Pier, right in front of Big Ben. Heading west and following the Thames, you’ll pass the Palace of Westminster and, after a while, the Tate Britain. On the other side of the bank you’ll catch a glimpse of Battersea Power Station and, just behind it, the eponymous park. From Wandsworth Bridge hop on to the Thames Path, where signs instruct cyclists to dismount – we recommend pushing your bike while taking in the beautiful views. Once you’re back in the saddle, Fulham Palace will follow on the northern embankment. The route ends on Kew Bridge, right before the Royal Botanic Gardens. 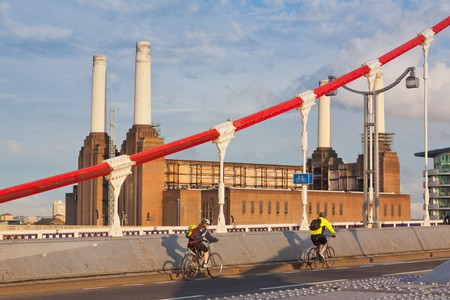 Ride along Regent’s Canal to London Zoo and Little Venice

Bisecting London from east to west, this ride follows Regent’s Canal across the city to Little Venice, a tranquil canal area home to waterside cafés and pubs. Along the way you’ll pass through the best of north London – the towpath running through the trendy Angel area of Islington, the London Zoo, where animals’ cages back right up against the cycle trial, the splendid Regent’s Park and Little Venice, where your journey ends. 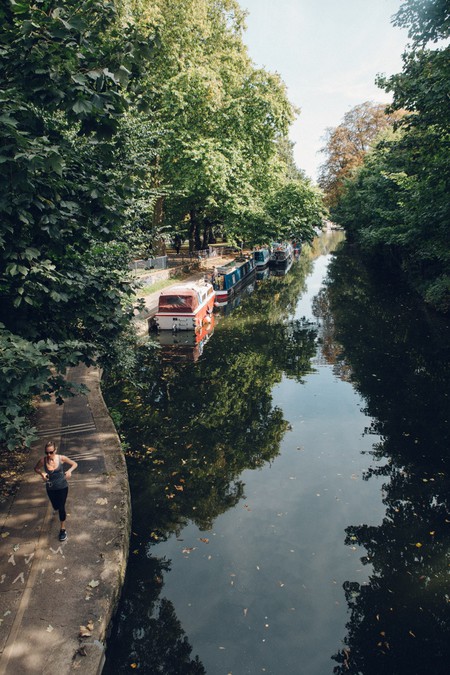