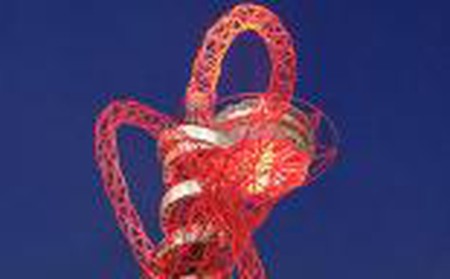 In 2009, London mayor Boris Johnson met Lakshmi Mittal, the steel magnate, in the cloakroom at Davos. Known for his outspokenness, Johnson asked Mittal to inject £20 million into a permanent sculpture for the 2012 Cultural Olympiad. Barely a year later, the Indian/ Britain artist Anish Kapoor won ‘the commission of a lifetime’. We explore the story of what is now known as London’s Orbit.

Before the 2008 economic crisis, costly public commissions were seen largely with respect and pride. Today, they have become an easy target on the grounds that public money might as well be spent elsewhere. Nevertheless, the consensus amongst most journalists and art critics seems to be that outrageously expensive commissions are acceptable as long as they provoke, ask questions, and ultimately challenge one’s notions of beauty and permanence. In addition, majestic events demand majestic projects, and this is certainly true of the Orbit, which was intended to be a monument to the Olympics. 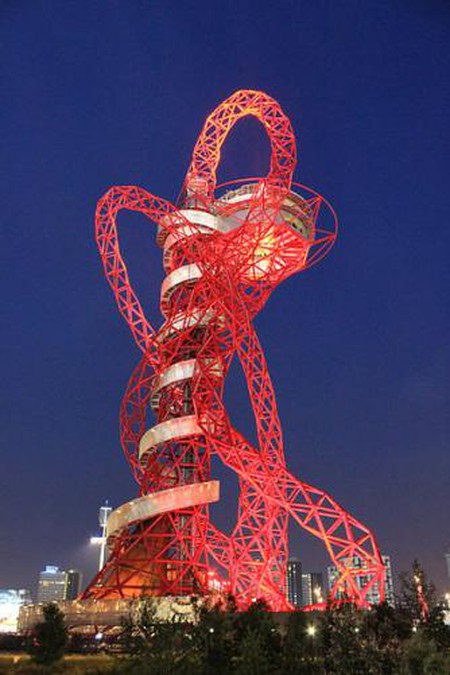 Kapoor’s work is indeed challenging and provocative. James Tarmy from Bloomberg described it as a ‘bright red mass of crisscrossing metal beams’, adding that ‘it’s like looking at the Eiffel Tower on acid’. Apart from the fact that Paris‘ Eiffel Tower is almost three times taller, that sums up quite accurately and humorously Kapoor’s 115 metre structure. The 900 tons of material used to build it come from wrecked cars and washing machines – which simultaneously adds an eco-friendly touch to the project. Some of the walls of the viewing deck have been mirrored in a convex or concave way in order to reflect the visitors upside down and at various odd angles – perhaps a subtle reference to Kapoor’s mirror sculptures. This, combined with the enclosed lifts with restricted views and the general asymmetry of the steel sculpture, contributes to a dazzling feeling of instability. As a matter of fact, this was precisely what Kapoor was eager to achieve, explaining that the Orbit ‘winds and twists’ and ‘gives us a physical impression of that instability’. The artist maintains that one can only make sense of the project by approaching the structure from various angles, climbing it, walking through it, and most importantly drinking ‘a cup of tea from its viewing platforms’.

The idea of physically engaging with the Orbit has been thought of as a way to make it anti-iconic, and perhaps anti-dull too. Greg Ludkovsky, head of research and development at ArcelorMittal, described the sculpture as ‘inquisitive’ and challenging: ‘something different’. The sculpture is undeniably quirky: its veins-like complex tubes are twisted together in a roller-coaster organic structure, creating an exuberant and futuristic spectacle. Kapoor and his associate Cecil Balmond have compared their design to Pieter Bruegel’s Tower of Babel: a ‘spiralling, human mass climbing towards heaven from a bulging base’. For Kapoor, the Orbit is a mythic procession: ‘there is a kind of medieval sense to it of reaching up to the sky, building the impossible’. It would have been easy to dismiss the project as a vainglorious folly, except that it seems to have conquered the hearts and minds of the media. Jonathan Jones has exulted over the Orbit’s colossal clumsiness, comparing it to a ‘generous drunken party animal that waves and gesticulates next to the Olympic stadium’. Others have praised the wildness and warm humanness of the sculpture, which shine through despite the awkwardness of its appearance. 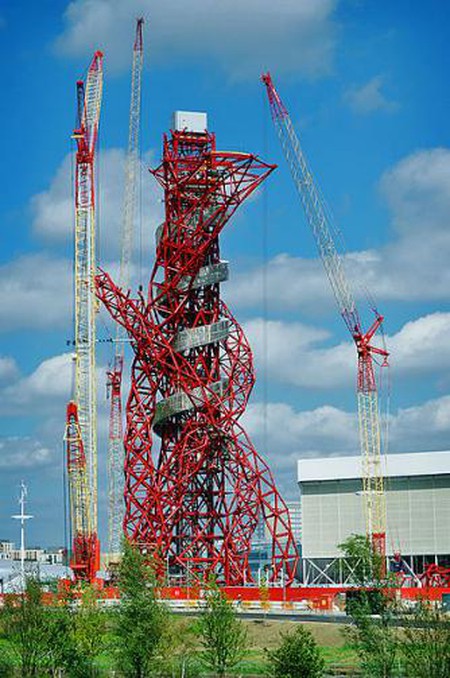 Most importantly, the Orbit will likely attract thousands of visitors every year and is expected to generate an annual £10 million – provided that winds do not blow above force 9, which would force the closure of the lift. The Kapoor ‘brand’ will doubtlessly contribute to these numbers. The Indian artist was born in Bombay in 1954 where he lived until moving to London in the early 1970s. After attending the Hornsey College of Art and the Chelsea School of Art Design, Kapoor’s ascension to fame was swift – especially after being chosen to represent England at the 44th Venice Biennale. This is where he earned the Premio Duemila Prize, which was shortly followed by a Turner Prize. Kapoor was also named Commander of the British Empire and Commander in the French Ordre des Arts et des Lettres in 2011, and was knighted for services to Visual Arts by Queen Elizabeth II during her 2013 Birthday Honours.

Over the years, the artists’ rich pigment works – fleshy, muddy and raw – have become iconic. Working with highly reflective surfaces of polished stainless steel, PVC, red wax, as well as rough materials such as granite, limestone and marble, Kapoor is a multi-medium artist. His biomorphic installations are ambrosial monochromatic objects that appeal to the touch as much as to the sight. It will not come as a surprise to those who desperately try to grasp the meaning of his complex works that the artist’s favourite subjects revolve around metaphysical binaries such as place/non-place, being/non-being, and presence/absence.

Kapoor’s major shows have included the 2002 Tate Turbine Hall Commission and the ground breaking exhibition at the Royal Academy in 2009 – which was the most popular contemporary art show to be ever held in London. The Orbit has definitely sealed his fame, but only time will tell whether the structure will be added to the pantheon of iconic public works.

Watch this short video about the Orbit below: