10 London Hip-Hop Artists You Should Know

As the birthplace of grime music, London has produced an incredible range of hip-hop artists who celebrate social and political empowerment. From award-winning MCs to literature inspired rappers and encapsulating poets, these artists represent the best of hip-hop music through their rhythmic sounds and powerful lyrics. Featuring some of the UK’s most progressive talent, here are 10 of London’s best hip-hop artists.

Hailing from Kentish Town, Akala is a rapper, poet and educator, known for encapsulating audiences both across the globe and in his native London. A unique blend of rap, rock and electro-punk sound along with powerful lyrical storytelling, Akala’s work has influenced many and earned him a MOBO Award for Best Hip Hop Act in 2006. ‘Shakespeare,’ a track off of Akala’s 2006 debut It’s Not A Rumour, heralded The Hip Hop Shakespeare Company, a music theatre production company. As an outlier to many contemporary rappers, Akala believes in taking hip-hop music back to its roots of conveying political and social messages, which is why he is considered to be one of the most vital talents in the UK. Catch Akala on his winter tour later this year, which includes a gig at London’s Village Underground in Shoreditch on December 1st 2015. Check out his tour dates here. 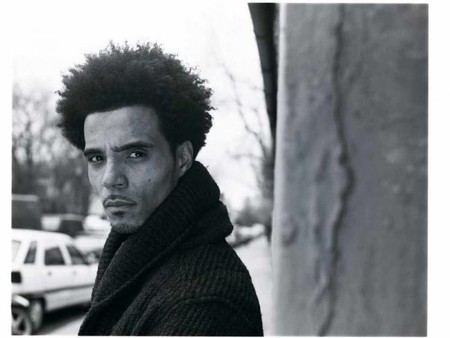 The South London rapper and poet, Speech DeBelle, is known for her compelling lyrics over her soulful blend of jazz and folk sound. As an exciting talent in the UK’s alternative rap scene, Speech DeBelle won the Mercury Prize in 2009 for her debut album Speech Therapy. Speech’s single ‘Spinnin,’ from her sophomore album Freedom of Speech, was reworked by Tinchy Stryder and used as one of the official anthems of the London 2012 Summer Olympics. Speech is currently working on her third album entitled Breathe, which is scheduled for release in early 2016. The first single, ‘Terms and Conditions,’ features backing vocals from the Noisettes’ Shingai Shinowa and Miss Baby Sol and will be released later this August. 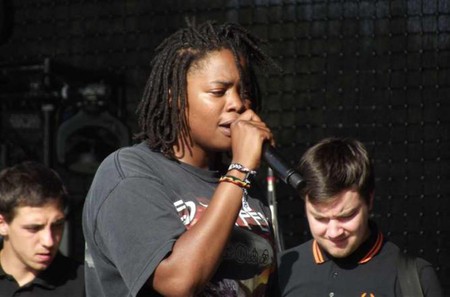 Dagenham-born hip-hop artist James Devlin, emerged from London’s underground grime scene to achieve mainstream success, much like fellow rappers Dizzee Rascal and Tinie Tempah. With his influences being Bruce Springsteen, Bob Marley, and The Supremes, Devlin stands as an outlier to many grime artists with his discussion of politics and conspiracy theories in his powerful lyrics. As a member of the grime collectives ‘O.T Crew’ and ‘The Movement’, which included Wretch 32, Devlin started his career in the underground grime scene at the age of 15. Devlin shot to fame in 2008 after worldwide rap sensation and 21-time Grammy Award winner, Kanye West, posted a video of him freestyling, alongside fellow grime artist Dogzilla, on his blog. Devlin has since been signed to the major label Island Records and released two highly accredited albums. Devlin’s latest single ’50 Grand,’ featuring Skepta, is out now.

Born in Hounslow, London to parents of Sri Lankan Tamil descent, M.I.A. spent most of her childhood in Sri Lanka and then India, before moving back to London as a refugee at the age of 11. M.I.A. bursted onto the hip-hop scene in 2005 with her iconic hip-hop beats, powerful lyrics and her revolutionary political message. After releasing two highly praised albums, Time named M.I.A. as one of the ‘World’s Most Influential People’ in 2009. In her 2005 debut, Arcular, M.I.A. used her platform to discuss revolution, identity and voice of the oppressed, including Tamils, Palestinians, and African-American. Ten years on, since the sensational Arcular was released, these themes are even more relevant. M.I.A.’s new audiovisual project, Matahdatah Scroll 01 ‘Broader Than A Border,’ features a new track titled ‘Swords,’ which is set for her upcoming album, Matahdatah. 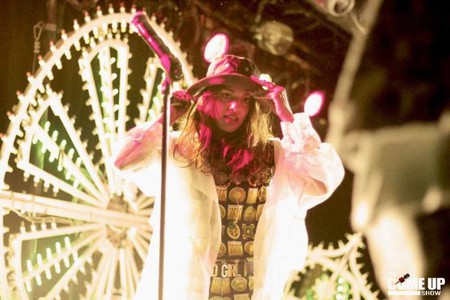 Born and raised in Hackney, Shystie is a MOBO Award-nominated rapper and grime artist, emerging from the UK underground urban scene. After signing to the major label Polydor in 2004 and releasing her debut album Diamond in the Dirt, Shystie went on to play the lead role as aspiring MC in the Channel 4 television series Dubplate Drama and appeared in the box office hit Adulthood. Now an independent artist, Shystie released her Pink Mist EP in 2013 and has since supported Grammy Award-winning artist, Kendrick Lamar, on the European leg of his 2013 tour as well as modelling and performing at New York and London fashion weeks. Shystie’s latest music is available on her SoundCloud now.

Tottenham-based rapper Wretch 32 is best known for his mainstream chart success with hits such as ‘Traktor,’ ‘Unorthodox’ and ‘Don’t Go.’ As a member of the grime collectives Combination Chain Gang and The Movement, as well as solo, Wretch initially found success in the underground grime scene in the early days of his career. Wretch has since been named ‘Best International Act’ at the BET Awards in 2012 and collaborated with fellow MCs Wiley, Devlin, Chip and singer Ed Sheeran. Wretch has recently featured, alongside Devlin, So Solid Crew’s Swiss and Rebecca Garton, on the latest single from the compilation mixtape Concrete Jungle, which was put together by Always Recordings. The song ‘Helpless’ is available on SoundCloud now. 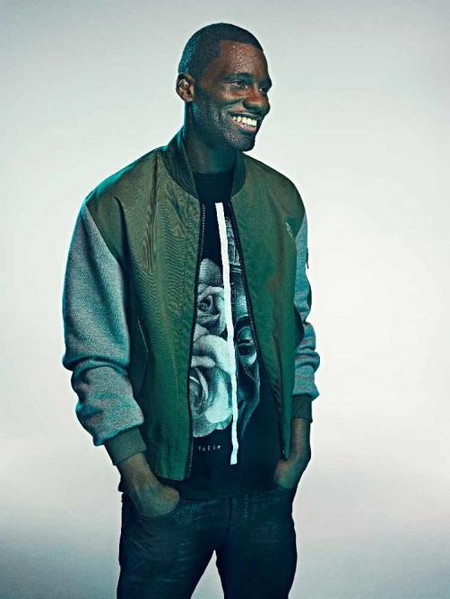 The multiple time BRIT and MOBO Award-winning artist, Ms. Dynamite, grew up in North London and is best known for her hit singles ‘Dy-Na-Mi-Tee’ and ‘It Takes More.’ As the first black female artist to win a Mercury Music Prize, Ms. Dynamite has succeeded in shattering the glass ceiling and consequently, paving the way for her contemporaries, such as Speech DeBelle and Shystie. Her highly credited debut album, A Little Bit Deeper, reflected a social conscience ready to launch a generation of hip-hop artists taking music back to the roots of social and political change. Shortly after releasing her sophomore album Judgement Days, Ms. Dynamite took a break from music and has since featured in a range of other artists’ work including David Guetta, Katy B, and DJ Fresh. To see Ms. Dynamite live, be sure to catch her on tour this summer. 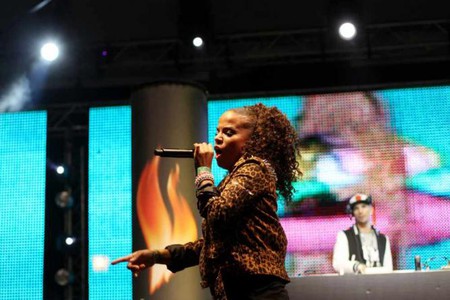 Originating from Forest Gate, London, Plan B is a BRIT Award-winning rapper, actor and film director. Plan B made his music debut on the grime compilation Run The Road, before signing with a record label and releasing his highly acclaimed debut album, Who Needs Actions When You Got Words, in 2006. His soul-filled sophomore album, The Defamation of Strickland Banks, saw Plan B becoming a household name with mainstream hits such as ‘Stay Too Long,’ ‘She Said,’ ‘Prayin’ and ‘The Recluse.’ Plan B has since founded The Each One Teach One Trust, which aims to improve the lives of young people by providing access to new skills, training and support. 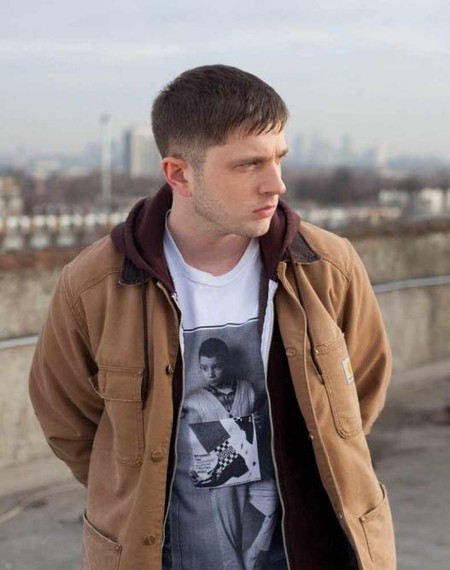 Estelle Swaray is a multiple MOBO and BRIT Award-winning singer, hailing from Hammersmith, London. Estelle made her breakthrough to the UK hip-hop scene with her track ‘1980’ from her debut album, The 18th Day, in 2004. After signing with R&B singer John Legend’s label, Homeschool, in 2008, Estelle began to experience success across the pond. She has since collaborated with the likes of Rick Ross, Chris Brown, will.i.am and of course, Kanye West on the infamous ‘American Boy.’ The well known track launched Estelle onto the UK and USA charts and landed a Grammy Award for ‘Best Rap/Sung Collaboration’ in 2009. Estelle’s fourth album, True Romance, which features her hit single ‘Conqueror,’ is out now. 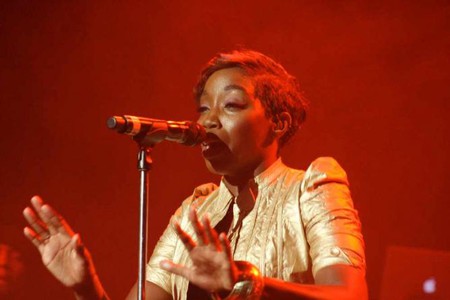 Skepta is a master of the UK grime scene, MC and record label owner, who was crucial in bringing underground grime into mainstream hip hop and pop charts in the UK. The Tottenham-raised MC formed the grime label, Boy Better Know, with his brother J.M.E. and fellow hip-hop artist Wiley in 2005, allowing them to release their own music, such as Skepta’s debut record, Greatest Hits, and his follow up album, Microphone Champion. Skepta performed with Kanye West at his surprise show in London earlier this year and on stage at the BRIT Awards, which was later considered to be a monumental event in grime music as it paved the way for recognition in the USA. Skepta’s latest single, ‘Shutdown,’ is out now.