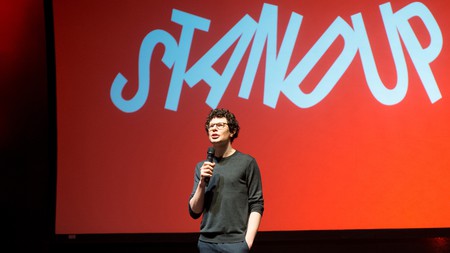 London has produced its fair share of comedians, including the hilarious Simon Amstell | © Ollie Millington/Redferns/Getty Images

Laughter is good for the soul. And the irony and sarcasm of British humour – delivered with a straight face, of course – is a sure way to crack a smile. When in London, find your mid-week pick-me-up at some of the city’s funniest nights. A face like the Cheshire Cat is guaranteed. 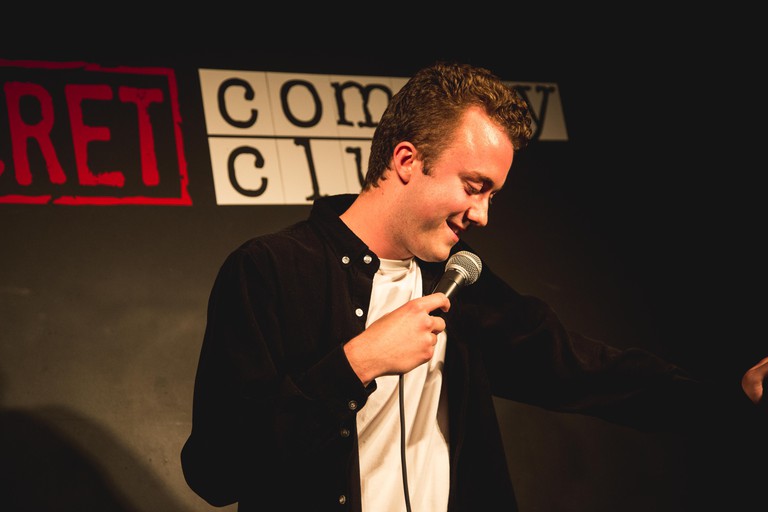 © Danny Tymon / Alamy Stock Photo
A quick scan of Covent Garden‘s Top Secret Comedy Club line-up will leave you asking: who hasn’t performed at the venue? Comedians like Eddie Izzard, Jack Whitehall and Michael McIntyre are among the famous faces to have taken to its stage over the years to practice new material before heading off on tour. Not much of a secret anymore, this comedy club is recognised as one of London’s favourites, with tickets for its intimate shows sold on a first-come, first-served basis. Plus, with reasonable prices and often free nights running too, you can see why tickets fly off the shelves.
Open In Google Maps
170 Drury Lane, Holborn, London, England, WC2B 5PD, United Kingdom
+447956539784
Visit Website
Visit Facebook page
Give us feedback

Milroy’s has been around since 1964 in Soho, but late last year its current owner, Martyn ‘Simo’ Simpson, expanded to a second site in Spitalfields. Stretching across three floors, there’s a 1,000-bottle-strong whisky bar, a cocktail bar, a tasting room and an exclusive private members club (the Dram House) – complete with a cigar terrace. Members’ rights aside, its comedy nights are open to all on the first Wednesday of every month, boasting talent from the likes of Channel 4’s 8 Out of 10 Cats, BBC’s The Mash Report and ITV’s Stand Up Sketch Shop. A ticket to catch a glimpse of said talent will set you back a worthwhile £35, and you can expect your comedy to be served alongside drams and highballs from some of Milroy’s most-loved distilleries. 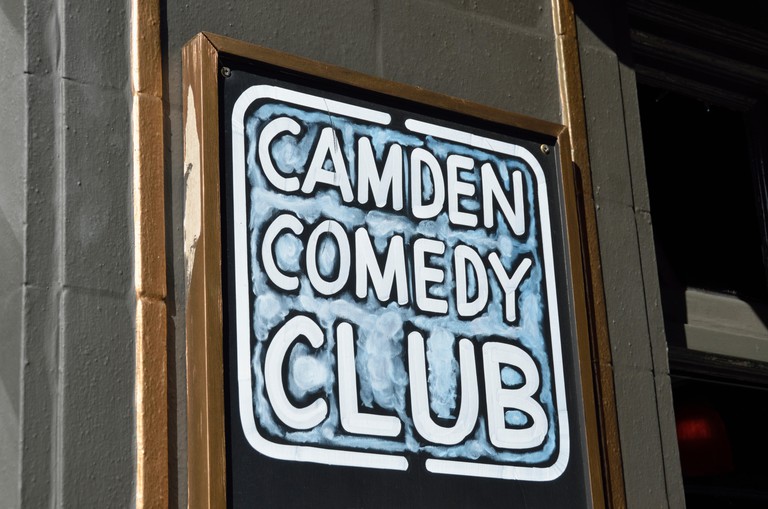 Camden Comedy Club helped London earn its reputation for being a city that never sleeps: every night of the week, you can hedge your bets that something will be going on at this venue above the Camden Head. Whether it’s stand-up, improv or sketch comedy with world-class talent like Alan Carr, Russell Howard and Harry Hill, bringing the good vibes is this venue’s modus operandi.

Theatre
Facebook
Email
Twitter
Pinterest
Copy link
Share
Map View
For eight years running, the 99 Comedy Club has won the award for ‘Best Comedy Club’ in the city for its stellar lineup of talent and the many LOLs that have reverberated around its walls. As the flagship 99 Comedy Club (the other is in Covent Garden), there’s always a buzz at this West London venue; almost every evening features funny humans, some of whom have residencies. Along with a coveted seat, which you can nab from £7, you can order various foodie packages like prosecco and a two-course dinner or pizza.
Open In Google Maps
Leicester Square, West End, London, England, WC2H 7BP, United Kingdom
+447760488119
Visit Website
Give us feedback

Live at the Chapel 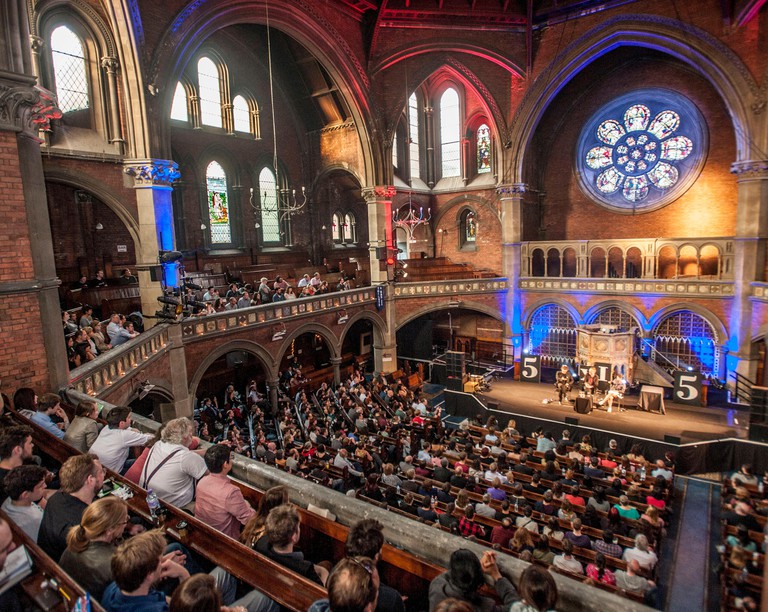 © roger parkes / Alamy Stock Photo
Comedy’s self-proclaimed ‘spiritual home’, Live at the Chapel at Union Chapel draws on some of the best-in-class comedians for their monthly events. Since 2007, the Islington club has hosted the likes of Noel Fielding, Ed Byrne and Frankie Boyle, whose quips and one-liners have cracked up an audience of 900. And to make it all the more memorable an experience, there’s also a resident live band.
Open In Google Maps
19b Compton Terrace, London, England, N1 2UN, United Kingdom
+442072261686
Visit Website
Give us feedback
Give us feedback