London’s 11 Most Important Writers Of The 20th Century

London is a city in constant flux. Throughout the 20th century it faced the struggles of war, technological advancement, a growing population, and an ever-widening class gap. London is a city that has continually been re-made and re-modelled, and this is reflected in the challenging literature it has inspired. Here we look at eleven writers, who through starkly contrasting means have best reflected this ever changing city. 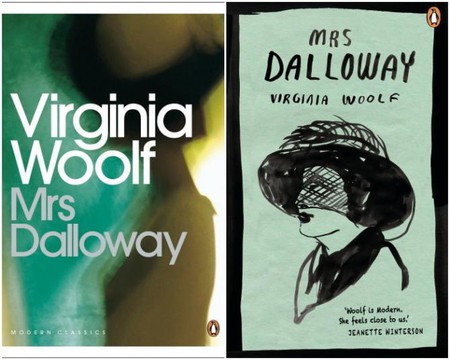 Virginia Woolf, it can be argued, is a writer that transcends lists such as this. A Modernist forbearer and pioneering feminist, her work and standing encapsulate for many, what it means to be a writer. As a leading member though of the famous Bloomsbury group, and as a prevalent intellectual and writer of London’s pre-war years, Woolf is perhaps ‘the’ London writer of her time. Through her testing, experimental novels, full of stylistic daring and lyricism, such as the heart rending Mrs. Dalloway (1925), and the mesmerising The Years (1937), not to mention her numerous essays and non-fiction works, Woolf was a writer who continually captured the poignancy of life in a London she knew so well.

Dublin born Elizabeth Bowen was a writer who sought to explore the secret hopes and desires residing beneath the social and moral veneer of a London middle-class built on respectability. Having had initial success with The Hotel (1927) and The Last September (1929), it was her work during and after the Second World War that came to define her as a great London writer. With The Heat Of The Day (1948), and her many short stories such as ‘In The Square’, and ‘The Demon Lover’, Bowen explored the impact of the ever present danger hanging over those that lived in London during the years of the Blitz, and these works are considered the quintessential depictions of London at that time. 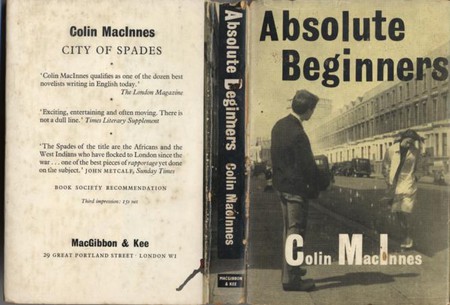 By the late 1950s the landscape of London had undergone enormous change. The first waves of immigration had settled, creating a new multicultural society, while an explosion in youth culture saw the rise of the ‘teenager’. One of the earliest writers to address this changing, multiracial, youth led London, was Colin MacInnes. Absolute Beginners (1959), the second book in his London trilogy, is arguably the most insightful and celebrated of these works. An evocative celebration of teenage rebellion, set against the backdrop of the 1958 Notting Hill riots, MacInnes’ London is one of Teddy Boys, of racial tensions, of new desires, and takes the reader on an odyssey through a changing and diverse city on the cusp of the ‘Swinging Sixties’

Award winning poet, novelist, and essayist, Iain Sinclair has explored the maddening contours of the London sprawl for over forty years. Whether it’s through the past, the present, or a post-apocalyptic future, Sinclair has documented the people, the places, and the stories that make London so unique. A keen student of the city’s political, and psycho-geographical history, Sinclair’s writing has dissected the very make up of London, via travel, Jack the Ripper, Margaret Thatcher, and the occult. Ambitious, and original, novels like White Chappell, Scarlet Tracings (1987) or Downriver (1991) are only the tip of the iceberg for an oeuvre never boring, and always seeking new, previously hidden territory. 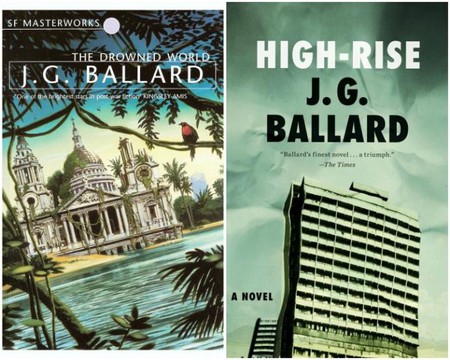 Like all great writers, J.G. Ballard is hard to pin down. Heavily associated with the sci-fi new wave of the early 60s, as well the more transgressive experiments of post-modernism, it is rare for him to be described as anything other than a visionary. In fact for many readers, Ballard’s writings are a genre within themselves, and since debut novel The Drowned World (1962) imagined a London submerged under water, the city has played a crucial role in a string of technologically fuelled nightmares. From Crash (1973) to Concrete Island (1974), High Rise (1975), and The Unlimited Dream Company (1979), Ballard subversively picked at the seams and unravelled the social and existential issues that run through the dark heart of London, while simultaneously transmogrifying the estates, motorways, and even the river, before casting them, like his characters, into the abyss.

Perhaps best known as the award-winning author of The Buddha Of Suburbia (1990), Hanif Kureishi first came to prominence as the screenwriter behind Stephen Frears’ My Beautiful Laundrette (1985), starring Daniel Day-Lewis. Drawing on elements of the racial discrimination Kureishi experienced in his youth, this story of a gay, Pakistani-British boy growing up in 1980’s London received huge critical acclaim, including an Oscar nomination for Best Screenplay. Two years later, Frears and Kureishi tried to repeat the trick with Sammy And Rosie Get Laid (1987), but it was The Buddha Of Suburbia, and later the Black Album (1995), Kureishi’s semi-autobiographical journey through the struggles faced by those seeking an identity and belonging in a culturally diverse city, that cemented his reputation. 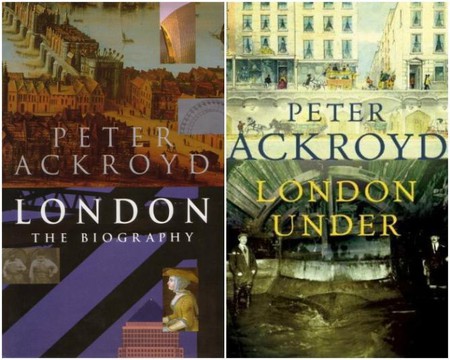 A noted writer, of a wide ranging, and stylistically diverse body of work, Peter Ackroyd, much like Iain Sinclair, has explored the city of London through its history. Where Sinclair has focused more on place, Ackroyd however has studied London through its great artists and thinkers. Having first got into, what he called, ‘the spirit of the place’, with The Great Fire Of London (1982), Ackroyd went on to produce works such as The Last Testament (1983), The House of Dr. Dee (1993), Dan Leno And The Limehouse Golem (1994), and the futuristic, subterranean, The Plato Papers (1999). This critically acclaimed sequence of work culminated in the career defining London: The Biography (2000).

Winner of the inaugural Sage Prize for his manuscript Some Kind Of Black (1996), Diran Adebayo was lauded as a leading voice of the ‘Now Generation’ before his novel had even been published. Once released Some Kind Of Black won numerous awards for its insightful, perceptive take on Black British culture, as well as its hedonistic, stylish, prose. Centering on Dele, an Oxford student with Nigerian roots, Adebayo unveils a London of drugs, music, fashion, Black activism, and like all the great London writers before him, captures the very essence of communication in London, with all its slang, its rhythm, and the mouldable qualities that allow an ethnically diverse city to come together. 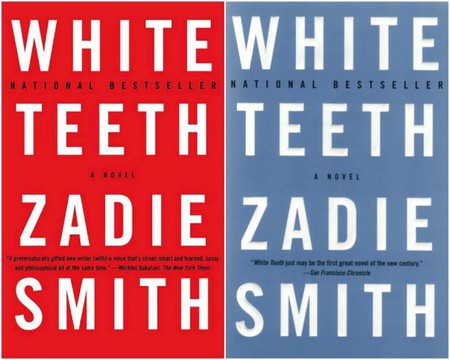 The multi-award winning Zadie Smith became a literary sensation in the late 90s when the rights to her uncompleted debut novel White Teeth (2000),and a yet to be written second novel, was sold for a six figure sum. Just twenty-one at the time, and still studying at Cambridge University, the publicity surrounding Smith brought intense scrutiny from critics already sharpening their knives. Despite this Smith’s vibrant, ambitious, multiple narrative exploration into the trials and tribulations of three ethnically diverse families living in multicultural London sold over a million copies, and received generally positive reviews. A winner of the James Tait Black Memorial Prize, the Whitbread Book Award, and The Guardian First Book Award, White Teeth cemented Zadie Smith’s place within the London literary cannon.

Whether imagining a London where every restaurant waiter is a would be writer, or a London where apes have evolved to become the dominate species, the grotesque satire of Will Self has been a polarising part of the city’s literary establishment since the early 1990’s. Having established a reputation with the short story collection The Quantity Theory Of Insanity (1991), Self’s archaic, almost maddening linguistic summersaults, have since produced an impressive body of work including Cock And Bull (1992), Grey Area (1994), Junk Mail (1995) and Great Apes (1997). The real success of his work though is its ability to lampoon the London elite, while addressing the issues surrounding mental health, drugs, psychiatry, gender roles, and social conformity. 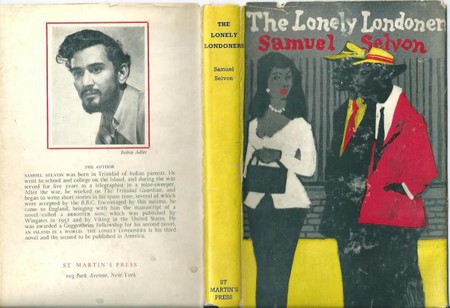 Author of the groundbreaking The Lonely Londoners (1956), a pioneering work depicting the struggles for social mobility of West Indian immigrants in 1950s London, Samuel Selvon started his career as a journalist in his native Trinidad. Having published numerous short stories between 1945-1950 under various pseudonyms, Selvon arrived in London as an unknown commodity on the literary scene. He quickly established himself however, with first novel A Brighter Sun (1952), which appeared to critical acclaim shortly after his arrival. It was the revolutionary The Lonely Londoners though that really established Selvon as a preeminent figure in contemporary literature. And despite controversy surrounding later London works, such as Moses Ascending (1975) and Moses Migrating (1983), Selvon’s voice remains a key part of London’s first steps towards cultural diversity.