London Restaurant Sick of Avocados, Bans Them From Menu 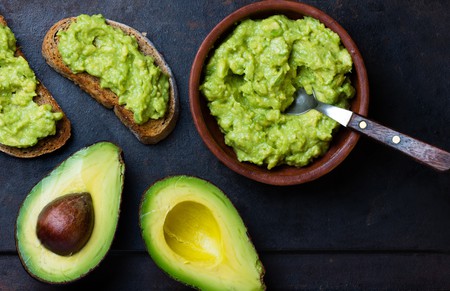 Avoooo-nooooo. Yes, that’s right, a London restaurant has gotten so sick of avocado nut jobs that they’re abolishing the green things from their menus. While brunch ‘grammers are gasping in horror the world over, the trendy restaurant admits to having grown truly weary of the magical ingredient. Its reasoning? To see the end of the avocado craze.

Executive Chef George Notley at London’s Firedog restaurant, told The Independent: ‘Our mission is to reinvigorate the morning dining scene in London, which has done avocado to death, and we’re frankly bored of seeing it on every breakfast and brunch menu.’

If you really think about it, the bloke does have a point. Since the glory days of 2015, the food trend has seen all sorts of crazy creations – not to mention those silly avocado buns and an all-avo restaurant in Amsterdam.

So what are they doing differently? The Aegean-inspired restaurant in Fitzrovia is replacing avos with other superfoods like fennel and pomegranate. Funny thing is, they are all over the Matcha craze, but who are we to judge. It’s a new trend after all.

‘The ever-evolving cooking methods used in Aegean street food inspired us to create a colourful menu rich in interesting flavours and fresh ingredients. All without an avocado in sight,’ Notley adds. Make sense.

Wondering what the avo-free dishes look like? Take a look at the cool Instagrams below: