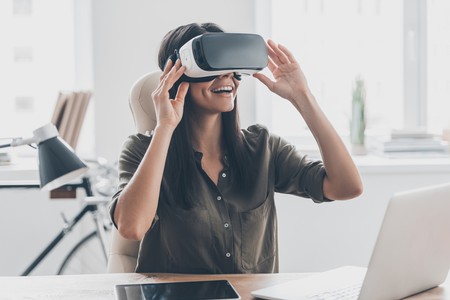 The UK technology sector was given a boost after London-based virtual reality company Improbable was valued at more than $1 billion after receiving $500 million (£388 million) investment from Japan’s Softbank.

Improbable was founded by Herman Narula and Rob Whitehead five years ago after they studied together at Cambridge University. The company’s technology enables developers to build huge worlds in virtual reality. This can mean spaces for video games, or to recreate real life environments and scenarios.

Beyond gaming, this new form of simulation on a massive scale has the potential to help us make better decisions about the world we live in,” Softbank Managing Director Deep Nishar said in a press release. “Improbable’s technology will help us explore disease, improve cities, understand economies and solve complex problems on a previously unimaginable scale.”

The company has grown fast since its inception in 2012. It now has nearly 200 employees and offices in both London and San Francisco. Improbable also has an agreement with Google to put its system on the search company’s cloud. That means small companies can make their own simulations without having to spend huge amounts of money on technical infrastructure.

“We believe that the next major phase in computing will be the emergence of large-scale virtual worlds which enrich human experience and change how we understand the real world. At Improbable we have spent the last few years building the foundational infrastructure for this vision,” said Narula, CEO of Improbable.

It’s a common lament in the UK’s technology sector: the country has so many excellent universities and talent, but the number of world-beating startups remains relatively low. Improbable seems set to change that, and put London at the heart of virtual reality innovation in the years to come.