The borough of Camden is well known in London for its one-of-a-kind market, the delightful walks down Regent’s canal and its prominent alternative lifestyle. Inspiring as it is for tourists and locals, its rich architecture and setting has also been a source of creativeness for numerous directors. As one of the oldest boroughs of London, it has been the set for ten of the most illustrious films of the past century. Here are our top ten films shot in Camden.

The Man Who Knew Too Much

This classic Hitchcock thriller tells the story of a man and his wife who find evidence of a forthcoming assassination attempt, as well as the fact that their son has been kidnapped. This 1933 to 1934 production partly took place in Morocco, but also in Camden Town. Originally intended to be filmed in Hollywood, parts of the scene in which Ben, one of the lead-characters, follows a red herring in a taxi to ‘Ambrose Chapel’ were actually shot in Plender Street and Royal College Street. 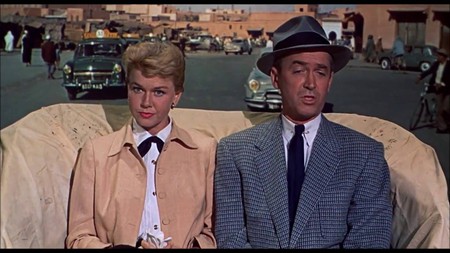 In this dark Mackendrick comedy of 1955, Alec Guinness and Peter Sellers star as members of a gang posing as a string quintet, who are given houseroom by an old lady called Mrs. Wilberforce. The entire movie takes place in the Camden area, featuring King’s Cross as the locale as well as parts of it being filmed in Argyle Street, and Frederica Street. Another Camden landmark featured is the Copenhagen Railway Tunnel in St. Pancras, the location for a body drop by the gang. 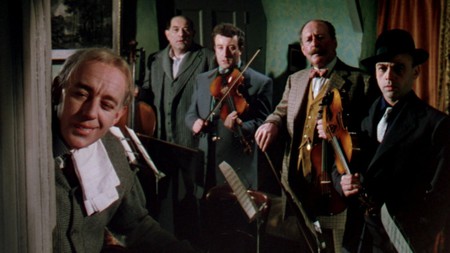 Alfie was a 1966 comedy directed by Lewis Gilbert. It shows Michael Caine, starring as an unrepentant ladies’ man from London, gradually beginning to understand the consequences of his lifestyle in a series of monologues to the camera. He delivers some of his lines on Camley Street, with the legendary Victorian gasometers in the background. Later on in the movie, the viewers can also catch glimpses of King’s Cross Station during a love scene, and recognise the scenery around the lock-keeper’s cottage, located right on Regent’s Canal.

Michael Tuchner offers us in Villain a realistic and rather violent thriller, where actor Richard Burton impersonates a mother-fixated, closeted gay gangster from the East End. It is based on the life of the renowned gangster, Ronnie Kray, and the London-based movie produces a few of its scenes in the Camden borough. Although most of the filming does take place in the Nine Elms area of the south, the local pub used is the still-renowned Assembly House on Kentish Town Road.

Monty Python and the Holy Grail

The all-time classic British comedy of the Monty Python and the Holy Grail by T. Gilliam and T. Jones is a very entertaining satire of the mythology of King Arthur and the Knights of the Round Table. Even if many of the scenes were shot in castles in Scotland or Wales, some, like those where we see Arthur approaching the first castle or Lancelot running to Swamp Castle, were filmed in the NW3 London – namely the meadows of Hampstead Heath. 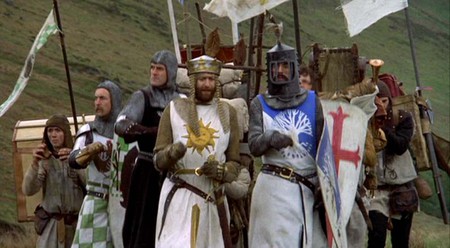 Tim Burton’s famous 1989 version of the movie series on the nocturnal crime-fighter Batman shows a glimpse of the dark alter ego of New York that is Gotham City. It features the story of the multimillionaire Bruce Wayne, played by Michael Keaton, who transforms into vigilante Batman by night to fight villains such as Jack Nicholson’s Joker. Part of the movie was shot inside the high gothic-styled building of Saint Pancras Station, in its Chambers. 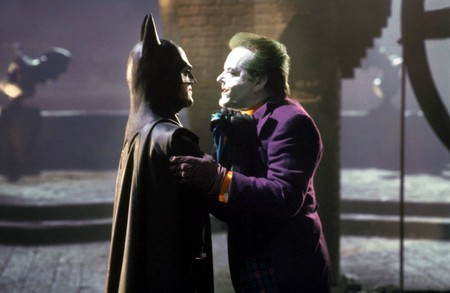 This movie features the story of Stu Sutcliffe, one of the original members of the Beatles who left the group before they hit the bigtime. Although the story is set in Liverpool and Hamburg, many scenes were shot in Camden, including the opening sequence at the ‘Anchor Pub’ in Liverpool – the location of the set is actually in Cheney Street, right behind Kings Cross station. Similarly, the re-enactment of the ‘Top Ten Club’ in Hamburg was done in the Dome in Tufnell Park, and the Odeon Camden on Parkaway was used for the scene of Cocteau’s screening of Les Enfants Terribles.

Four Weddings and a Funeral

This Mike Newell rom-com of the end of the last century tells the witty story of young, socially-awkward Charles – played by Hugh Grant. This good-natured Briton realises, over the course of five social occasions (four weddings and a funeral), that he has fallen in love. Although most of the scenes are spread around southern England, one of the weddings that he and his beloved both go to is shot in the old Hampstead Town Hall on Haverstock Hill, in the village of Hampstead. 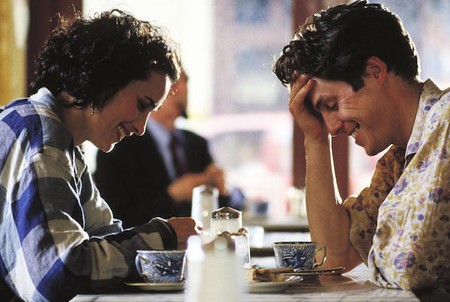 The 2006 comedy-drama film Venus, written by Hanif Kureishi, features the end of the life of a veteran actor, Maurice, who finds himself falling in love with Jessie – his friend’s great-niece. Taking place in London, Kentish Town is at the heart of the plot, with Maurice’s flat being at 61 Athlone Street and the Cabin Café on Willes Road featuring as an important location for the pair of actors. Jessie also models at a life drawing class on Holmes Road and buys her earrings at ‘Dawson & Briant’ (now ‘Albemarle’) on Kentish Town Road.